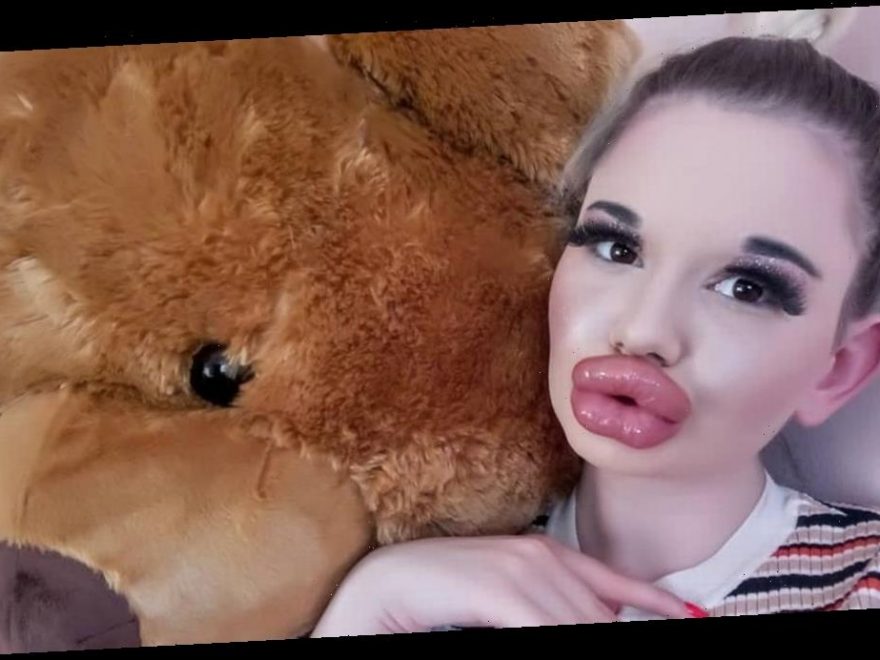 A “real-life Barbie” who has spent thousands on fillers to get the biggest lips in the world has had her 21st injection.

The lip filler-addict has quadrupled the size of her lips despite being warned not to by doctors.

Andrea Emilova Ivanova, 22, from Sofia, Bulgaria has spent huge sums of cash plumping her pout with hyaluronic acid – a substance naturally made in the body.

The young woman shared her massive kisser with her 62,100 followers on Instagram.

Are you for or against lip fillers? let us know in the comments section… Andrea explained, "Two weeks ago, I did my 21st injection because I want to keep the volume in my lips and make them look bigger.

"Hyaluronic acid is broken down by the body within a few months and the lips get smaller, so I have to keep adding more in regularly to make them look bigger."

Andrea has had so much filler added to her lips that her top lip nearly touches her nose.

Despite going forwards with the procedure, Andrea was warned that more filler could be dangerous.

Andrea added: “My doctor was worried about me and said my lips were too big so wanted to remove all the hyaluronic acid from them and make my new lips smaller but with a bit of a different shape.

“But I flatly refused and told him that I would continue to enlarge my lips.”

She continued: “He thinks it is dangerous to have so much hyaluronic acid in my lips and to add new injections so often, but for now I have no side effects and complications.”

The philosophy student noted: "I really like my lips to be big and I do not intend to remove any of the injections, only to make them even bigger.”

Andrea pays £135 for each filler treatment and has said she struggles to remember how much filler she has in her pout.

Andrea began getting the injections in 2018 and says that she gets compliments from fans about her huge lips.

However, she gets plenty of hate for them too.