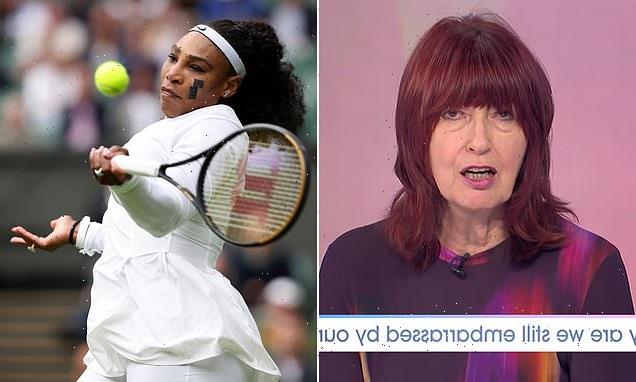 ‘It should happened 10 years ago’: Loose Women praise Wimbledon’s plans to relax all-white underwear rules to accommodate players during their periods

Wimbledon’s plans to relax its strict all-white underwear rules to accommodate players on their period ‘should have been happening ten years ago’ and isn’t ‘special’ nor ‘kind’, Loose Women panelists have said.

‘I think they’ve been campaigning for it for ages,’ she said. ‘It’s a place where rules are very, very important…I really, really welcome this.’

‘If you’ve got a period, you’ve got to think about it,’ she added. ‘Playing a game of tennis whilst wearing white pants would be my idea of living hell.’ 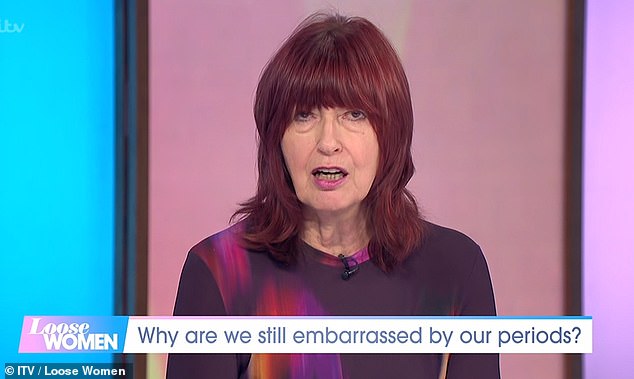 Janet, 75, added that she doesn’t want to see Wimbledon athletes ‘festooned with slogans’ or wearing bright dresses laden with logos, as she has seen permitted by other competitions.

Panelists also opened up about the feeling of having your period come when you’re unprepared, and dealing with the embarrassment from a leak.

Brenda Edwards added that it would aid players in keeping their mind on the tennis, rather than feeling concerned with their undergarments.

‘There’s a competitiveness there,’ she explained. ‘If you’re thinking about “I’ve got to win, I’ve got to win”. The last thing you want to think about is “I’ve got to find some way of sorting myself out”.’ 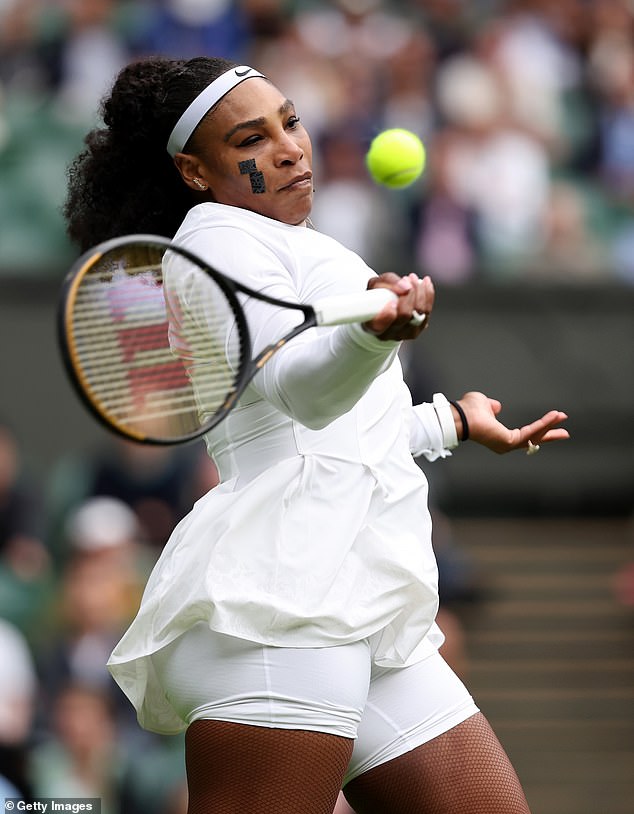 It comes as Wimbledon is set to relax its ban on women players wearing coloured underwear after coming under pressure to fall in line with other sports.

The All England Club is likely to announce that for next summer’s Championships its unique all-white rule will be modified to take account of the issues that female competitors can face with their menstrual cycles.

According to well-placed sources at SW19 the players will still be compelled to wear white clothes on top, but there will no longer be that requirement when it comes to knickers or undershorts.

Last week Judy Murray, in an interview with Sportsmail, declared that she felt it high time that Wimbledon became more aligned with other professional athletic pursuits in terms of making the dress code more female-friendly. 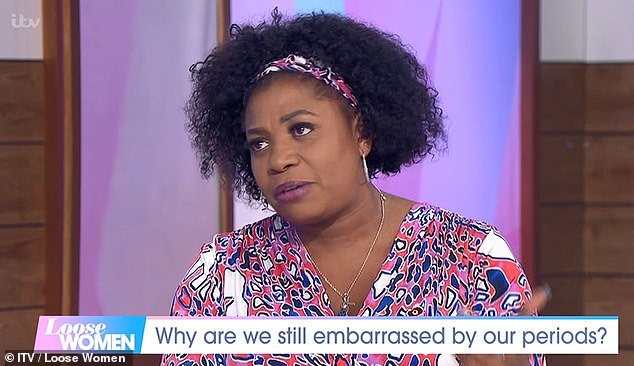 Brenda Edwards added that it would aid players in keeping their mind on the tennis, rather than feeling concerned with their undergarments 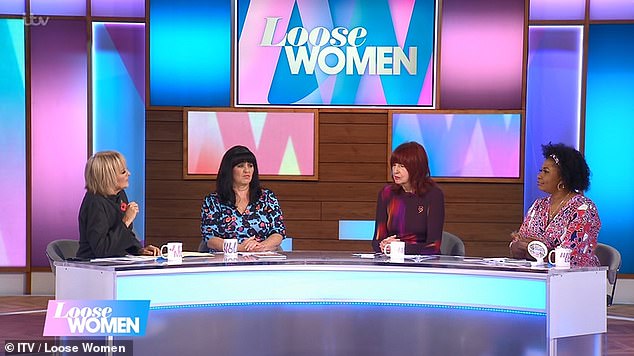 Panelists also opened up about the feeling of having your period come when you’re unprepared, and dealing with the embarrassment form a leak

‘One of the biggest problems previously in sport was that it was always white shorts, white kit and so on in lots of different sports. Everything was white. Nearly all sports have moved over to colour now,’ she said.

‘I think it’s certainly a much more open talking point, if you are wearing all white and then possibly have a leak while you’re playing. I cannot think of a much more traumatic experience than that.

‘When all matches are televised and streamed now, it is something that needs to be considered. It’s one of those things, when something like that becomes a talking point, decisions have to be made on it. However it’s really important, too, that we have lots of women on the decision-making panel, because they understand what that’s like to have menstrual cycles and they understand the fear of that happening while playing.’ 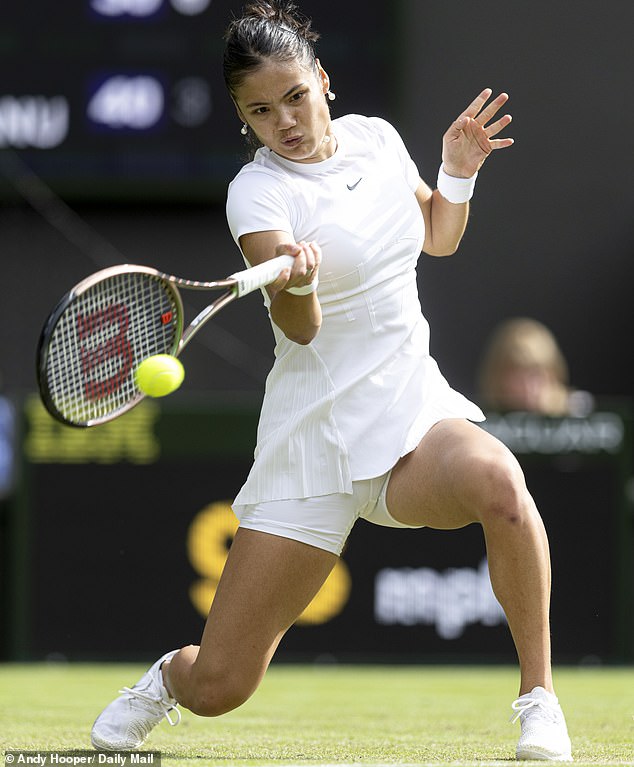 Wimbledon responded that ‘Prioritising women’s health and supporting players based on their individual needs is very important to us and we are in discussions with the WTA, with manufacturers and with the medical teams about the ways in which we can do that.’

Sportsmail understands that those talks have moved on quickly, and that it will be confirmed shortly that a new rule will be in place for 2023.

There have been intermittent issues over the colour of underwear before now, with players long since frustrated by the restrictions. Before this summer’s final a small protest was held outside the gates by those opposed to the rules, calling themselves Address The Dress Code. Four years ago Australian star John Millman had to send his father on an emergency shopping mission after being asked to change his dark coloured underpants.

Britain’s leading women are in Glasgow this week for the Billie Jean King Cup finals – the self-styled World Cup of women’s tennis featuring 12 teams – for which they have been given a wildcard as host nation. 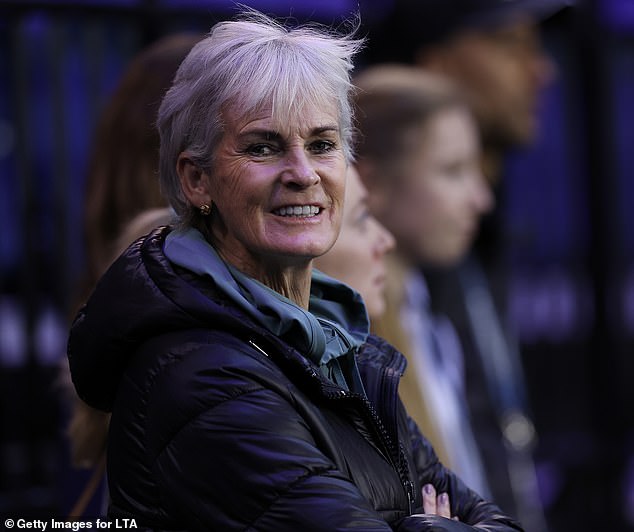 Today they face Kazakhstan in their opening match at the Emirates Arena, with Anne Keothavong’s squad the outsiders to progress from their three-team group to the semi-finals, especially given the absence of Emma Raducanu, who remains the national No 1.

The management of Raducanu, who is recovering from a sore wrist, played down reports that Harry Kane is playing a mentorship role with her, although the two of them have spoken in recent months. She hopes to be back practising in the middle of the month.

Without her they will have to play above their rankings to upset Spain and the Kazakhs, who can boast Wimbledon champion Elena Rybakina as their No 1 player, likely to take on Harriet Dart on Wednesday.

Rybakina missed out on a place in the year-end WTA Finals which conclude overnight on Monday in Fort Worth, Texas. The event landing there at relatively short notice, it has been blighted by a lack of local interest with sparse crowds inside a 14,000-seat venue. 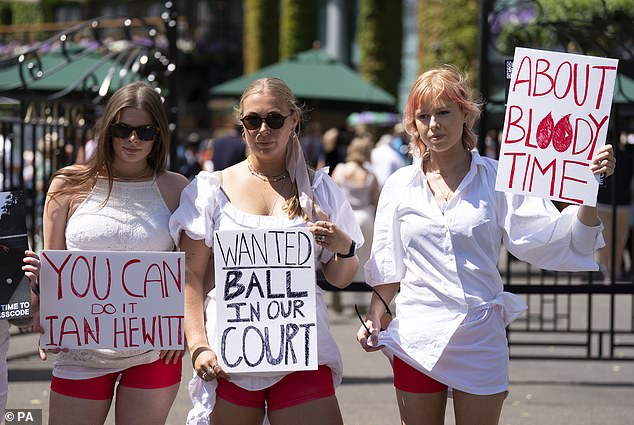 The issue was highlighted by a protest outside the gates of Wimbledon this summer, which used the slogan ‘Address the dress code’

Hosts the Lawn Tennis Association hope that the numbers will be better in Glasgow, although this week has been hit by the withdrawal of the world No 1 Iga Swiatek, who has declined to play for Poland due to the inexplicably poor organisation of the two events’ dates almost clashing.

The highest ranked player on view is America’s Coco Gauff, whose solid progress this year now sees her as world No 4. She was yesterday hotfooting it from Texas after a disappointing showing in the finals.

Great Britain will struggle, on paper, in the company of a healthy smattering of top 20 players. However Katie Boulter, the likely No 2, beat her opposite number on Tuesday, Yulia Putintseva, when the two teams met in the same competition at London’s Copper Box in 2019.

Captain Anne Keothavong remains optimistic, saying: ‘It’s just a different dynamic when you come into this kind of competition from what you would experience on a weekly basis and hopefully they all feel well supported. They will feel the love and the fact that we’re playing in front of our home crowd should help lift them when they’re out there in the heat of battle.’