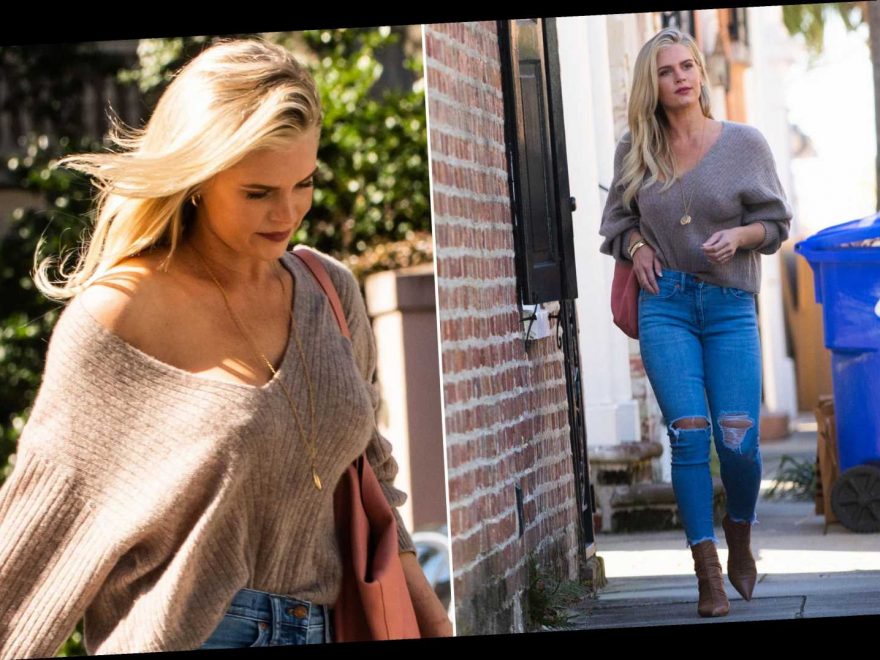 “Southern Charm” star Madison LeCroy was photographed Tuesday looking gorgeous as she checked out the progress of her new salon.

The 31-year-old Bravo personality is currently in the process of establishing her upcoming “Maven on Society” salon, located in Charleston, South Carolina.

The blue-eyed, blonde was pictured wearing distressed skinny jeans, an off the shoulder beige sweater and tan heeled booties as she hit the streets. 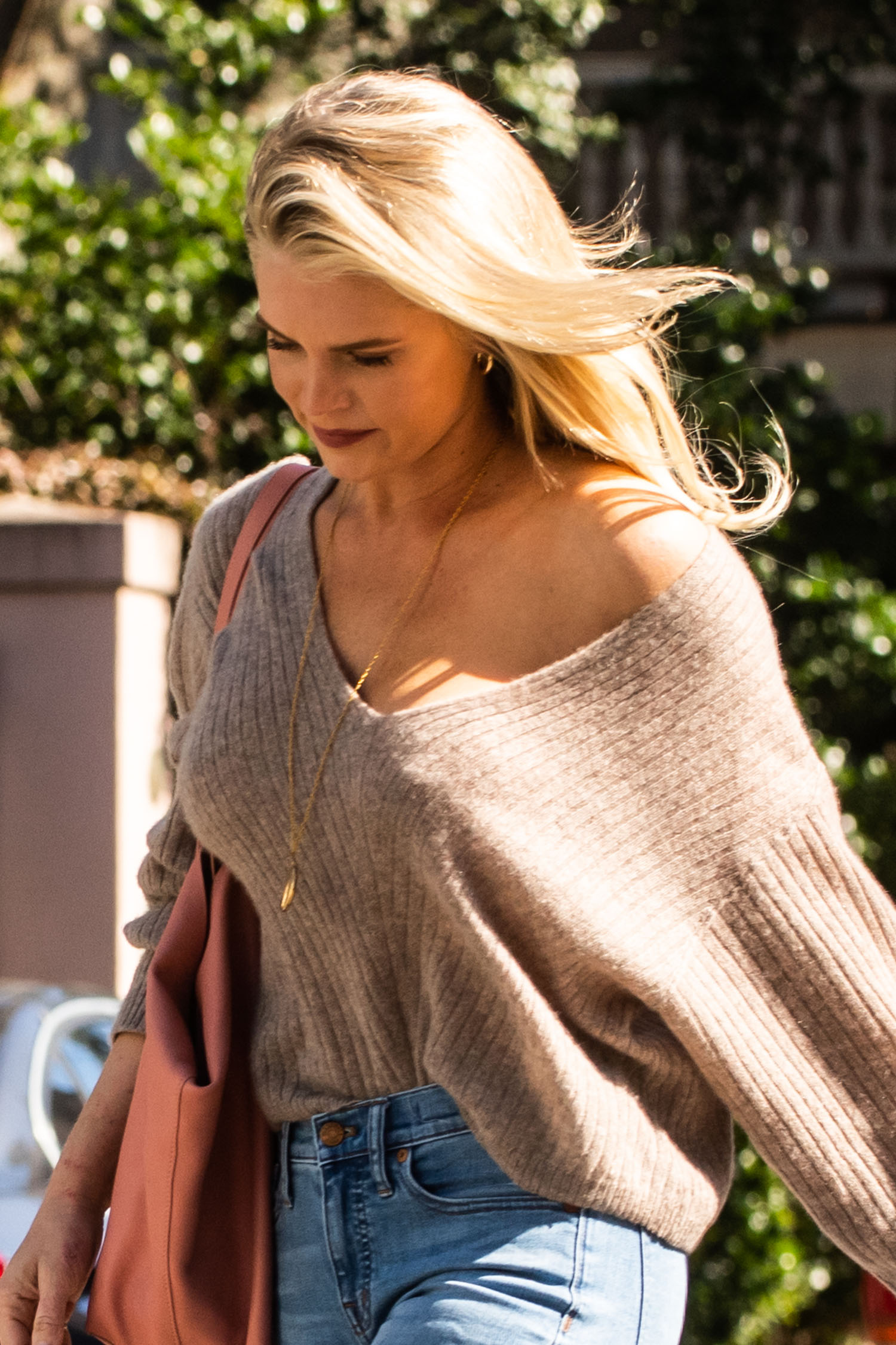 LeCroy was seen stepping out just weeks after denying rumors of an alleged tryst with Alex Rodriguez, telling Page Six last month that she and the ex-MLB star have never met in person, and only spoken on the phone.

“He’s never physically cheated on his fiancée with me,” she told us, adding that she’s “talked to him randomly, but not consistently.” She did not reveal the content of the calls but said they were “innocent.” 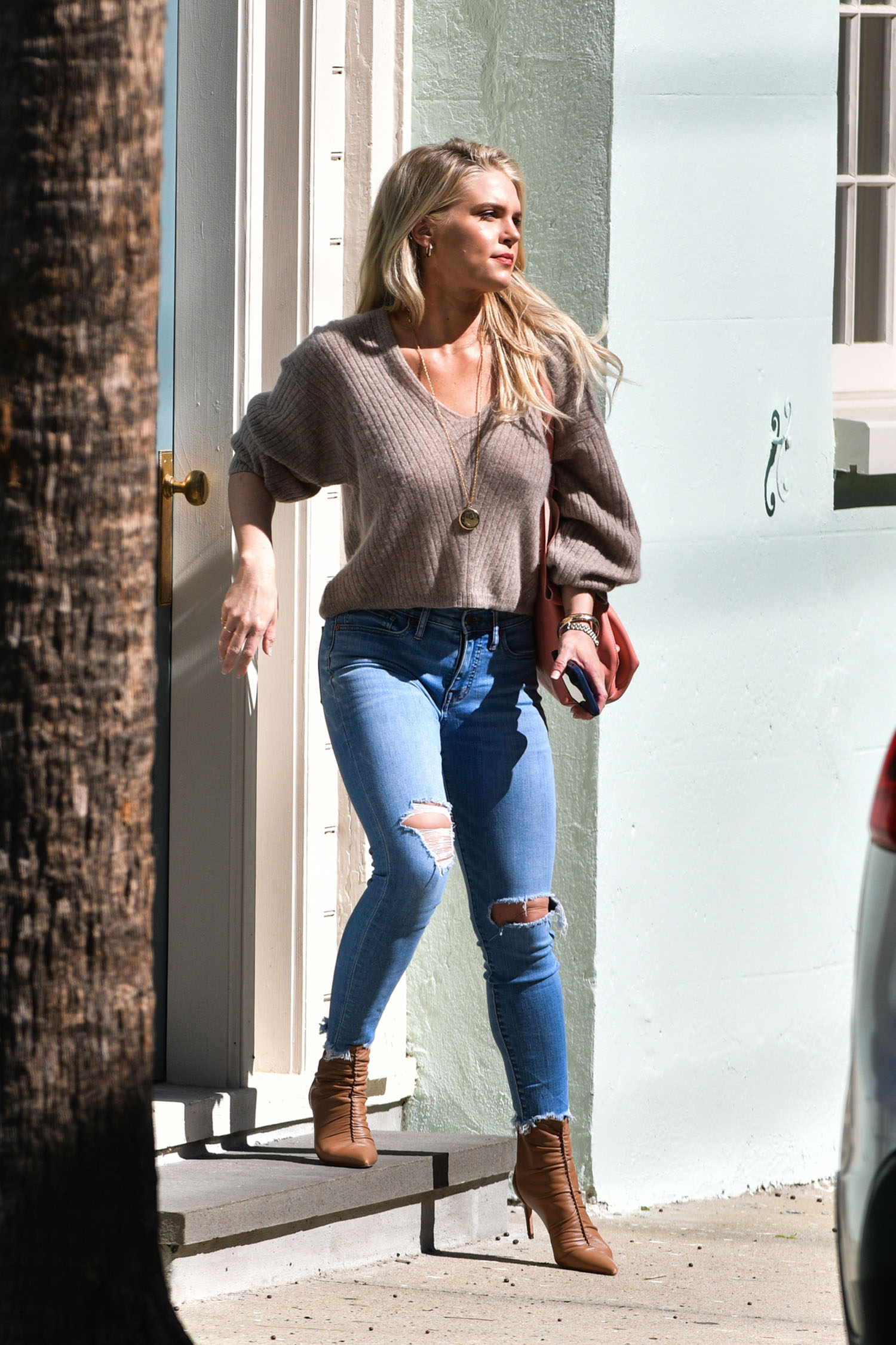 More recently, LeCroy has been taking more pride in her looks, sharing a topless photo of herself while praising her plastic surgeon.

“Plastic surgery. Two words I hadn’t given much thought to. I never thought I would need, much less want, plastic surgery,” she wrote in the post. “Recently I was introduced to Dr. Patrick O’Neill and he gave me my confidence back and transformed the parts of my body that I was most self-conscious about. Women should never be shamed for doing anything that makes themselves more confident or love themselves more.” 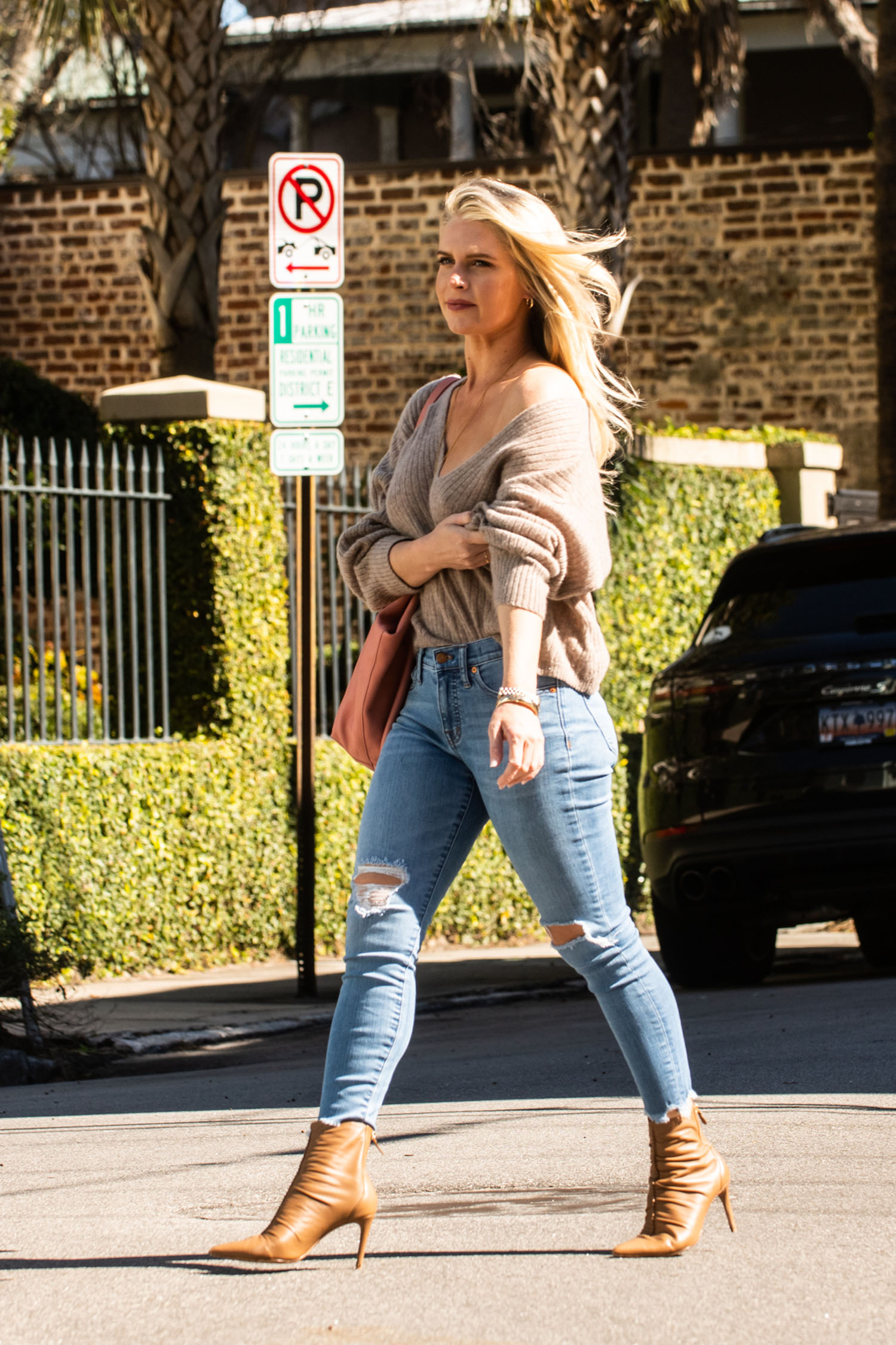 “If it makes you feel better about yourself, do it,” she went on. “If your sister, mother, daughter or friend is considering doing something to boost their confidence and self-worth, then support them! Just like Dolly Parton said, ‘If I see something saggin’ , baggin’ or dragin’, I’m gonna have it nipped, tucked or sucked.’”

She didn’t identify what type of plastic surgery she’d had, but LeCroy, who has a young son named Hudson, previously showed off results of a breast enhancement.