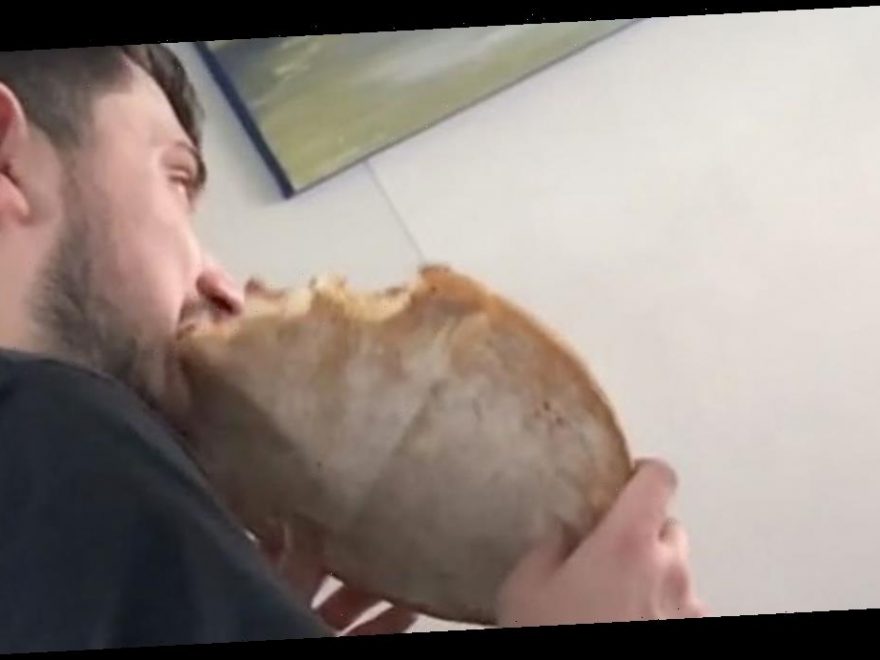 A video of a man eating a pizza has caused a fierce discussion after some people branded him "psycho" and others said he was "inspirational".

In the clip, filmed by TikTok user @jakejeans, a man sits on a bed with his pal, watching a TV show.

Panning the camera around, his mate comes into view eating a pepperoni pizza in a very novel way by holding the whole thing in his hands and casually nibbling towards the centre.

The pizza-eater looks nonchalant but his pal is apparently speechless and captions the clip with "…" – leaving other people to debate the weirdness they have just witnessed.

The video has been watched more than 780,000 times and racked up thousands of comments, with many people weighing in on the strange eating habit.

One person wrote: "Leave him be. He looks like one of them happy squirrels in the park eating a single potato chip, holding in both hands."

A second joked: "He’s so inspirational! A trendsetter! So revolutionary!"

"I’m Italian and that’s kinda sus but we don’t judge," commented another.

Other viewers were appalled and didn't hold back in their criticism.

"That is psycho energy if I’ve ever seen it," said one.

"Is he okay?" asked someone else.

"No sharing?" someone else commented.

In other pizza news, Aldi has released a new 99p garlic bread pizza dough that tastes "just like Domino's" according to fans.

And this step-by-step recipe shows you how to make delicious pizza dough at home using flour and yeast – a fun activity for kids.