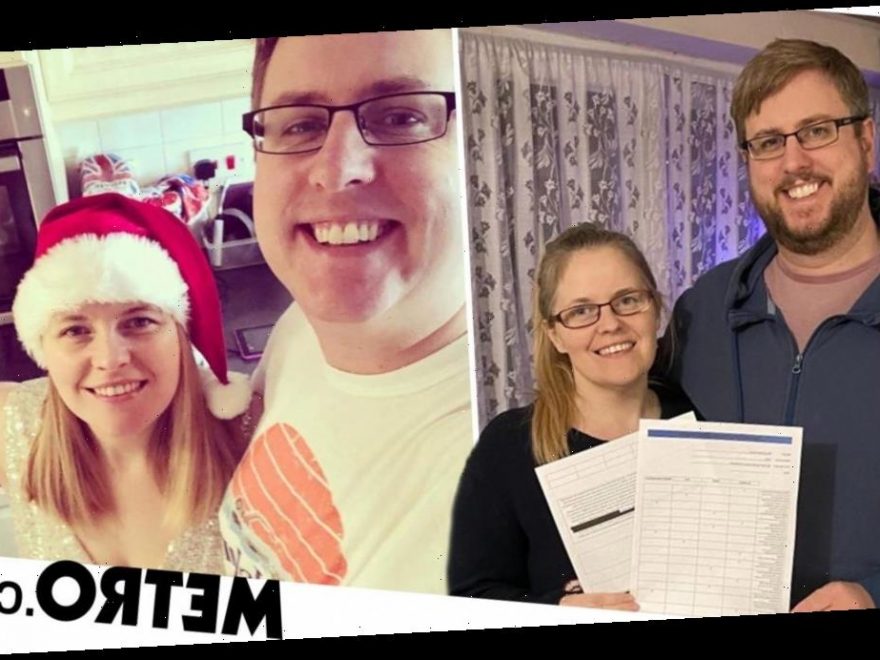 Today in ‘heterosexuality is fundamentally broken’ news comes this tale of woe.

A man has shared his wife’s ‘annual review’ where he assessed her performance as a housewife – rating everything from how much she smiles while she does her ‘duties’ to her performance in bed.

Chris Stares took his wife on a ‘work’ Christmas where he presented her with a complete an annual review of their marriage as her ’employer’ – including feedback on her ‘bedroom performance’.

He gave full-time mum Sophie Stares with the two-page report while out for their pub lunch, complete with a detailed table grading her on 18 aspects of family life.

The self-appointed ‘line manager’ used the form to jokingly take aim at her conflict resolution skills and her unwillingness to accept criticism, marking them as ‘needs improvement’.

The dad-of-five even concluded the report with a summary and ‘performance improvement plan’, which requests his wife of 14 years acknowledge that ‘sometimes your husband does know best’.

The 18 aspects included in Sophie’s review included ‘attitude/respectfulness’, ‘work quality’ and ‘accepts criticism’ along with comments on her washing and ironing abilities, among other things.

Sophie, 38, joked her partner was ‘wise to do the review in public’, but she does admit she was flattered to see some of her hard work being graded ‘excellent’.

Chris divulged he was ‘very complimentary’ of Sophie’s performance between the sheets too but stopped short of revealing naughty details their ‘children shouldn’t be reading’.

The 39-year-old admits he momentarily thought he was going to regret handing his wife the chart but backed it as ‘all valid’.

IT Support Worker Christopher, from Purley on Thames, Berkshire, said: ‘We’d arranged to go out together and Sophie said it’s “mummy’s Christmas do”, because she doesn’t get one as a full-time mum.

‘I thought if it’s Christmas do, you can’t have one of them if you haven’t had an annual review yet.

‘On Thursday while Sophie was watching I’m A Celebrity* Get Me Out of Here!, I told her I’d try to get a better gas and electric deal but I did [the review] without her knowing.

‘I wasn’t quite sure how it’d go. If she’d had a good day, she’d see the humour in it, but if it was a bad day it was going to be a really awkward lunch. Luckily it was a good day.

‘There was a moment when I handed it over where I thought “I’m not sure I should have done this, I’ve made a terrible mistake”, but she took it well and I think it’s all valid.’

Although Sophie saw the funny side, after the couple shared the documents on Facebook, some others weren’t quite so entertained.

Another said: ‘This is not funny and damn-right degrading. I would be livid if my husband thought of himself as my line manager.’

A third added: ‘If my husband gave me this, however funny he thought it was, he would be looking for a new wife. I honestly think this is a terrible idea.’

Full time mum Sophie said: ‘We’ve been together 18 years next year, so I’m quite used to him doing things like that, and he’s joked about doing these reviews but I’ve always said “don’t you dare do it”.

‘I sat there and read through it at the table. I think he was wise to do it in a public place with people around so I laughed it off. Luckily I saw the humour in it. It’s Christmas.

‘I was thinking “oh my god you’ve actually taken to do it”, but I don’t agree with some of the scores at all. It’s a good job I was in a good mood. I’d definitely appeal.

‘The good things I liked and I’ll agree with, but with the point about stocking piling rice I don’t because it meant nobody went hungry during lockdown.

‘I’ve not given any feedback yet, but I’ll definitely get around to doing that.’

Former HR worker Sophie has told Chris to ‘watch this space’ because she might make a review of her own next year.