How to build a ‘better’ brain: Ironman, 30, says sex, exercise and what you eat can transform your health and intelligence

It is never too late to ‘build a better brain’ according to a Bondi Ironman who has revealed sex, blueberries, green tea and meditation can help to improve your mind.

Andras Koncz, 30, rises early every morning to meditate, another key part of building a stronger brain, before watching the sunrise over Sydney’s most famous beach.

He is happy, successful and healthier than ever, and claims it is because he dedicates time every day to ‘improving his brain’. 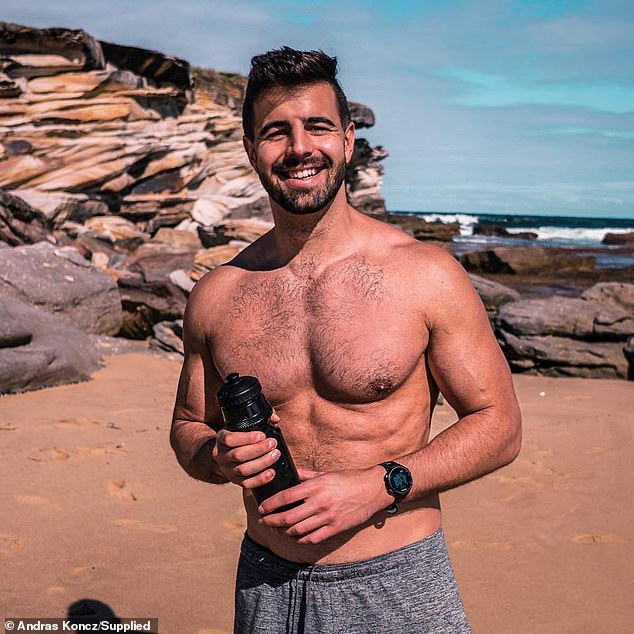 It is never too late to ‘build a better brain’ according to a Bondi Ironman who has revealed sex, blueberries, green tea and meditation can help improve your mind 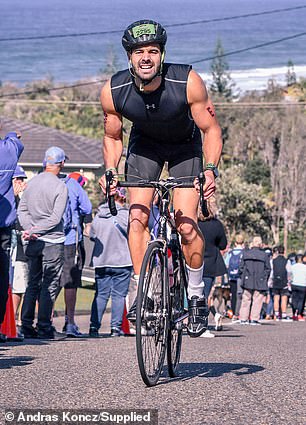 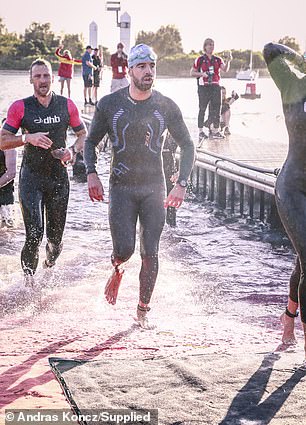 Andras Koncz, 30, is promoting active neurogenesis – or the building of new brain cells – after he said being mindful of the process changed his life and even helped him become an Ironman 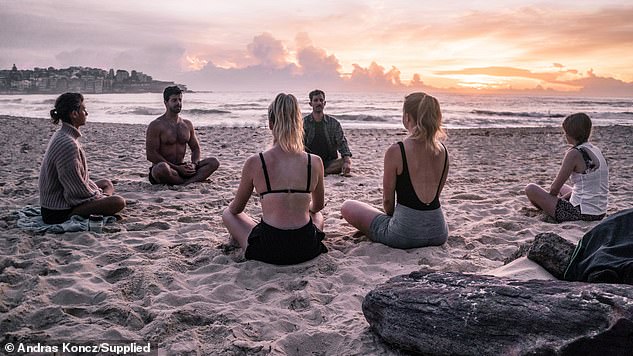 And in four years he has gone from an anxious, depressed, lonely and stressed university student to a thriving business man with a tight social circle and ‘excellent mental health’.

‘In the 1950s people thought you were born with a certain amount of brain cells and that was that. But it isn’t true, we now know of a thing called neurogenesis – that we continuously regenerate brain cells,’ he told Daily Mail Australia.

Originally from Hungary, the 30-year-old businessman, has been interested in neurogenesis for a long time, eagerly studying it for years.

Neurogenesis is the process by which new neurons are formed in the brain.

It is crucial when an embryo is developing, but also continues in certain brain regions after birth and throughout our lifespan.

The mature brain has many specialised areas of function, and neurons that differ in structure and connections.

It is now accepted to be a normal process that occurs in the healthy brain.

Research shows that high rates of neurogenesis are associated with:

But it wasn’t until he came to Australia to study, and found himself socially isolated and stressed over university that he put what he had learned into practice.

‘I was super stressed, depressed an anxious and knew I needed to take control of my mental health,’ he said.

He implemented what he knew about diet, exercise, socialising and mindfulness and soon his life turned around. 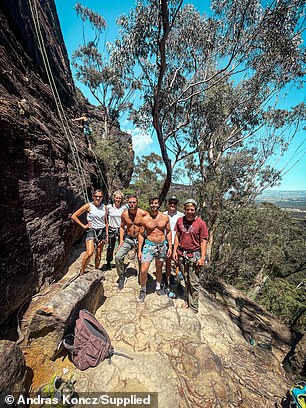 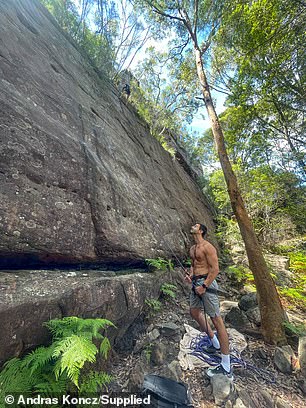 The business man says socialising is important and should be done every day – he spends his weekends with friends, camping and rock climbing

WHAT CAN PEOPLE DO TO BOOST THEIR NEUROGENESIS?

These are Andras’ top tips to boosting neurogenesis:

1 – Cardio exercise – this increases your ‘feel good’ hormones and mood. walking is good but breaking a sweat like when swimming, running or having sex is better.

2 – Meditation and other mindful practice – this helps to increase the volume and density of grey matter in the brain. this helps with anxiety and stress.

3 – Socialising – surrounding yourself with people you love and trust is important – humans are social animals and being near these people is stimulating for our brains. It is important to socialise at some stage on a daily basis.

4 – Diet –  The top ingredients for boosting neurogenesis include blueberries, curcumin (the active ingredient in turmeric) and  green tea extract. But the issue is the amount you have to consume (For example ten cups of green tea each day).

‘It helped me a lot, I finished my degree and even did an Ironman,’ he said.

‘Then I realised I needed to share what I knew because one in five people suffer from poor mental health which means it is a big issue,’ he said.

He used to spend hundreds of dollars of supplements which help boost levels of neurogenesis, the issue with many of the supplements is the amount you have to consume for them to be effective.

‘Green tea is very effective, but you need to drink more than ten cups a day to get enough out of it and that is not practicable,’ he said.

So he decided there was a space in the market to sell these supplements in an easy-to-use product.

So Neurogen Australia was born – at first he and his close friends were using the product but he recently made it available online to everyone. 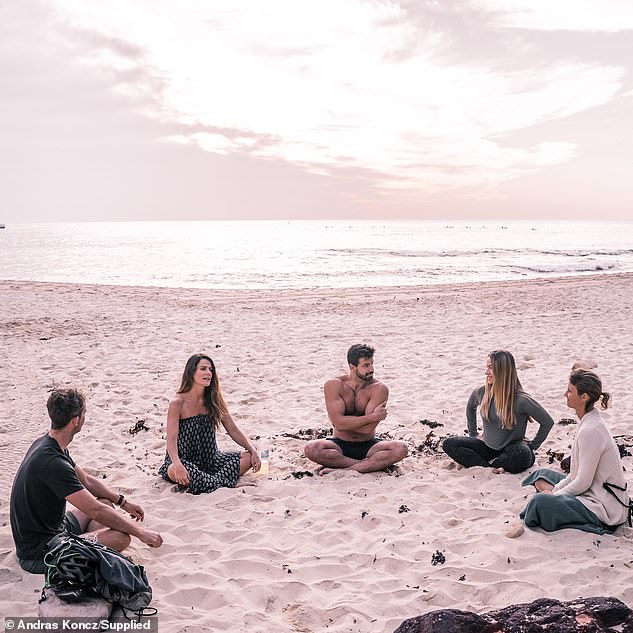 On Mondays Andras meets with friends to watch the sunrise, set intentions for the week and run along the beach 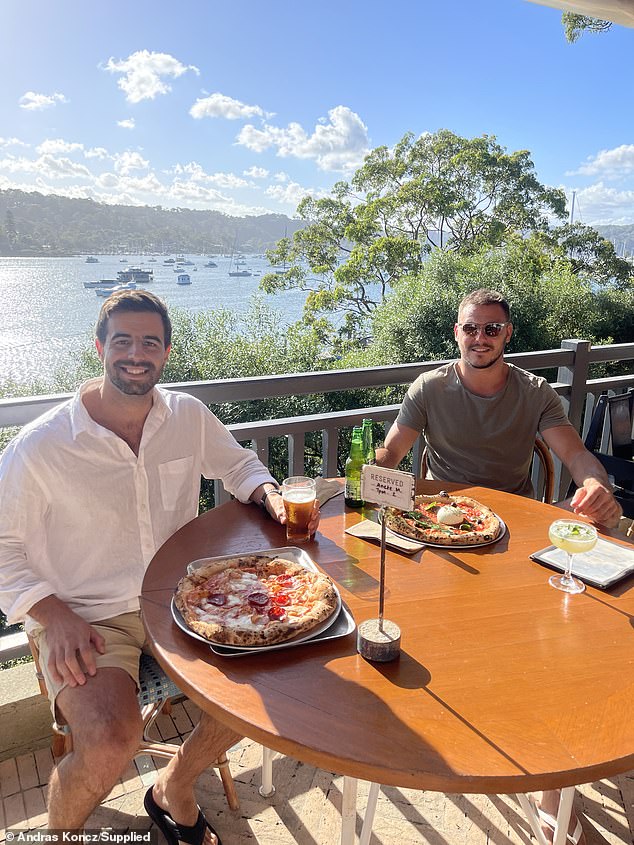 On top of taking his supplements he makes sure his ‘days are framed’.

‘I have two anchor points, the morning and the evening,’ he said.

He wakes up before the sun so he can meditate sets his intention for the day, flexing his mind, then pushes his body to the limit by going for a grueling run along the beach.

And all in the name of science – and building a better brain.

Then at 5pm he starts to wind down his day with a visit to the gym. By 9pm he is in bed with his phone and its distractions in the other room. 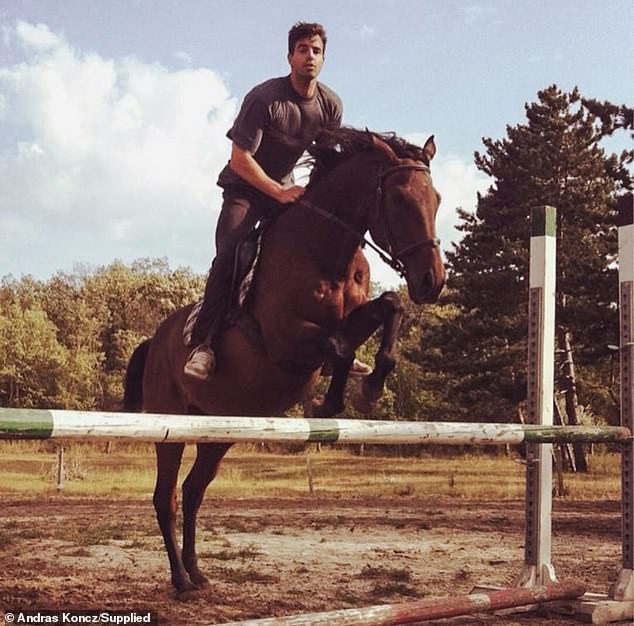 5.30am, wake up and start the day with mindful meditation (before reaching for the phone). Andras has a yoga mat next to his bed so he doesn’t get distracted and finds it easier to get in a deeper, mindful state when he has just woken up.

6am, head to the beach for the sunrise.

(After sunrise) Jog to North Bondi and then do a full sprint back. He says he never regrets getting up for his morning routine and it leaves him with ‘all the good’ hormones.

Then he goes for a swim before setting his intentions for the day.

(On Mondays he meets with a group of friends and sets his intentions for the week with them.)

Then he has breakfast and starts his work day.

5pm, finishes work day and goes to the gym for 90 minutes.

Between 6.30pm and 9pm he eats and does as he pleases that day.

9pm, is bedtime. He will often read a book until he falls to sleep.

He has a ‘very clean’ diet which leans heavily on rice, chicken and vegetables as well as ‘a few litres of green smoothies’ each day and his Neurogen supplements. He has ‘almost completely’ stopped drinking coffee.

The Neurogen supplement he takes is a blend of proven ingredients is designed to support neurogenesis – the birth of new brain cells.

One scoop daily promises to help improve memory and focus, regulate mood and stress, and boost your vitality.

The product is available online from $77.60 per month. 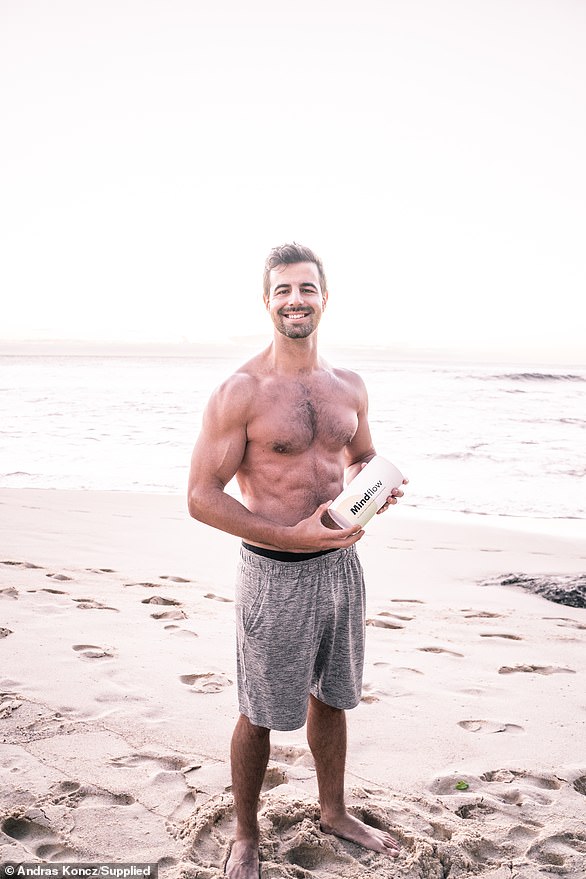 ‘Sleep is crucial for mental health, there is no quick fix or magic pill,’ he said.

‘Good quality, deep sleep is how the brain cleans itself from toxins.’

Now Andras leads a very happy life, he successfully runs two businesses from his Bondi home, has a supportive network of friends and spends his free time ‘getting back to nature’.

‘What we do is based on science but I also want to remove the stigma, mental health is a big thing, a big buzz word. But I wanted to show off a lifestyle that is cool and appealing – but also fixing mental health,’ he said.