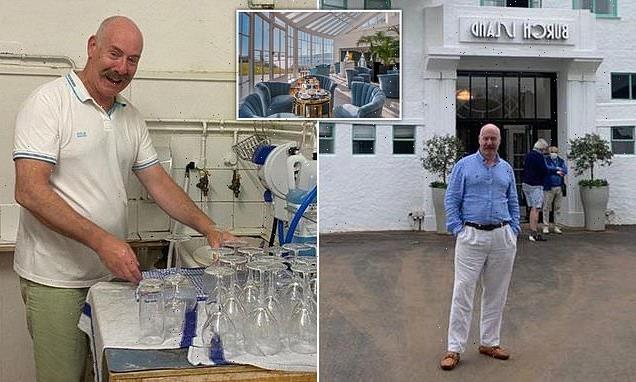 Millionaire owner of luxury Devon hotel says he’s so desperate for staff, he’s washing the pots HIMSELF – after his employees found new jobs while on furlough and hospitality industry is hit by foreign worker exodus

The millionaire owner of a luxury Art Deco island hotel in Devon has revealed he’s been forced to wash the pots in the kitchen himself – because of ongoing staff shortages in the hospitality industry.

Giles Fuchs, 56, owns a 70 per cent share of the Burgh Island Hotel, which he helped buy for £8.5million three years ago, but says his business has been hit by former staff finding jobs elsewhere while on furlough during the pandemic.

The last two weekends have seen a return to pre-pandemic levels of guests visiting the South Devon island, with not enough staff to attend to them.

The trade organisation UK Hospitality reported this week a shortfall of 188,000 staff in the hotel industry caused by the pandemic – with many foreign workers returning to their home countries and furloughed staff finding new jobs. 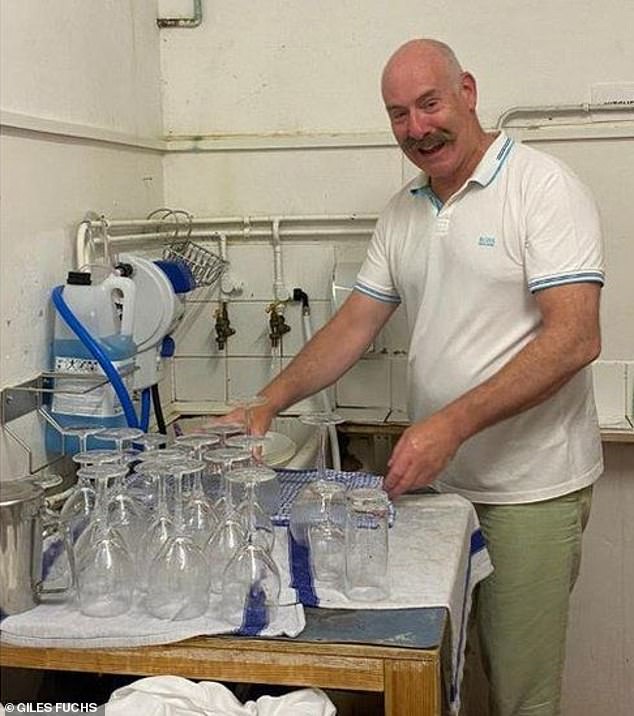 Get the marigolds on! Millionaire hotel owner Giles Fuchs, who bought a 70 per cent stake in the £8.5million Art Deco Burgh Island Hotel in South Devon in 2018, says a staff shortage due to the lockdown has seen him spend the last two weekends washing up in the hotel kitchen 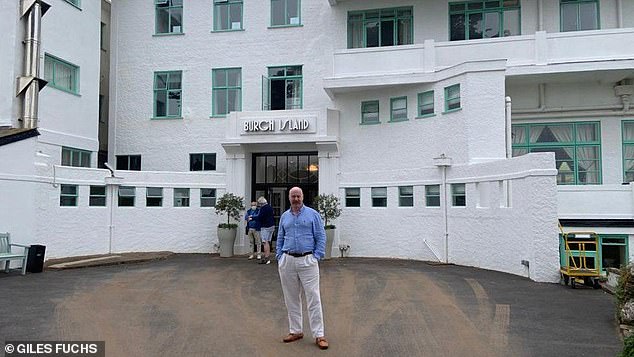 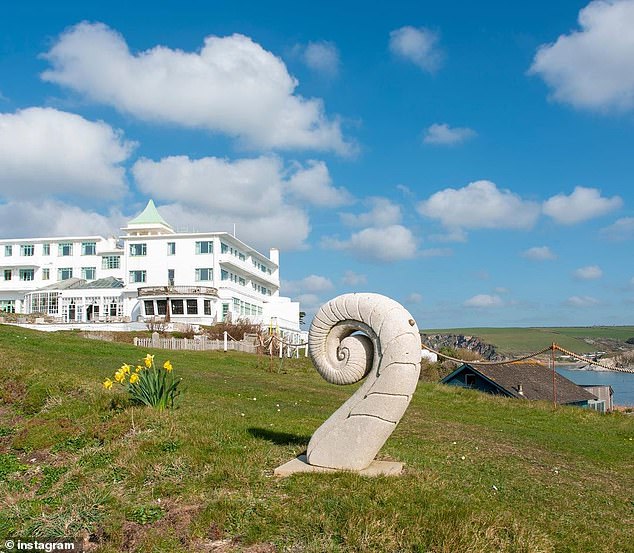 Mr Fuchs said he’s been so desperate not to let standards slip he’s reached for the fairy liquid. This week, the trade organisation UK Hospitality reported a shortfall of 188,000 staff in the UK hotel industry – with many foreign workers returning to their home countries and furloughed staff finding new jobs

The hotel, which dates back to 1929, is already booked up until November and Mr Fuchs said he’s been so desperate not to let standards slip after re-opening that he’s reached for the fairy liquid and rolled his sleeves up.

He told the BBC: ‘It’s not that we cannot run a full service, it means the staff were working very long hours.”

‘So I drove down to do that job that no-one wanted to do. I’m not fit enough, my back is murder.’

Burgh Island, by Bigbury-on-Sea beach, in South Devon is connected to the mainland by a spit of sand that’s only walkable at low-tide. 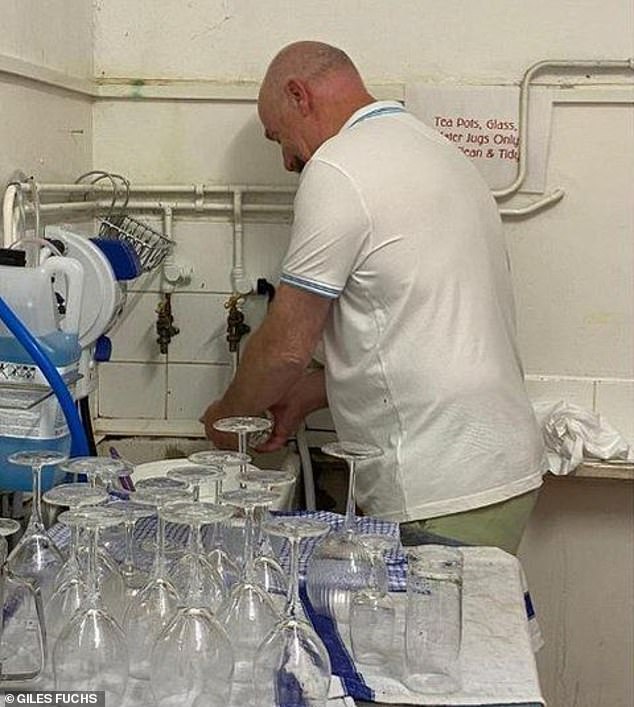 The trade organisation UK Hospitality reported this week a shortfall of 188,000 staff in the hotel industry caused by the pandemic 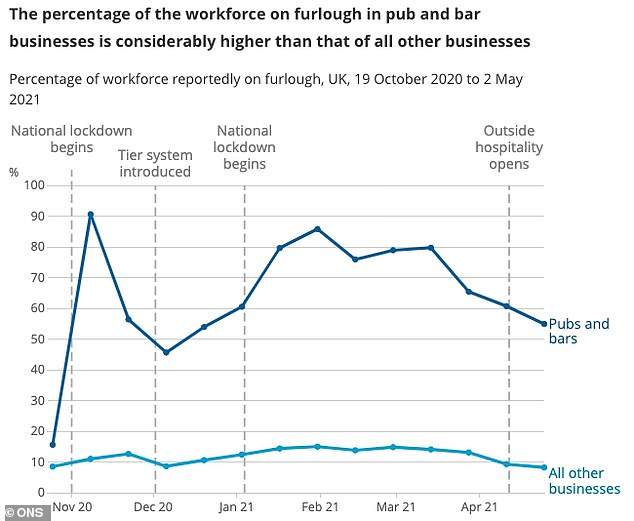 The hotel counts amongst its past guests such luminaries as Agatha Christie, Winston Churchill, The Beatles, aviator Amy Johnson and Noel Coward. Christie loved the hotel so much, she stayed there to write, penning two books.

The hospitality industry is in for a bumper summer but business owners say they’re struggling without pre-Covid employee numbers.

More than half of pub and bar workers were still on furlough at the start of May despite a third of bars warning they did not have enough staff to cope with the easing of lockdown, it was revealed yesterday.

Numbers published by the Office for National Statistics showed 55 per cent of hospitality staff were on furlough at the start of last month.

That figure is way down on the 91 per cent recorded during the November 2020 lockdown peak but it is still far higher than furlough levels in the wider economy.

However it appears to be at odds with complaints from industry leaders last month that there was a six-figure shortage of staff.

Before the latest lockdown easing on May 17 a third of pubs reported begin under-staffed, amid an exodus of foreign workers back to their home countries during the pandemic.

The ONS said confidence in the pub industry has increased in recent months as draconian rules have been eased to allow customers to return. But a third of landlords have seen profits fall by in excess of 50 per cent, according to new research.