MILLIONS of Brits will be eligible for their Covid booster jab early after just a three month gap in a bid to turbo-charge the nation’s immunity.

Ministers have pledged to remain on the “front foot” in the fight against the terrifying new Omicron variant. 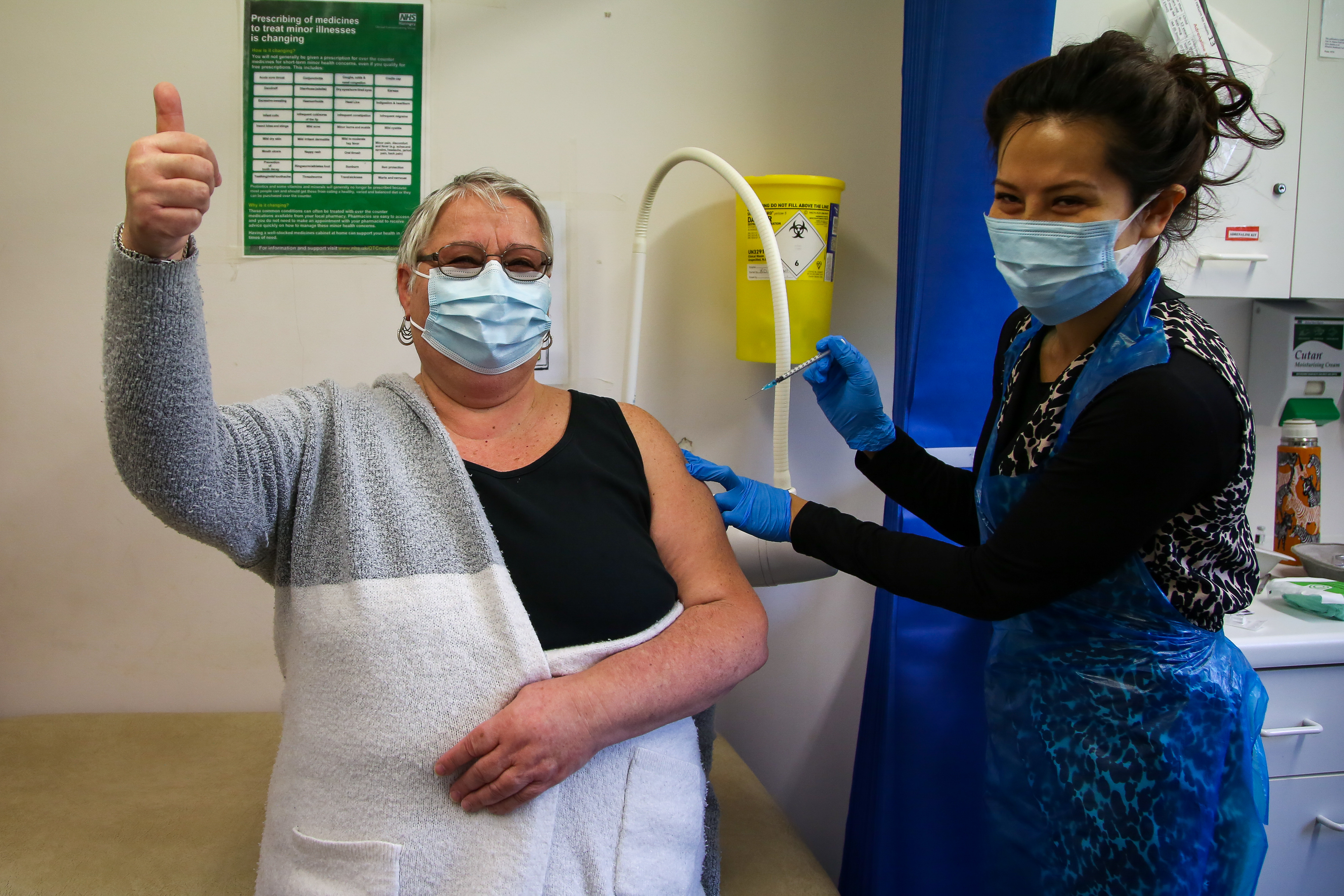 Government scientists confirmed the new advice, which will see an extra 13 million over-18s become eligible for a third shot before the end of the year.

Experts hope cutting the gap between the second and third doses of the jab from six to three months will allow the UK to get ahead of the new Covid variant.

Kids aged 12 to 15 will also be offered a second dose of the vaccine, in an attempt to shore up the nation’s immunity in the face of the worrying new strain.

Professor Jonathan Van-Tam described the variant as the "new kid on the block", warning scientists from around the world have been left concerned.

He told the nation at a Downing Street briefing: "Its always been the case that at some point, we’ll get a variant that gives us heightened concern.

"We are at that moment with Oricom."

🔵 Read our Omicron variant live blog for the latest news

The expert said, however, that while more data is needed, it is hoped while the variant appears to be able to cause more infections it won't cause more severe illness.

He admitted the mutations in Omicron – more than 30 – are worrying, with some unseen before.

But, he said the rampaging variant in South Africa, which is seeing the majority of cases, doesn't appear to be sending more people to hospital at the moment.

Despite plans to rollout the vaccine to under-40s being announced, it has not been made clear yet when they will be able to book in for a booster of either Moderna or Pfizer.

It is expected the NHS will limit access to older groups and prioritise the vulnerable to make sure they are protected first.

This afternoon Health Secretary Sajid Javid said "the NHS will be calling people forward at most appropriate time", suggesting you cannot simply book in from now if over-18.

Professor Wei Shen Lim, chair of the JCVI, said while it doesn't mean they anticipate a Covid wave is coming to the UK, allowing over-18s to have boosters will prime the nation to better tackle one.

He said: "Having a booster dose of the vaccine will help to increase our level of protection against the Omicron variant.

"This is an important way for us to reduce the impact of this variant on our lives, especially in the coming months." 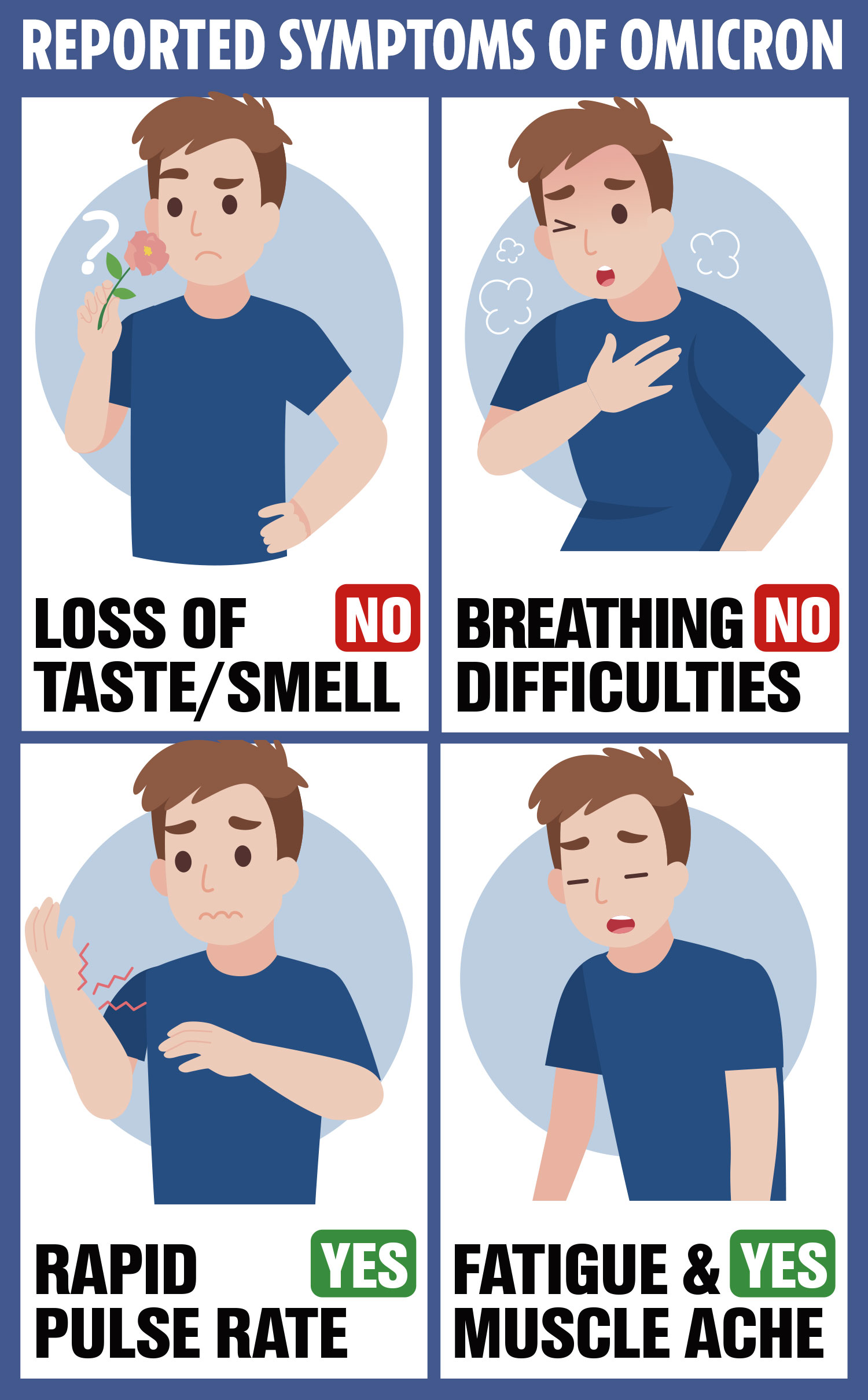 Dr June Raine, MHRA Chief Executive, backed the recommendation to rollout the boosters to people over-18.

She said: “Our safety monitoring to date shows that Covid-19 vaccines continue to have a positive safety profile for the majority of people.

"We ensure all suspected reports are carefully followed up. When you are called for your booster dose, you can come forward confident that the benefits in preventing serious Covid-19 far outweigh any risks.”

Health minister Edward Argar said this morning the Government was “moving swiftly to put in place measures to slow” the mutant bug down.

Speaking about opening up boosters to millions more, Joint Committee on Vaccination and Immunisation member Professor Jeremy Brown said: “It's all about making sure you have a highest level of antibodies at this point in time to prevent an infection. When this wave – if it comes to a country – arrives.

"The logic for maybe changing the gap… this variant the Omicron variant is now present in the world, it hasn't reached the UK in high numbers, and if possible it will be good to boost a lot of people's antibody levels to high levels to give them the maximum chance of not getting infected with this new variant.”

The UK has nine confirmed cases at the moment – six in Scotland, and three in England.

More than 75 “probable” cases of the Omricon variant have been flagged with more than 150 possible others, according to Government sources.

One patient, in Essex, is said to be not seriously ill and isolating with their family.

Ministers and scientists are scrambling to work out how contagious and dangerous Omicron is.

However, one doctor in South Africa has claimed that the variant does not cause loss of taste or smell but has "unusual" and "mild" symptoms – including intense fatigue and high heart rate.

Meanwhile, the PM announced at the weekend that new restrictions would be imposed in a bid to keep the lid on the new mutant variant. 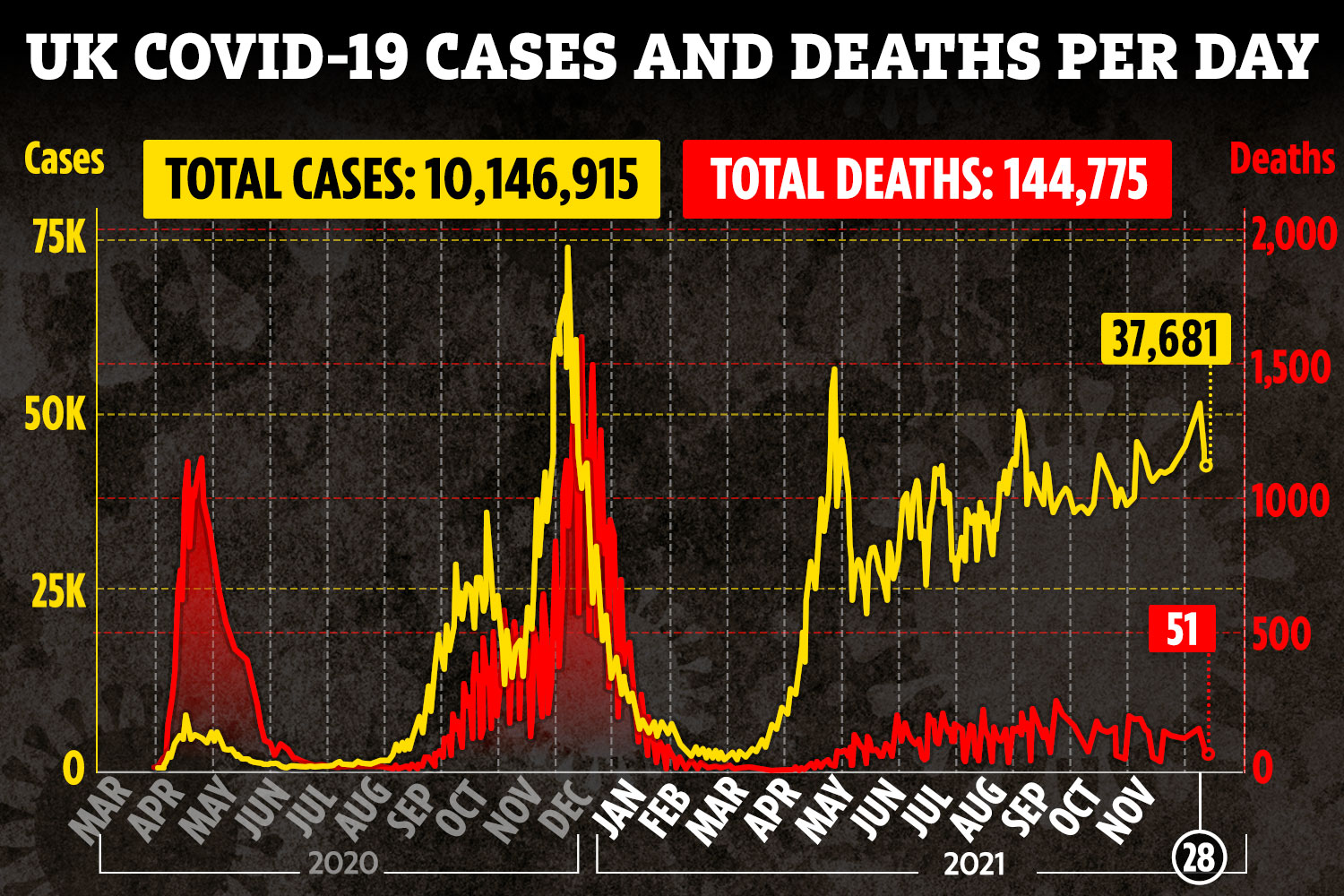 Professor Anthony Harnden, deputy chair of the Joint Committee on Vaccination and Immunisation (JCVI), told BBC Breakfast this morning there were two strategies to deal with the variant.

"Either we raise the immunity in the population or we find a matched vaccine," he said.

The expert warned if Omicron has vaccine escape and "turns out to have a transmission advantage, then it would be sensible to have a new vaccine".

Sajid Javid revealed that mandatory face masks in shops and public transport will return from Tuesday.

When asked on Sky News how mandatory mask-wearing will be enforced, Health Secretary Sajid Javid said: "I do think people will take this more seriously".

Masks have remained compulsory on London's Tube system, but Transport for London figures show only 108 people out of the millions who travel on the Tube have been removed for not wearing face coverings.

But Mr Javid insisted: "Over the last few days, and of course this has been very fast-moving, people will have been able to understand the concerns over this new variant.

"They will be concerned not just for themselves but for their friends and family and want to know their Government is taking proportionate action.

"So I think that will encourage people anyway to listen and think about some of the new measures and take them seriously."

He added: "I hope this is something we can remove within weeks."

MPs will vote on the new restrictions within 28 days after the legislation is placed before the Commons today.

The Sun has issued a fresh call for Jabs Army volunteers after the announcement that the booster shot could be offered sooner.

We need 25,000 NHS volunteer responders to help out at hundreds of vaccination centres UK-wide.

And with scientists urging anyone eligible for a booster to get one by December 11 and under 18s being considered for second vaccinations, our Jabs Army needs you.

Volunteers are needed all over England but there are 20 areas that are desperate for support now.