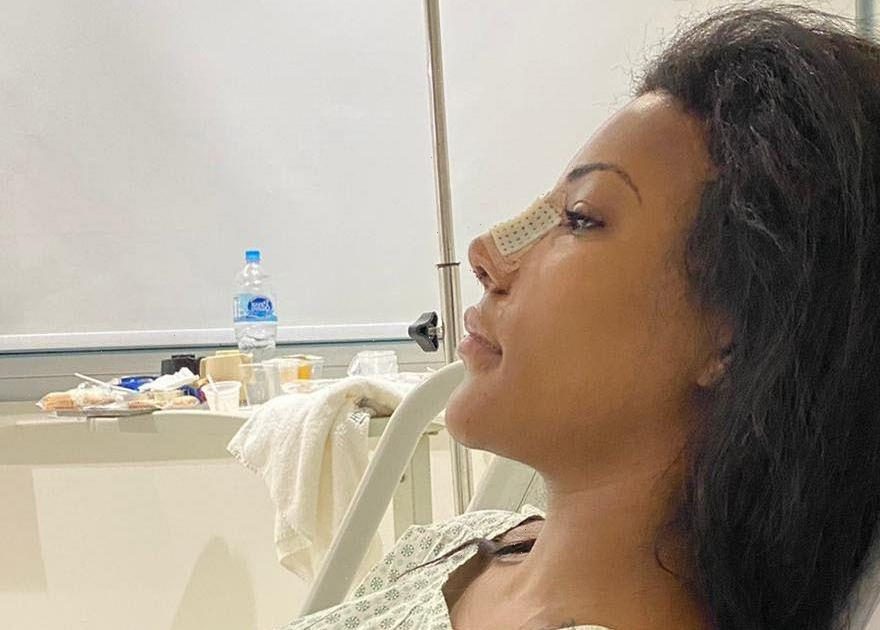 While some of us have been hit hard financially due to the coronavirus pandemic certain industries have continued to flourish throughout the last two years.

And, plastic surgery is one sector showing no signs of slowing down.

In the UK, the cosmetic surgery market is worth a whopping £2billion – and experts believe it will continue to grow.

IbisWorld commented on the British industry, and said: “Over the coming five-year period, the Cosmetic Surgeons Clinics industry is expected to benefit from rising disposable income levels and greater public health expenditure as the country recovers from the economic downturn following the COVID-19.”

And, social media is also a major influence when it comes to women choosing to go under the knife…

Some ladies are splashing the cash on pricey procedures to get ahead of the game on Instagram and see it as an investment.

Such is the case for model Ana Carolina Lekker, who has 12,000 followers on social media, who has spent the cost of a small house on procedures.

The brunette beauty and make up artist, from Barcelona, has stated that she dreams of having the “most expensive body on Instagram”.

Ana noted that she underwent more surgeries the more time she spent on social media.

She confessed: “I even had four nose rhinoplasties.

As well as having multiple nose jobs to perfect her ski-slope, Ana has undergone liposuction, bio-plasty (where fillers are injected into the bum), bichectomy (the removal of oral fat) and facial harmonisation.

In exclusive photos, she showed the recovery process from one of the surgeries while she was admitted to the hospital.

The surgery-obsessive added: “It's a different pain, it's worth it, you know?”.

And, Ana's not the only social media influencer to have spent a fortune on plastic surgery.

Amber May, an adult TV presenter and OnlyFans star, admitted to spending £38,000 on surgeries to achieve a “bimbo” look.

Amber commented: “I had my first surgery on my boobs when I was 19, funded by working in a club five nights a week.

“I knew I always wanted them big and fake but I had surgery in the UK and they would only go up to 535cc so 12 weeks after my first surgery I booked with Dr Plovirr in Belgium, he does the big xl fake implants.

“I’d seen girls on Instagram and loved their size, so I told the surgeon to go as big as possible!”

Do you love or hate the plastic look? Tell us in the comments…