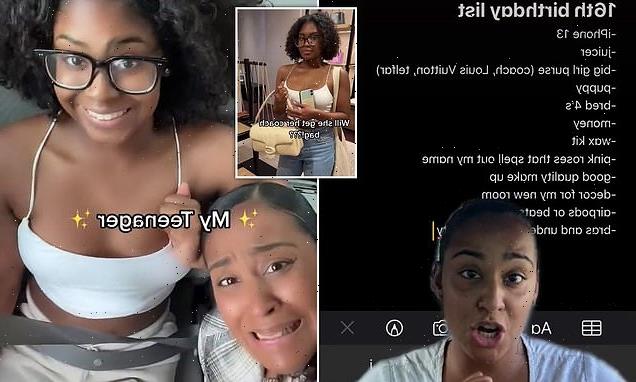 Mom hilariously trolls her daughter over her OUTRAGEOUS 16th birthday wish list – which featured thousands of dollars worth of gifts, including a Louis Vuitton bag, $1,000 in cash… and ‘her name spelled out in pink roses’

A mother has gone viral after jokingly trolling her own teenage daughter over her outrageously expensive 16th birthday wish list – which featured a slew of big-ticket items, including a Louis Vuitton purse, $1,000 in cash, a third pair of AirPods, and her ‘name spelled out in pink roses’.

Amanda Mendez, who based in the US, took to social media to share her daughter’s hilariously extravagant and costly birthday wish list.

The big-ticket items listed by the teen – who Amanda does not name – included ‘her name spelled out in pink roses’, an ‘iPhone 13’ and  a puppy.

The mom-of-two poked fun at her daughter’s expensive taste, captioning the video, ‘She’s clearly confused about my income.’ 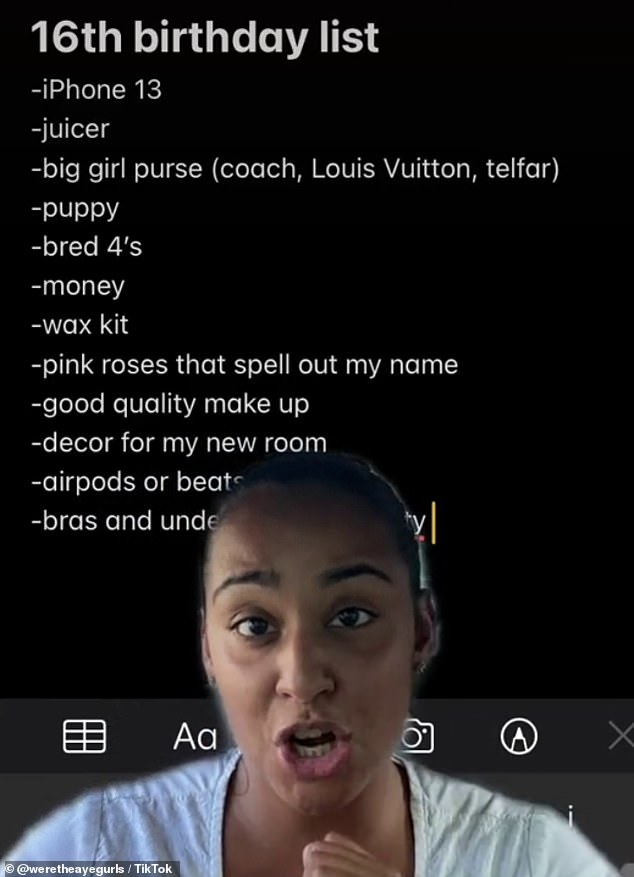 Amanda Mendez , based in the US, has gone viral after sharing her daughter’s outrageously expensive 16th birthday wish list 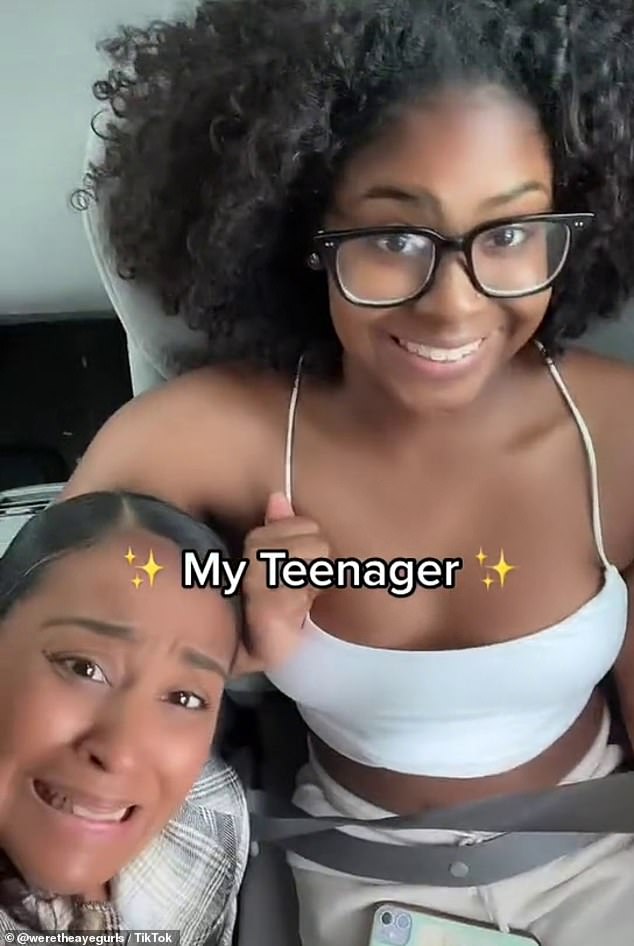 The mom-of-two poked fun at her daughter’s expensive taste, captioning the video, ‘She’s clearly confused about my income’ 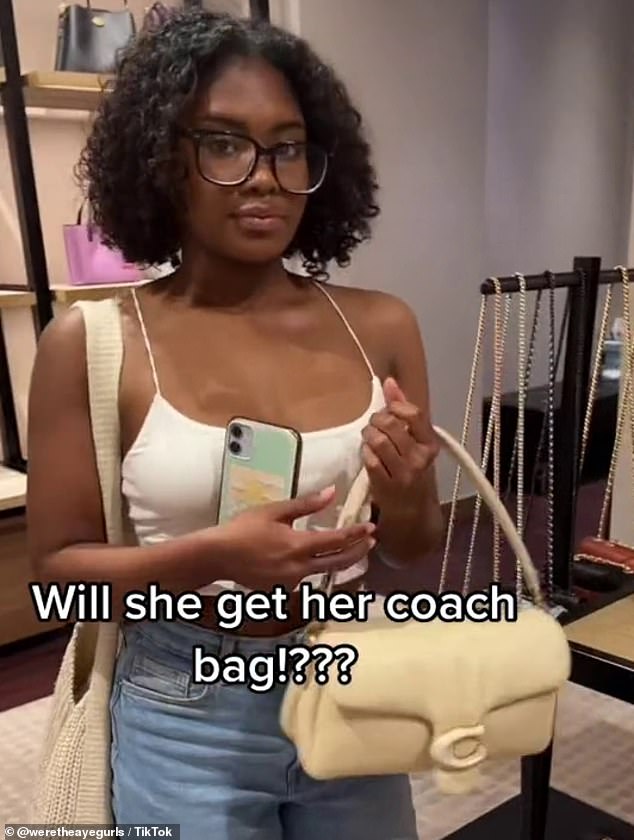 The big-ticket items included, a Louis Vuitton, Coach, or Telfar purse, a third pair of AirPods, $1,000, ‘her name spelled out in pink roses’ and an iPhone 13

‘My daughter finally sent me over her birthday list,’ Amanda says at the beginning of her video.

The mom-of-two then explained that her daughter wanted to go on vacation rather than throwing a party for her Sweet 16, however timing issues with their passports forced them to make other plans.

While the teen’s vacation dream may have been put on hold however, she wasted no time in ensuring that her other birthday wishes were made clear to her mother – sending her an extensive list of gift ideas.

Amanda then shared a screengrab of the wish list, which began with an iPhone 13.

The mom explained her daughter currently has an iPhone 11 and she ‘understands’ wanting to upgrade – however she grew increasingly stunned by the rest of the items on the list, the second of which was a juicer.

‘Okay. Homegirl’s trying to get healthy. She’s on a health kick. I’m right there with her,’ Amanda said.

Next up, the teen had another bold request, a ‘big girl purse’, which translates to a designer purse, such as a ‘Coach, Louis Vuitton and Telfar’.

Amanda joked that she uses a purse from Amazon so there was no way her daughter would be getting her hands on a designer purse anytime soon.

And when she got to the the teen’s request for a puppy, Amanda insisted ‘it would be a no’ because she would end up ‘taking care of the puppy’.

But the requests only got bolder from there – with her daughter then requesting cold hard cash – $1,000 worth, no less, with Amanda joking that she would have given her daughter $5, but anything more was out of the question.

The daughter than said she wanted her name spelled out in pink roses, which Amanda quickly shut down because her daughter’s name is ‘seven letters’ and that would cost her upwards of ‘$600’.

The teen went on to request a pair of AirPods, which Amanda revealed would actually be her third set – explaining that the teen had already lost two pairs of the pricey Apple headphones.

‘Yeah she lost those, and they were her second pair, so no,’ she said.

The teen’s wish list had viewers in shock, however some offered up tips to try and help Amanda save money on the items

Lastly, the teen requested ‘bras and underwear from Fenty’, which Amanda said wasn’t going to happen because she doesn’t even shop at Fenty for herself.

‘Girl, my underwear [is] from Walmart, you think I’m going to get you some Fenty,’ she added.

The teen’s wish list that costs a pretty penny had viewers in shock, while many even offered up tips to save money on the items.

User said: ‘My mom would’ve looked at me and laughed.’

‘Coach outlet is very affordable if you’re considering a purse,’ added another user.

Another user said: ‘She got expensive taste, wait till she starts making her own money, have to love teens.’

‘A girl can dream,’ joked another user.