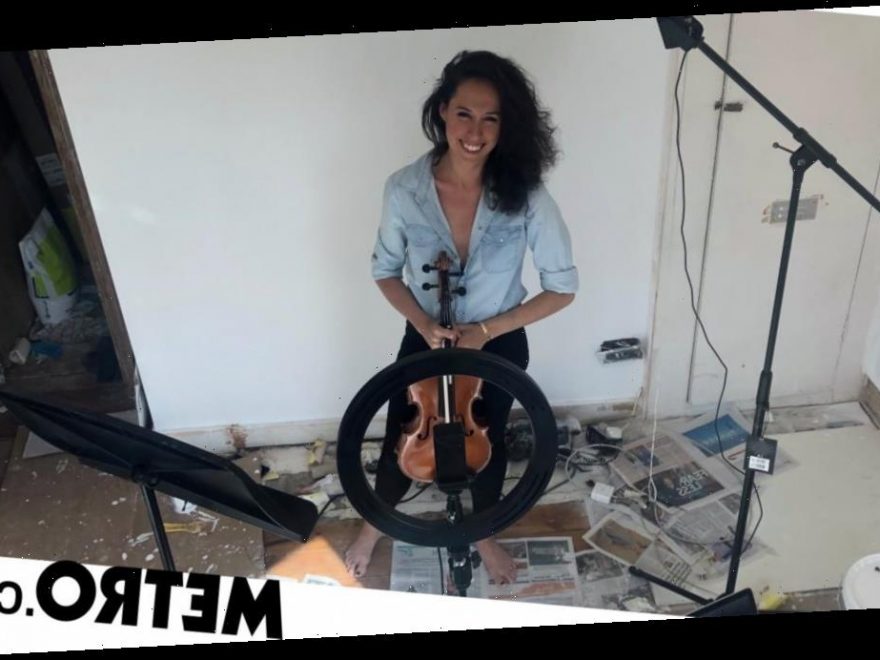 In 2007, I left my native France to study music in London. Its rich cultural heritage and diverse musical opportunities meant that I never left.

I worked hard, gained two degrees from prestigious conservatoires and set out into the world of self-employment. For years, I ran my increasingly profitable small business, alone.

Every day was different. I played with big names such as Mumford and Sons and Little Mix, I toured with Michael Bublé and Bastille, recorded at Abbey Road, and also performed in tiny venues. I taught, travelled, composed, sang, rehearsed and played festivals.

Then, Covid-19 struck and all upcoming performances were cancelled overnight. I serendipitously lost my diary at the beginning of lockdown, and have yet to find any need to replace it.

In March – as for most professions – everything became unclear. The odd performances which had not been cancelled immediately were postponed several times before finally being called off. The pandemic has effectively wiped out the two most lucrative performance seasons: summer and now likely Christmas.

What’s worse, freelancers were only first able to access the SEISS (a taxable grant of 80% of average monthly earnings from the last three years up to £2,500) in June – months after other industries received their furlough support. This grant was then extended for a further three months, this time at 60%.

Last week, Chancellor Rishi Sunak presented another blow to the entire performance sector, by branding this £10.8 billion a year arts and culture industry unviable, and promising a meagre grant of 20% of average earnings as a form of SEISS extension.

I lost my diary at the beginning of lockdown, and have yet to find any need to replace it

I received the grants, but many – a third of the Musician’s Union members – were not so lucky. Musicians who worked part-time in schools, who belonged to orchestras, limited company directors or those earning more than £50,000 a year: so many musicians fell between the cracks into the abyss of silence.

And it’s not just us – for every £1 directly spent on music and events, an extra £2 is generated in the wider economy, powering a network of businesses across the country.

The government has forgotten musicians and our industry is on its knees. The Musician’s Union announced that 34% of musicians were considering abandoning their careers. If this happens, there is no turning back.

Aside from the billions generated by the events industry, music and the arts more broadly are crucial to the wellbeing of our society. A 2019 WHO report describes the evidence of the health benefits of the arts as ‘substantial’.

The UK music industry has so much to be proud of and the standard of performance is world class. If we lose a third of our workforce, we cannot produce such results, and if the expertise goes, it will take decades to replace.

For the public, this will mean catastrophic loss across all categories: DJs, singers in musicals, dancers, theatre performances, educational concerts, wigs, makeup artists, party musicians, pantomime technicians, and worst of all, live concerts.

Vast orchestral performances, mind-blowing West End shows and grand film scores will be history. Eventually, this will trickle down to TV and radio. People don’t always realise that an actor who appears in a popular series might be relying on the Christmas panto season to do so.

If a large chunk of our workforce walks away, it’s tantamount to burning a third of books in a library.

As for musicians? Music is our identity. I do not play the viola; I am a violist. Most of us do not remember the ‘before music’ part of our lives. I needed emergency dental surgery last week and when I arrived at the clinic, I realised that I had taken my viola with me.

Our work is an extension of us, and now the very role for which we have been rehearsing our entire life is being erased. The impact on the mental health of my peers is incalculable.

The pandemic is costing us our identity and our livelihoods. This latest blow from the government is all the more painful, given the culture binge the UK population went on during lockdown with Netflix, Spotify, Audiobooks and streamed performances.

Retraining for other jobs is unrealistic. With many musicians already losing their houses, the cost is also prohibitive. Retraining would mean thousands of us flooding an already oversaturated job market, inevitably resulting in rising unemployment. Surely it makes business sense to invest in our highly skilled workforce now, to keep generating billions, rather than thousands of us ending up on Universal Credit?

Across Europe, governments like Germany are investing and supporting the arts and their artists. But much of the £1.57billion UK Government fund for culture has not reached freelancers, going instead to venues and organisations. The UK must act to stem the brain drain to the continent, which has already begun.

Arts and culture are a reflection of our humanity, and a truly enlightened society nurtures its artists rather than leaves them to wither. Music must be saved or it risks becoming elitist: if only those who have the means to survive stay in the industry, then all those who don’t have the necessary income, family support or social set-up will be silenced.

Today, all performers are adjusting and creating new ways of working (from home studios to outdoor performances). I myself built a makeshift recording studio with microphones, instruments and my phone camera. But truly, we fear the annihilation of our industry.

We are not troubadours looking for a handout; we simply need the government to recognise our business viability in one of the country’s most profitable sectors, deserving of the same treatment as others during this time. We also need them to recognise the immense worth of music in our society beyond financial gain.

Today, on Tuesday 6 October, 400 leading freelance musicians will gather in Parliament Square for a performance called #LetMusicLive, to call for support for our colleagues in the arts and entertainment sectors.

The performance, facilitated by We Make Events and supported by the likes of Bastille’s Dan Smith, will adhere strictly to social distancing guidelines. We will play 20% of ‘Mars’ from Gustav Holst’s The Planets – 20%, to represent the maximum 20% support that freelancers can receive from the government. After the piece we will stand in silence for two minutes – in the hope that our industry, this national treasure, is not silenced for good.

You can find out more about Jordan here.