CAPE CANAVERAL, Fla. (AP) — NASA is returning to sizzling Venus, our closest yet perhaps most overlooked neighbor, after decades of exploring other worlds.

“These two sister missions both aim to understand how Venus became an inferno-like world capable of melting lead at the surface,” Nelson said. 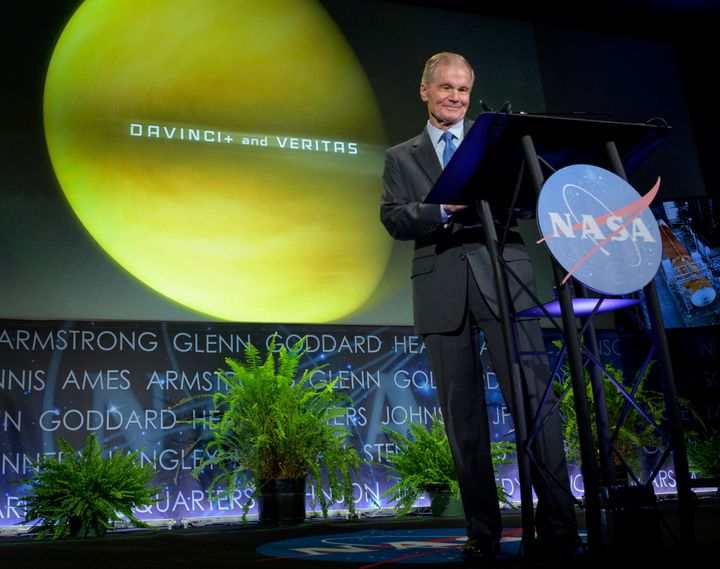 One mission named DaVinci Plus will analyze the thick, cloudy Venusian atmosphere in an attempt to determine whether the inferno planet ever had an ocean and was possibly habitable. A small craft will plunge through the atmosphere to measure the gases.

It will be the first U.S.-led mission to the Venusian atmosphere since 1978.

The other mission, called Veritas, will seek a geologic history by mapping the rocky planet’s surface.

“It is astounding how little we know about Venus,” but the new missions will give fresh views of the planet’s atmosphere, made up mostly of carbon dioxide, down to the core, NASA scientist Tom Wagner said in a statement. “It will be as if we have rediscovered the planet.”

NASA’s top science official, Thomas Zurbuchen, calls it “a new decade of Venus.” Each mission — launching sometime around 2028 to 2030 — will receive $500 million for development under NASA’s Discovery program.

In 1989, NASA used a space shuttle to send its Magellan spacecraft into orbit around Venus.

The European Space Agency put a spacecraft around Venus in 2006.

The Associated Press Health and Science Department receives support from the Howard Hughes Medical Institute’s Department of Science Education. The AP is solely responsible for all content.