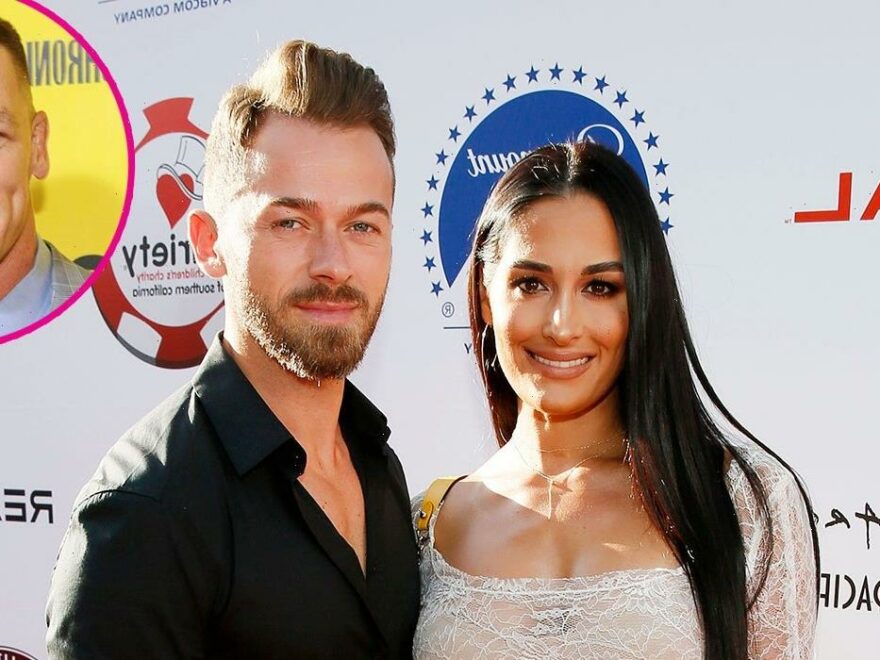 Her wedding, her rules! Nikki Bella shocked her family — and the world — when she revealed one of the dresses she wore to marry Artem Chigvintsev was a gown she initially bought when she was engaged to John Cena.

“I had the moment with that dress … when I saw it,” Bella, 39, told Us Weekly exclusively ahead of her wedding special, Nikki Bella Says I Do, which premieres on Thursday, January 26. “It was all something that I dreamed of.”

The Incomparable author explained that the dress gave her the feeling of “empowerment,” prompting her to hold onto the garb even after she and Cena, 45, went their separate ways. 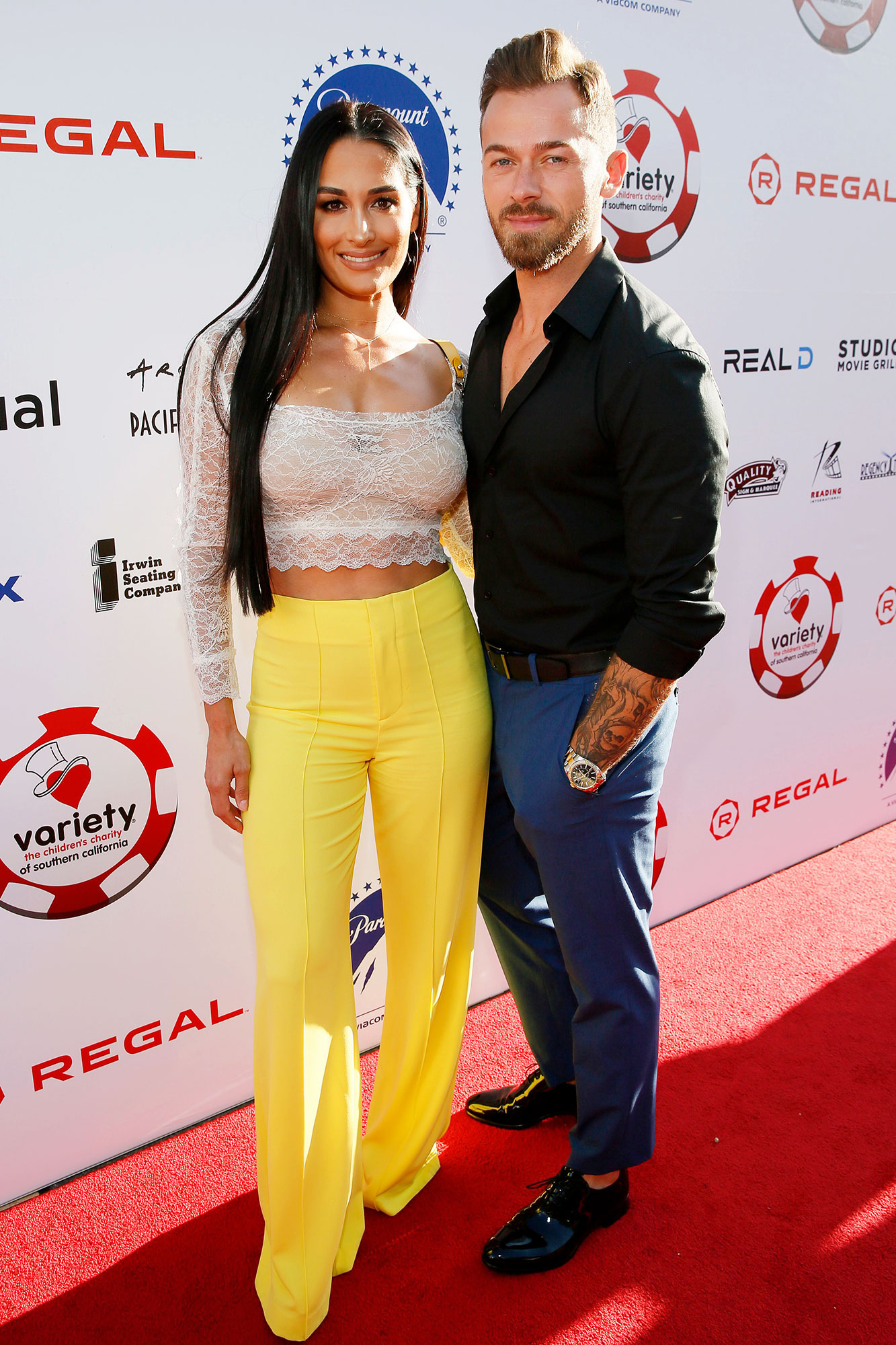 “I went back and forth with that decision,” the TV personality said of her choice to don the gown when she wed Chigvintsev in Paris in August 2022. “For me, it [reflects] how I stand as a strong woman, I was like wait, why should I not wear what I love? Because of my past? It just didn’t make sense to me.”

While the reality star’s sister Brie Bella disagreed with the decision, Nikki asserted that she’d only change her mind if Chigvintsev, 40, had “an issue with it.” To Nikki’s surprise, the professional dancer was “cool about it.”

“He looks at it as just a material thing,” the wrestler told Us. “He probably wanted me to save money but then didn’t realize I bought a few other dresses after,” she joked.

Chigvintsev shared his perspective, telling Us that he “dismissed” the question from the beginning and wasn’t bothered by the history of the gown. “I didn’t think it was going to be that big of a deal for people to react how I reacted … I think [if there’s] an issue with it, they’re bringing some other energy into our happiness.” 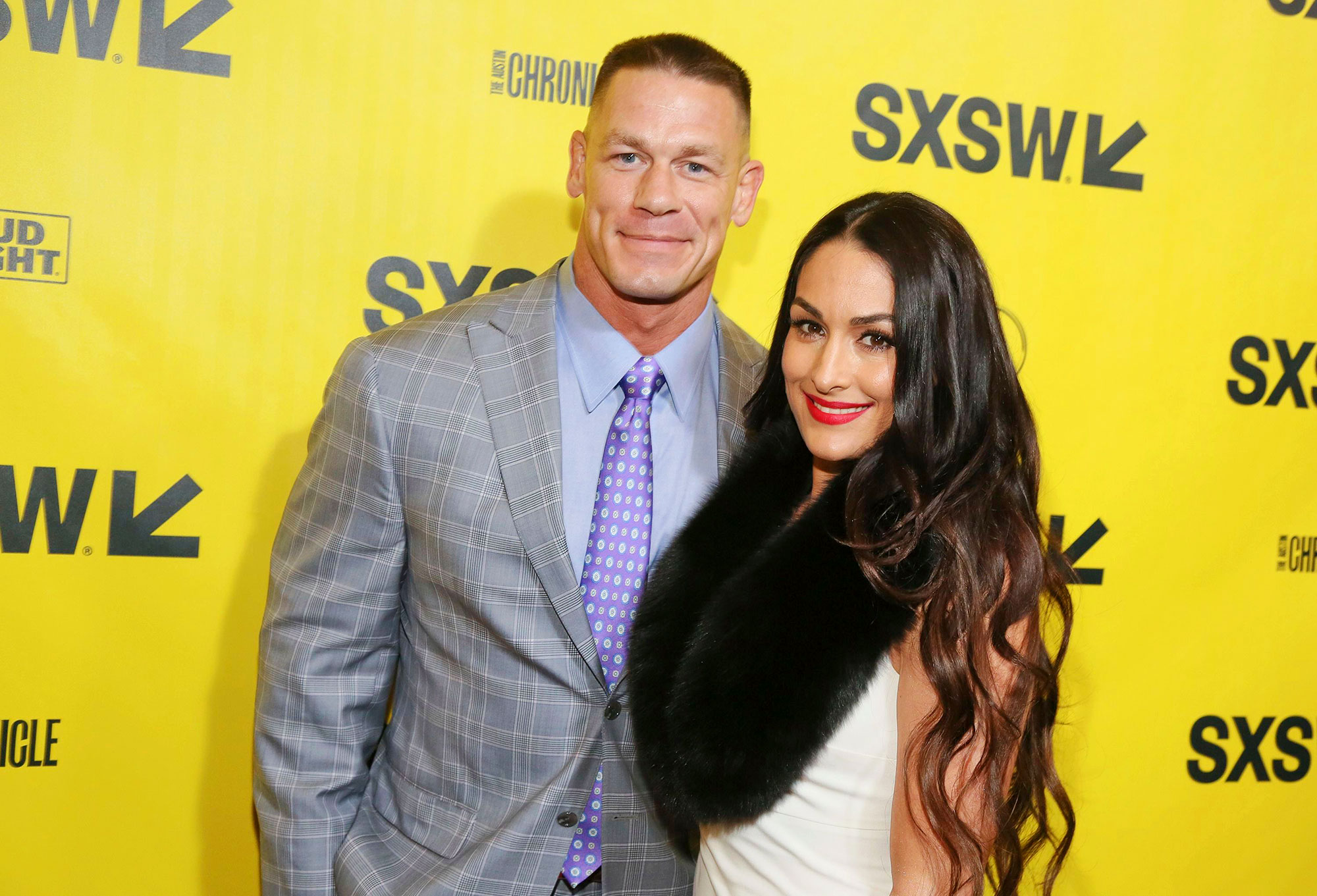 He added: “Why would we want to even waste time talking about it … It did not bother me at all.”

For the big day, Nikki had four different outfits, one of which she selected just 30 minutes before walking down the aisle. It is not immediately clear which design was from her time with Cena.

Nikki Bella and Artem Chigvintsev: A Timeline of Their Relationship

The WWE ambassador and Dancing With the Stars pro’s wedding came two years after the couple welcomed their first child together — baby boy Matteo. Originally, the pair planned to have their ceremony near their home in Napa Valley, California, but they were forced to delay their nuptials due to the COVID-19 pandemic. The couple made a last-minute decision to wed in Paris, France instead.

The lovebirds originally met when they were partners on season 25 of Dancing With the Stars in 2017, however, Nikki was still engaged to Cena at the time.

Nikki and Cena called it quits in 2018 after being engaged for six years. Following the breakup, Nikki moved on with Chigvintsev in January 2019. The couple announced their engagement the following year and welcomed their son in July 2020.