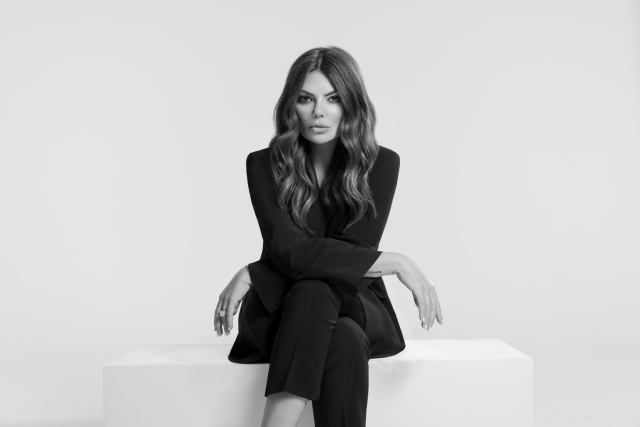 Like some call to action after COVID-19’s wallop to the world, with these three words Lanterra Developments, which has been revitalizing Toronto’s skyline with downtown condos since 1999, on Wednesday will unveil a joy-filled campaign for its latest venture, The Natasha Residences, as well as the wavy-haired, stiletto-heeled muse behind its avant-garde take on stylish urban living.

“We build a lot of condos and we try to clothe them in a holistic sense of style. But they’re all different. So the challenge here was to best create a theme to brand this new building in Toronto’s Cultural District that would appeal to sophisticated urbanites looking for an integrated space in which they could work, live and play,” said Lanterra chairman and cofounder Mark Mandelbaum, whose company’s portfolio includes such highly praised projects as Maple Leaf Square, The Britt Residences and 50 Scollard.

Mandelbaum found what he needed in NKPR founder and president Natasha Koifman, the public relations executive whose singular personal style — including her love of wearing black, her entrepreneurial spirit and work-life balance ethos permeate this 47-story high-rise that soars atop Toronto’s historic Purman building at 263 Adelaide Street West, just steps away from where Koifman opened her first NKPR office 20 years ago.

Koifman’s confidence, too, was also hugely appealing. Since she launched NKPR in 2002, the p.r. company now operates across North America, representing a range of clients from the worlds of fashion, lifestyle, beauty, business, tech, real estate and hospitality.

“We wanted a confident urban feel for this project. We found that and more in Natasha in terms of addressing the kind of sophisticated amenities and contemporary suites we needed to elevate one’s social experiences while complementing the idea of work-life integration,” Mandelbaum said.

Still, Koifman met the idea with stunned silence when Mandelbaum, an NKPR client, first mentioned it in January 2020. After sharing details about this property located in her neighborhood, Mandelbaum asked: “What do you think about doing The Natasha Residences?”

“It was a dream come true,” Koifman told WWD.

“I’ve lived in New York, so doing a space as your sanctuary was important because the moment you leave your suite the city takes over. That’s why The Natasha Residences is like a compass,” Koifman said. “You are at the center of everything inside and outside of the building whether you’re going to work, the theater or grabbing a coffee. But from the ground up the focus is on work-life integration.” 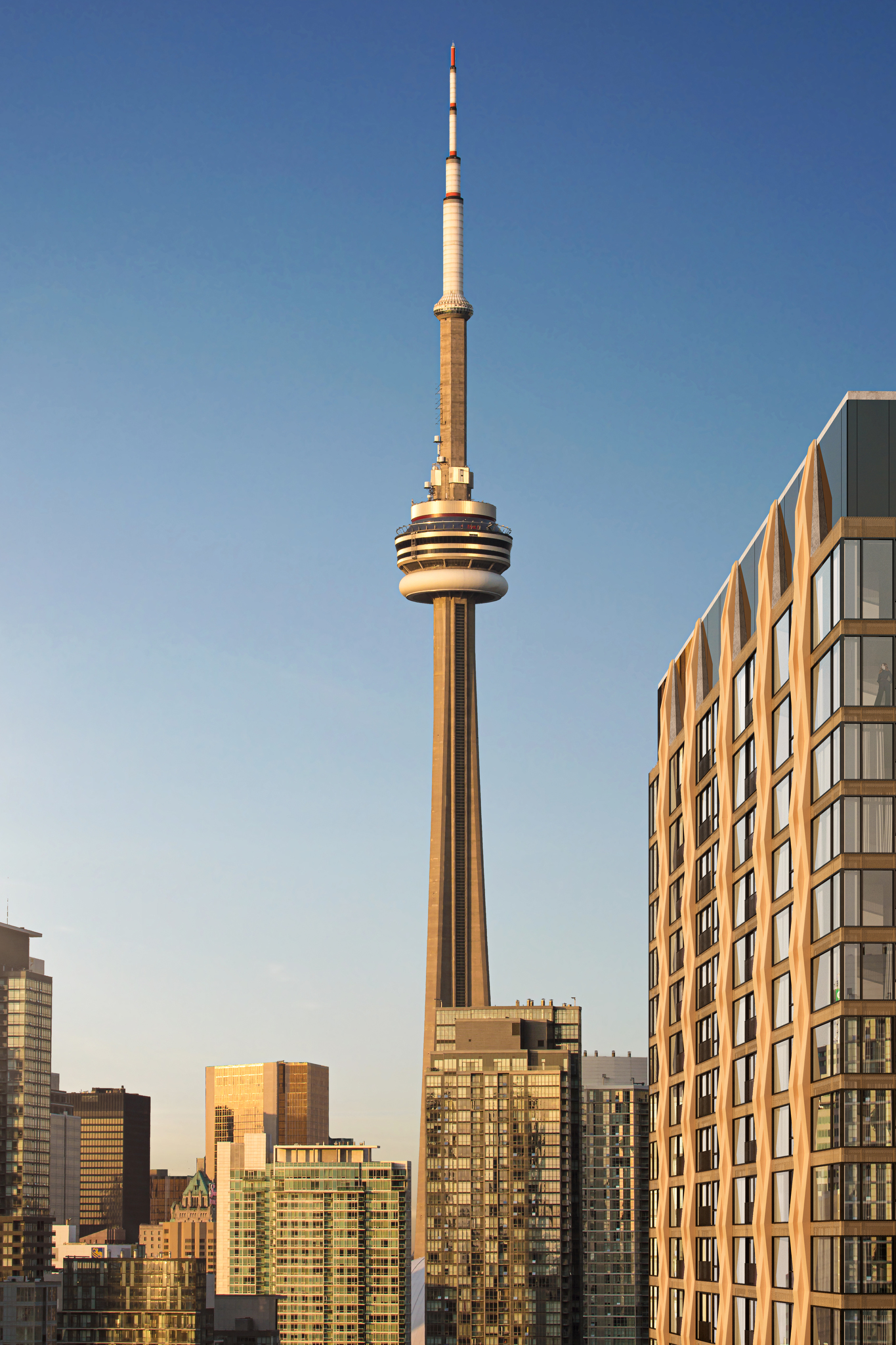 The interiors and amenities designed by Studio Munge’s Alessandro Munge also take their cue from Koifman’s black-on-everything style. The residences are only accessed through a sixth-floor sky lobby, which imparts “a dramatic sense of arrival,” Mandelbaum said.

Gleaming with dark herringbone hardwood floors framed with marble borders, the sky lobby features multiple lounges and antechambers where residents can host dinner parties, as well as an integrated pizza oven and u-shaped bar. Floor to ceiling windows also open up, connecting the art-filled indoor and outdoor spaces with a sense of drama.

Indeed, given Koifman’s love of black and white, “the jewelry for this project became the light fixtures, rugs, furniture, and so on and out of that emerged a beautiful harmony.” 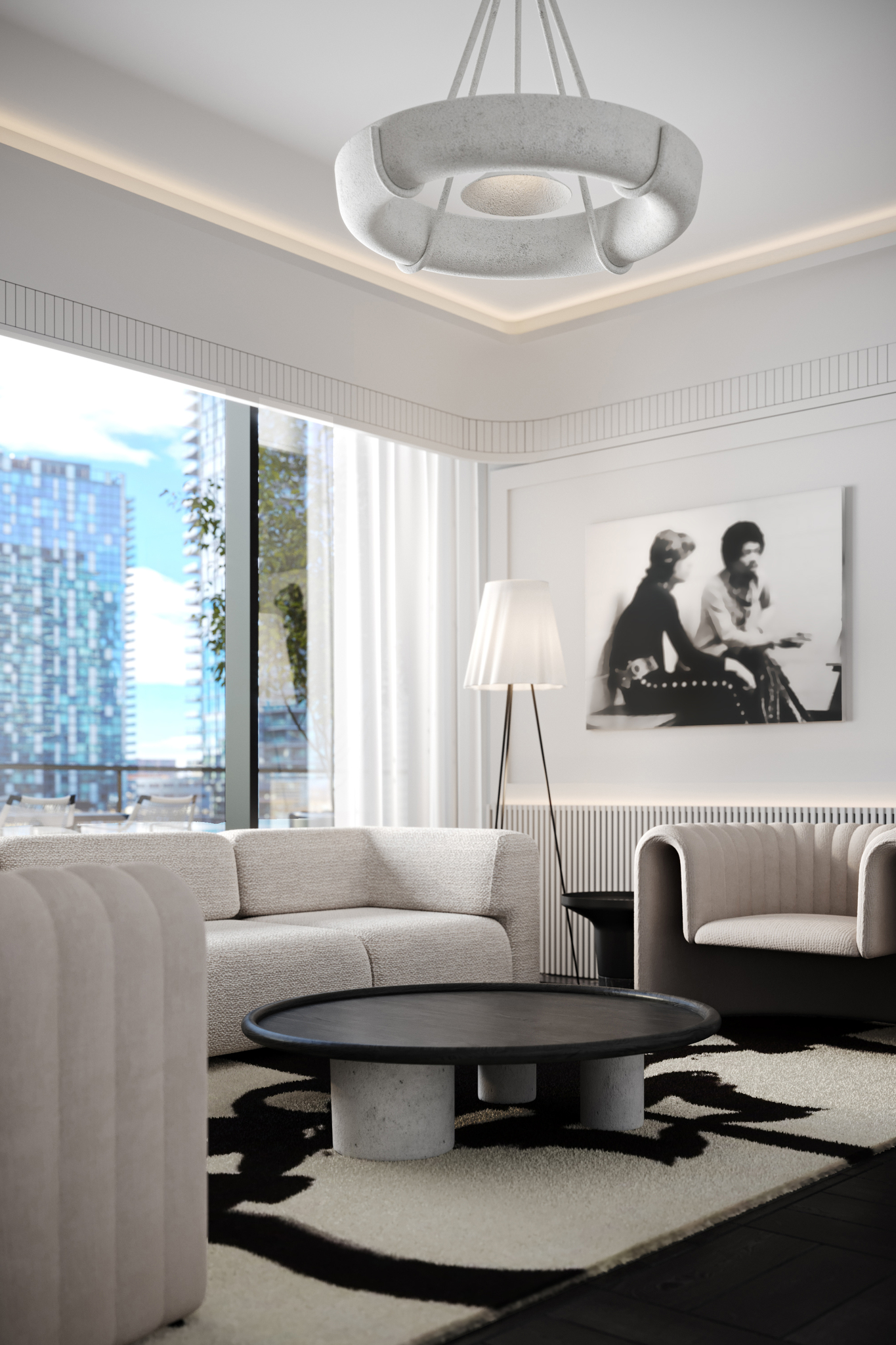 Yet people are encouraged to move beyond their minimalist units, averaging in size from 400 to 800 square feet to 800- to 1,250-square-foot penthouses, to work, live and play throughout the complex. That includes access to a fitness center with individual workout pods and virtual instructors; a media content studio equipped for film, photo, audio and social media production; coworking spaces catered for home-office residents; a luxury pet spa, and a social lounge that doubles as a launderette.

And while Koifman’s monochromatic style permeates the building, owners can choose their own palette to create their own bespoke units, which include smart kitchens with flip-down tables/desks that can be pushed out of sight for more room.

“Design is about bringing forth innovation and solutions to improve life quality. But it’s about the future,” Koifman said.

“COVID-19 has taught many valuable lessons as to how functional urban design will need to evolve. It’s changed people’s perspective,” said Mandelbaum, whose latest creation opens up for sales in September.