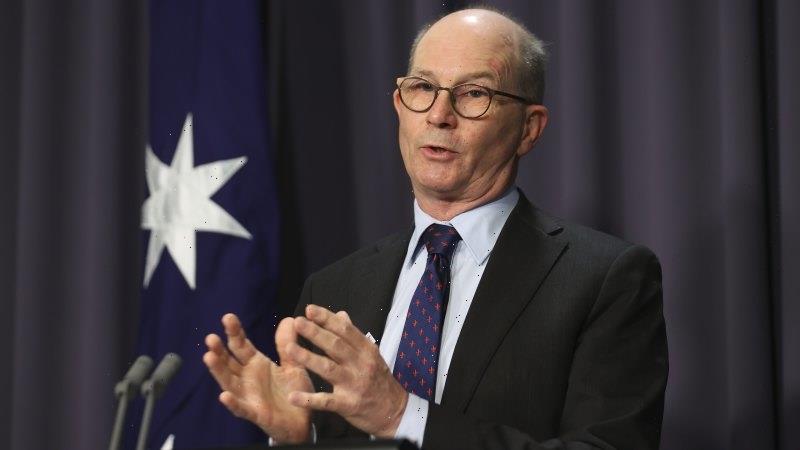 Australia’s vaccine experts say there is no reason to change the booster program over the Omicron variant at this stage and evidence so far still suggests it is a milder strain.

One week after South African experts detected the new variant there is still not enough data for health authorities to say whether it is more serious or if vaccines will continue to provide effective protection against the virus. 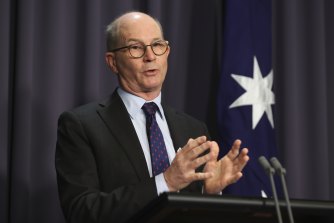 Ten Omicron cases have been detected so far in Australia.

On Thursday Australian health officials had a two-hour meeting with their South African counterparts to discuss the new variant, with thousands of cases now confirmed across southern African and hundreds in other countries around the world.

Chief Health Officer Professor Paul Kelly said there are still three main questions about the new variant that were discussed in that meeting: is it transmissible, is it more serious, and do vaccines still work.

“They are in no doubt that it is it’s definitely replacing Delta in South Africa as the main COVID-19 virus,” he said on Friday morning.

So far, there was no evidence of an increase in severity, Professor Kelly said, and he remained “cautiously optimistic” it would remain that way.

“It’s only the last few weeks that this has been circulating in South Africa and elsewhere. And there is that delay from cases to hospitalisations and deaths.”

Health Minister Greg Hunt revealed the government’s plan to extend the country’s COVID-19 measures for another year, including a further $540 million investment in COVID protection measures, including support for aged care, and $48 million in funding for coronavirus-specific research.

“As the world looks at and works through the impacts of COVID, there’s the prevention, there’s the treatment, but there’s also the long-term impacts,” Mr Hunt said.

Australian laboratories have begun to grow the new strain to test it against the vaccines. Professor Kelly said just growing the strain could take days or weeks, but pharmaceutical companies including Pfizer and Moderna were also working to test their vaccines as quickly as possible.

“In South Africa, the problem that we have is their low vaccination rate, so we’re probably not going to get the answer from South Africa about how the vaccines work in that clinical and population setting,” he said. “But there are other countries now with the virus we’ll be watching very closely.”

Professor Kelly said after examining the evidence around the UK’s move to shorten the time between second and third doses, the Australian Technical Advisory Group on Immunisation has decided to keep the current six-month interval.

“There is no evidence to suggest at the moment that an earlier booster dose of the current COVID-19 vaccines will augment the protection against the Omicron variant,” he said. “In fact, there is very little evidence at the moment that shows that a shorter period between the primary course and the boosters less than 20 weeks is effective.”

For people who are immunosuppressed, however, it’s recommended they have a third dose in order to be fully protected against the coronavirus at least two months after their second dose.

“We’ve now reached 495,000 boosters, so the booster program is well ahead of schedule but continuing at pace,” Mr Hunt said.