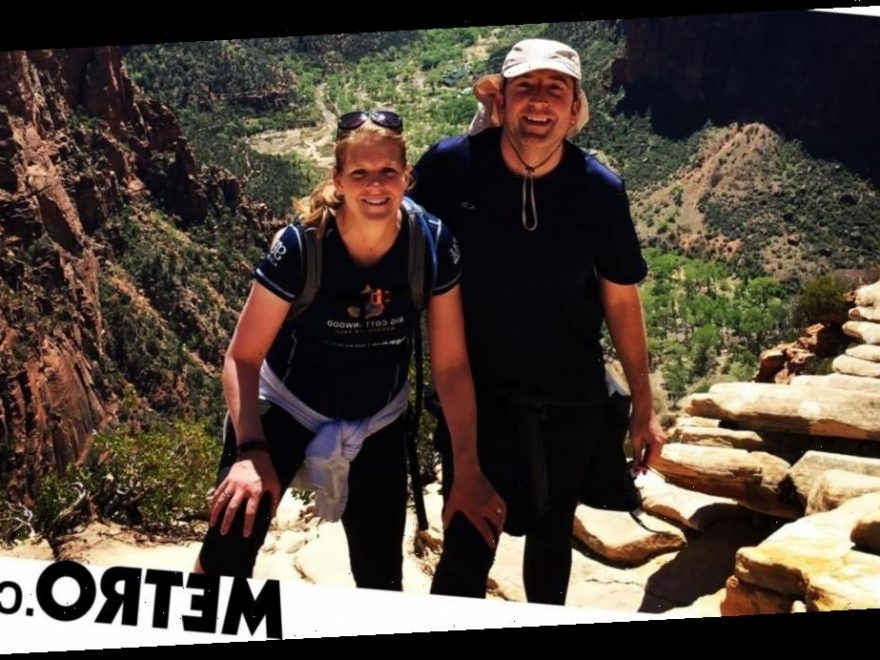 It was about two months after I lost my first wife Krista to suicide that I felt like I wanted to date again.

I was 26 at the time and I thought there was something wrong with me – maybe I was just feeling this way because of how my wife had died? – so I fought it off. But I did start dating again a few months later and, just over a year after Krista passed away, I remarried.

Now I work as a relationship coach for widowers and women who date widowers, and I don’t think most people really understand what we experience.

When TV star Duane Chapman – also known as Dog The Bounty Hunter – recently appeared to propose to another woman after his wife died of cancer seven months ago, he faced a massive backlash.

In Chapman’s instance, the proposal turned out to be a stunt. But unless you know what’s going on with a widower, it’s impossible to have a clear opinion on their relationships.

Krista died when she was seven months pregnant and it took me by surprise. We had been together for seven years and married for three, but over the course of her pregnancy her demeanour had slowly started to change.

I knew there was something wrong but I didn’t realise how serious it was – I just didn’t have the frame of reference.

I was devastated when she died.

I was working as a technical writer at the time and I felt worthless at work – taking life one day at a time, waking up every morning and just trying to get through the day. But there didn’t seem to be any purpose to it.

Widows usually get their lives together emotionally and mentally before they start dating again, but I know men who have gone on dates after two weeks of being widowed.

From talking to hundreds of people who have lost their partner, I now believe that men have a tendency to view their lives as broken and to try and fix it by dating.

Five months after Krista died, I went on a date with a woman I had met online.

It was a complete disaster and I felt like I was cheating on Krista the entire time. I remember sitting in a restaurant and looking over at people thinking: ‘Do I know this person? Are they going to see me sitting here with this woman who’s not my wife?’

I was all over the place and needless to say there wasn’t a second date.

But I just kept at it and went on another date a week after. I didn’t tell anyone I was dating because I wasn’t sure how to tell friends and family that my desire felt like a good thing. How do you explain that to someone who’s still grieving the loss of their friend, or their daughter or sister?

The best thing about online dating is that you can be upfront about being widowed in your personal details and I think you should be, because it comes with issues and problems that you don’t find in other relationships. There were women who turned me down because I was a widower, but I tried not to take it personally.

Slowly, and after a bunch of dates with a bunch of different people, I got better, to the point where I could have a decent conversation with someone and not freak out because they weren’t my late wife.

Seven months after Krista died, I met Julianna at church and I couldn’t stop thinking about her. She’d recently won a local marathon and her picture had been in the paper, so I asked her out by congratulating her and asking if she wanted to go for a run.

We had an awful first date – Julianna didn’t know I was a widower and when I blurted it out, it threw her completely off and she had a hard time wrapping her mind around it. But she agreed to go on a second date and it was then that I realised we could be serious.

It was weird. There weren’t any doubts or worries that I was doing something wrong – it was the exact same feeling that I had with Krista. And it got stronger and stronger the more time we spent together.

Part of that feeling was a motivation to move past my grief. I couldn’t keep both the emotions of grieving for Krista and loving Julianna in me at the same time, so it was a battle before I eventually let love overwhelm it.

We got engaged six months after our first date and waited until after the anniversary of Krista’s death before getting married. Our first kid came along about a year and a half later, which was really hard for me because Krista had been pregnant when she died. But when our oldest son was born it was a wonderful experience with a lot of happy tears and it really felt like a new chapter in my life.

Today, Julianna and I have seven kids and we’ve been married for 16 years. I’ve learnt that the best thing widowers can do is get up every day and do their best to start a new chapter in their lives.

It doesn’t necessarily have to be dating, but it’s about getting up with purpose and moving past tragedy.