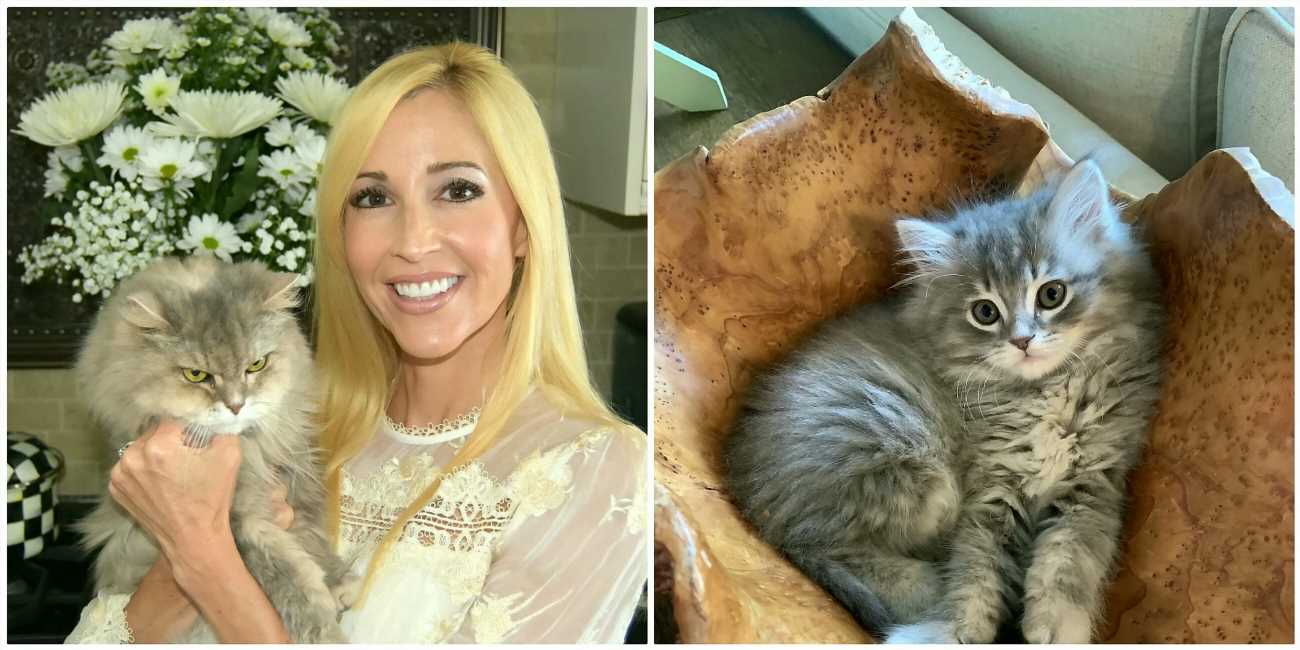 Cats know their own names and recognize it when we call for them, new research shows.

A North Carolina couple paid a cool $25,000 to clone their beloved cat which had been with them since they were newlyweds.

Bryan and Ashley Bullerdick decided to duplicate rescue cat Cinnabun when the feline was nearing its 19th birthday.

The couple had hoped that the original feline would meet the genetic twin but sadly it passed away before its clone, also named Cinnabun, arrived. 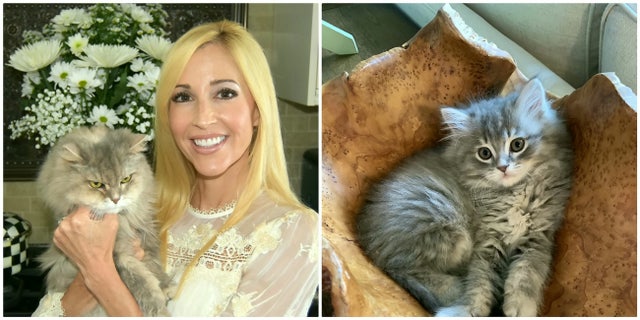 Ashley Bullerdick with the orginal Cinnabun (left) and the new cloned Cinnabun.
(SWNS)

Incredibly, the new Cinnabun sleeps in exactly the same spot that the original Cinnabun used to slumber, on top of Ashley’s pillow.

The Charlotte couple claimed that they didn’t even consider the staggering cost of cloning their “special cat”. 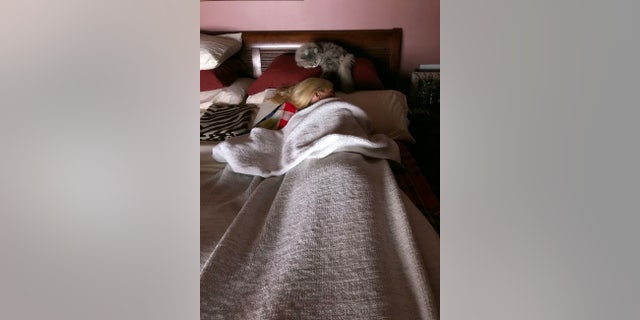 Incredibly, the new Cinnabun sleeps in exactly the same spot that the original Cinnabun used to slumber, on top of Ashley’s pillow.
(SWNS)

"We never really thought much about the cost", said Bryan, 43, who owns an aerospace division business. “This was a special cat from when we were newlyweds, our kids grew up with the cat, she was important."

“She slept next to my wife’s head on the pillow every night. If we had a chance of getting another cat like that, we had to try,” he continued. “It is a lot of money but I know people who spend that on vacations all the time. This is an animal that we hope will be with us for two decades.”

“Some people have sports cars, some people have houses – we are not out there cloning every single cat we have,” Bryan said. “It was a decision that we could afford to make and we still donate money to cat rescue with the Humane Society every month.” 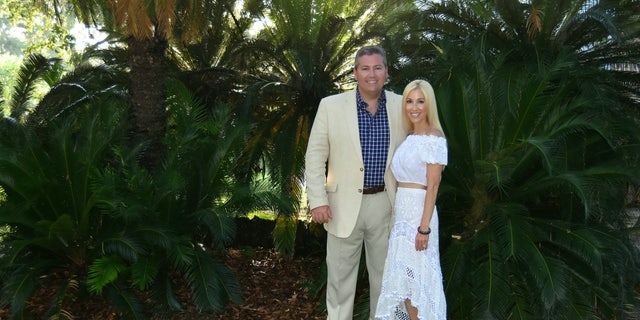 The North Carolina couple paid $25,000 to clone their cat Cinnabun – who they’d had since they were newlyweds.
(SWNS)

The parents of Beau, 17, and twins Carter and Daryl-Von, both 15, have no regrets about cloning their adored domestic, longhaired cat and would consider cloning again.

The couple wed in 1999 and started married life with two cats, Cinnabun, adopted from the Humane Society, and Ginger, a Himalayan purchased from a breeder.

“They were very special to us. They started their life with us,” the father recalled. 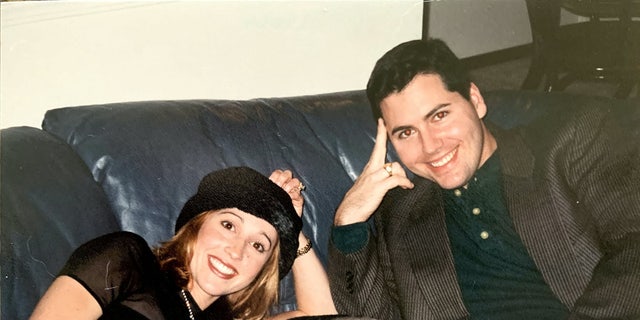 The couple wed in 1999 and started married life with two cats, including Cinnabun, adopted from the Humane Society.
(SWNS)

Ginger passed away at age seven, but Bryan was able to track down the feline’s father and buy another kitten for $2,000.

However, last year the couple became concerned about not being able to get another cat in the same bloodline as Cinnabun.

“We were worried about how little time we had left with her,” Bryan said.

The couple first considered cloning after Bryan read an article about pop legend Barbra Streisand cloning her Maltipoo, Sammie. He shared the idea with Ashley who was at first unsure.

“I was never against it but it was definitely something I had to think about,” Ashley remembered.

In August 2018 Bryan purchased a $1,600 DNA kit from Texas-based cloning company ViaGen Pets, the same company that had cloned Streisand’s pooch.The company has been cloning horses and livestock for 17 years, three-and-a-half years ago they started cloning cats and dogs.

Cloning a dog costs $50,000 while a cat is now $35,000 – as ViaGen Pets recently increased the fee by $10,000 to cover rising costs. The difference in price is due to dogs going into heat only once or twice a year, while a cat’s reproductive cycle is much more frequent. 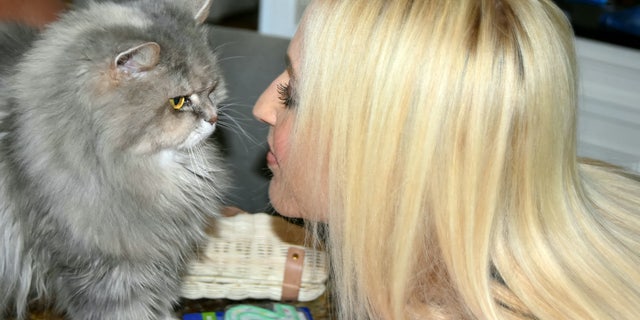 Bryan and Ashley’s DNA kit languished in the freezer as they deliberated.

“We kept it for months in our freezer while we thought about it,” Ashley said. “Then we just thought we had to do it. Cinnabun was so dear to us. She had unique markings that no other cat would have.

“She clung to me, she slept with me at night, by my head on my pillow. She was right by my side throughout the day,” she said.

To clone a pet, ViaGen Pets requires at least two skin samples to collect the DNA. Most skin samples are taken from the belly or the inside of a pet’s leg. These samples are then chilled with ice packs and sent to a laboratory where they are placed in an incubator and cells start to grow.

Within two to four weeks, there are millions of cells. The cells are harvested and placed in vials which are frozen in liquid nitrogen tanks.

Melain Rodriguez, client service manager at ViaGen Pets, said: “They can be maintained in this frozen state forever. We have cells from 17 years ago which are still stored.

“Most of our clients are just choosing to store their pet cells right now because the cloning process is so expensive,” Rodriguez detailed. 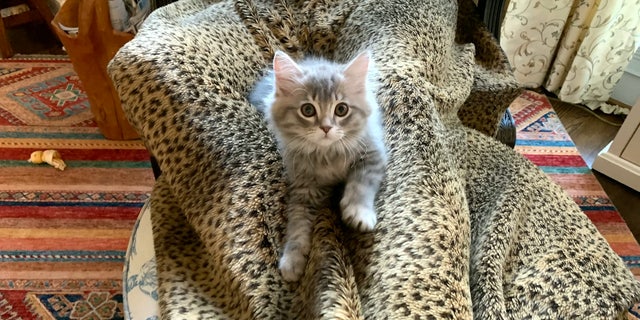 “It is a lot of money but I know people who spend that on vacations all the time. This is an animal that we hope will be with us for two decades," Bryan said of the cloning.
(SWNS)

This genetic preservation costs $1,600 with an annual $150 fee for storage.

In the next step of cloning, a donor egg is taken from a donor animal. The nucleus of the egg is removed so there is no DNA and it is replaced with one of the millions of cells that have been grown in the laboratory.

“The egg and the cell are fused together in our patented cloning process. Essentially the egg is tricked into thinking it’s been fertilized by a sperm,” Rodriguez explained.

The embryo is implanted into a surrogate animal who gives birth to kittens genetically identical to the original cat.

Bryan and Ashley sent samples and swabs of Cinnabun’s DNA to ViaGen Pets in September 2018, but sadly the original Cinnabun died on October 30.

“I knew she had a really good life,” Ashley remembered. “I gave her the best life I could for almost 19 years and I knew that when she died, I would get her again in the clone.”

“It gave me so much comfort to know that I would see her again with the new Cinnabun.”

The clone was born on February 4 and after a few weeks with its surrogate mother, it was flown to the Bullerdick family on April 3. 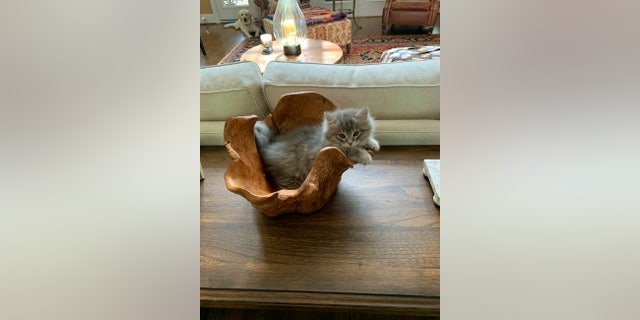 The new Cinnabun, pictured, was flown to the Bullerdick family on April 3.
(SWNS)

“It was a very special day of course. Cinnabun is grey in colour so I actually wore a grey top, I thought that would be sweet,” Ashley said. “I was so excited to welcome her home. She was just two months old but she looked just like her.

“Even though we got the original Cinnabun when she was nine months old, just seeing the two-month-old Cinnabun overwhelmed me with joy,” she revealed. “As far as looks go, they are spot on. Even their personalities are so similar. They are both feisty.”

“The new Cinnabun wants to sleep in the exact same spot as the original Cinnabun – a place that none of my other cats have gone to,” Ashley dished. “She likes to sleep by my head on my pillow and on a particular bar stool in the kitchen.”

“We wanted to call the new cat Bun Bun but when we saw the pictures of her, she looked identical to Cinnabun when she was a kitten so we just kept the same name,” Bryan shared.

This story was originally published by SWNS.