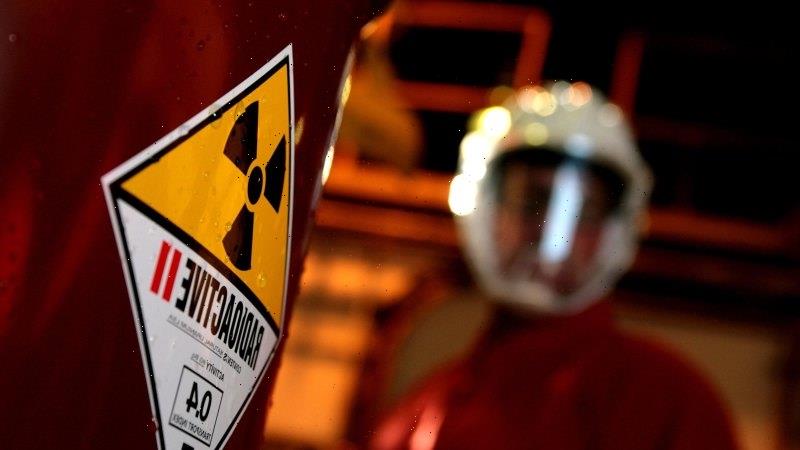 Decades of wrangling over laws to store Australia’s nuclear waste have come to an end, clearing the way for a remote site to replace city facilities that are running out of capacity as nuclear medicine becomes more common.

The federal government backed down on a key feature of the bill to gain Labor’s support in the upper house on Monday, removing a provision that named Kimba in South Australia as the new storage location. 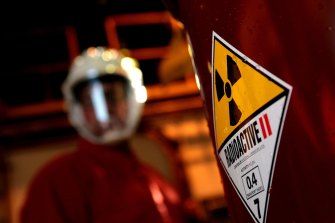 Australia’s nuclear waste is now stored at more than 100 sites around the country.Credit:Glenn Campbell

The outcome is crucial to the long federal dispute over a new storage facility to take waste that is currently sent to Lucas Heights in the southern suburbs of Sydney, the location of Australia’s only nuclear reactor.

The amended bill leaves it to the federal minister to choose the location in a compromise agreed to by Resources Minister Keith Pitt and Labor counterpart Madeleine King.

But the changes also set up a judicial review of the location if there is a dispute over the minister’s choice, setting up an avenue for opponents of the Kimba site to challenge the decision in the courts.

Mr Pitt has warned capacity will run out at Lucas Heights by 2030 as more Australians rely on nuclear medicine to treat cancer and other illnesses, creating a crisis if Parliament cannot agree on a new location.

The Labor caucus agreed last week to leave the negotiations on the bill to Ms King and the party’s federal leadership team, with social services spokeswoman Linda Burney among those who backed the move.

The Senate agreement ends four decades of disagreement on nuclear storage but does not lock-in Kimba as the new site, even though 62 per cent of the local community voted in favour of the proposal in a community ballot run by the Australian Electoral Commission last year.

Kimba mayor Dean Johnson has met Labor leader Anthony Albanese and Prime Minister Scott Morrison to convey the community’s support for the facility, which would be built at Napandee, a farm on the Eyre Peninsula.

The bill passed the Senate late on Monday by 43 to 13 votes with majority support from the Coalition and Labor.

It was opposed by the Greens and South Australian independent Rex Patrick along with Tasmanian independent Jacqui Lambie and Pauline Hanson and her One Nation colleague Malcolm Roberts.

Mr Pitt argued for the bill on the grounds that storage must be found for the by-products from 700,000 nuclear medicine procedures performed in Australia each year.

It is likely to take several years to clear the approvals for the new site, with the Australian Conservation Foundation welcoming the changes to the bill to set up stronger reviews by the courts.

The foundation’s nuclear free campaigner Dave Sweeney said the government had not demonstrated any public health benefits in moving waste from Lucas Heights to Kimba.

“Lucas Heights has secure tenure, a 24/7 federal police presence, the best radiation monitoring and response capacity in Australia and around 95 per cent of the waste is already there,” Mr Sweeney said.