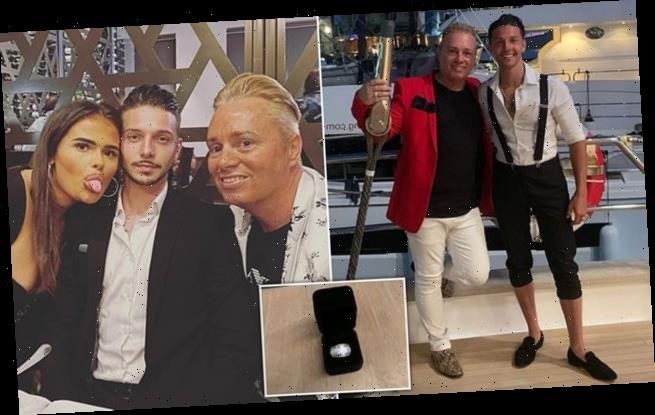 Family affair! One of Britain’s first gay fathers, 50, proposes to his daughter’s ex-boyfriend while on holiday with them both – two months before the couple are due to welcome a baby girl via surrogate

One of Britain’s first gay fathers has proposed to his daughter’s ex-boyfriend – while on holiday with them both.

Barrie Drewitt-Barlow, 50, who is originally from Manchester, is engaged to his bisexual assistant Scott Hutchison, 25, who previously dated his 20-year-old daughter, Saffron, for several months.

The couple announced earlier this year that they are expecting a baby together in October via surrogate.

This week Barrie took to Instagram to reveal that he and Scott are engaged, sharing a video of the elaborate proposal that took place while on holiday with his daughter and her ex. 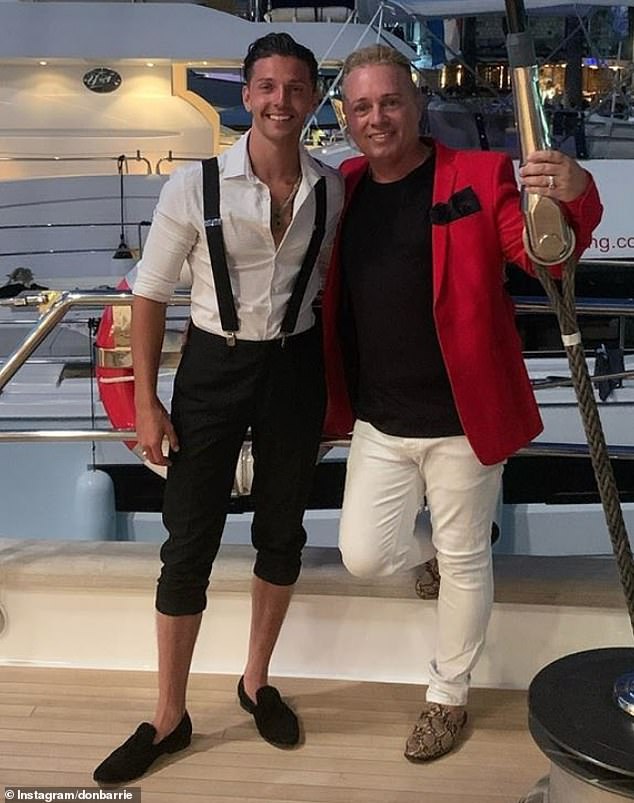 Barrie Drewitt-Barlow, 50 (right) and his assistant Scott Hutchison, 25 (left) have revealed they are engaged 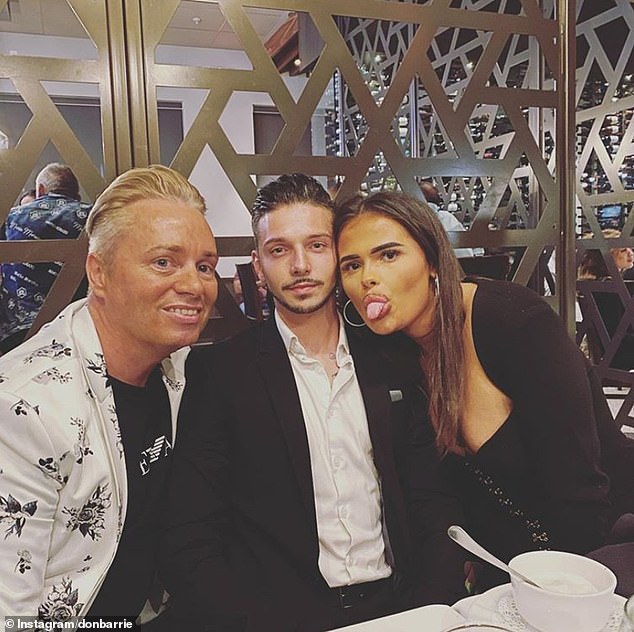 Barrie (left) proposed to Scott (centre), his PA of seven years, while on holiday with daughter Saffron (right), who previously dated Scott for several months

The romantic moment took place on a motor yacht near the Croatian island Hvar. Barrie had decorated the boat with candles and rose petals as well as laying out a bottle of champagne.

Barrie then revealed a huge diamond and silver ring, and can be heard teasing in the Instagram video: ‘What happened here tonight?

‘I wonder what it could be? There’s Champagne, there’s roses, uh, uh, uh, oh… what do you think happened here?

‘And is that something over there?’ 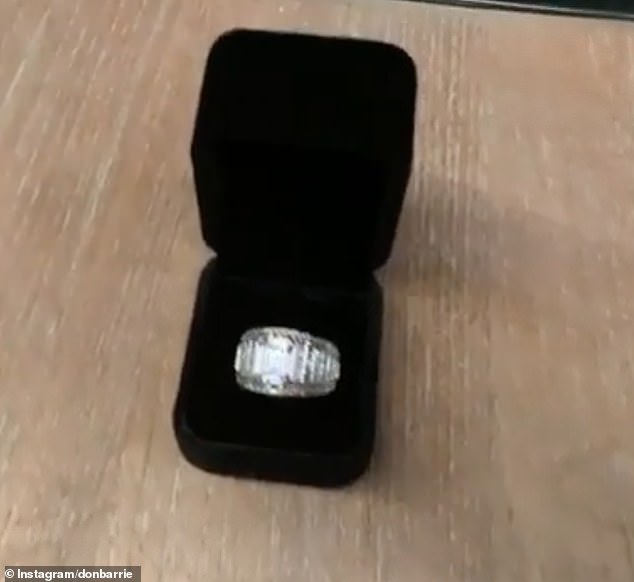 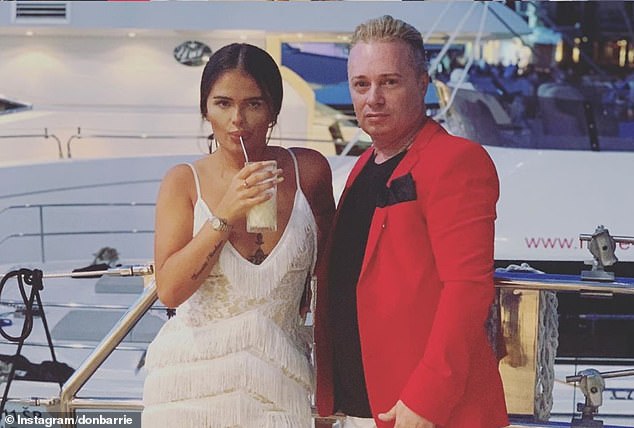 Barrie followed up the post by sharing pictures of himself posing with both Saffron and Scott, hailing his daughter ‘his everything’

Barrie’s post racked up over 3,000 views and over 200 likes, with several users congratulating the pair and hailing them the ‘perfect couple’.

‘Congratulations! So happy for you both… the perfect couple’, said one.

‘Wonderful news. Congratulations. So happy for you both,’ gushed another.

‘Awwwww that’s just the cutest ever!!! Happy future together both of you’, wrote a third.

Barrie followed up the post by sharing pictures of himself posing with both Saffron and Scott, hailing his daughter ‘his everything’. 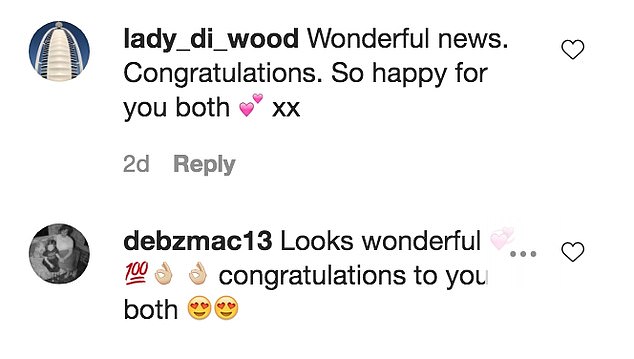 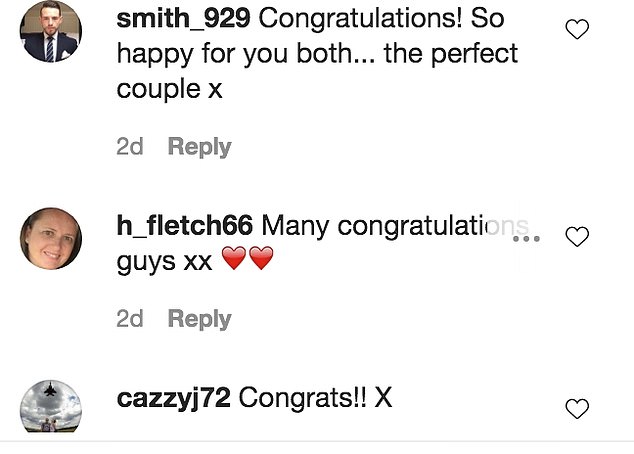 Barrie’s post racked up over 3,000 views and over 200 likes, with several users congratulating the pair and hailing them the ‘perfect couple’

Barrie and his former partner Tony, 55, hit headlines in 1999 when they became the first same sex couple to be formally registered as parents. Their surrogate gave birth to twins Aspen and Saffron.

The fathers, who are worth £40million and live in a £6million 10-bedroom mansion in Florida, went on to have three more children.

The pair, who made their millions through ventures including a surrogacy agency and medical research firm, became civil partners in 2006 and married in 2014.

But Barrie previously told how they ‘slid into a platonic relationship’ after Tony was diagnosed with cancer in 2006.

He said Scott, his PA of seven years, became a ‘shoulder to cry on’ when Tony, who is now in remission, was in hospital during treatment in 2018. 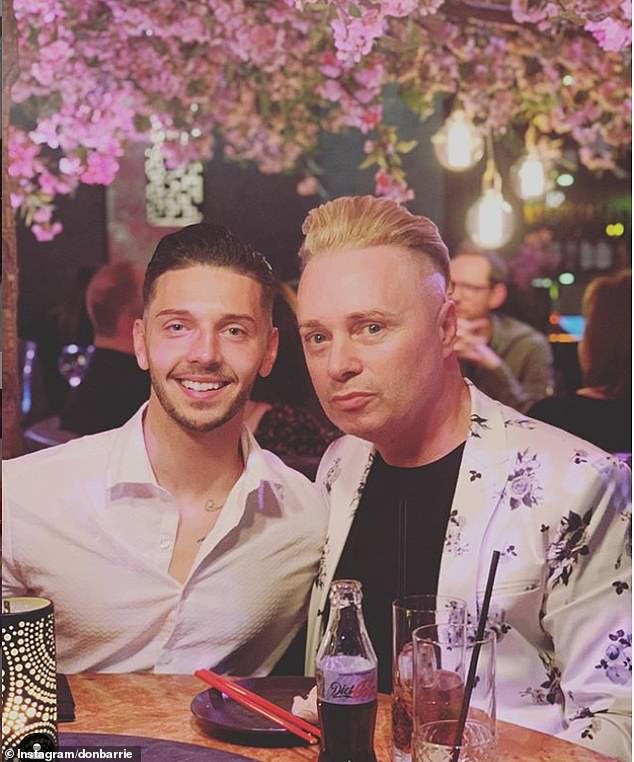 Barrie has said Scott, his PA of seven years, became a ‘shoulder to cry on’ when  former partner Tony, who is now in remission, was in hospital during cancer treatment in 2018 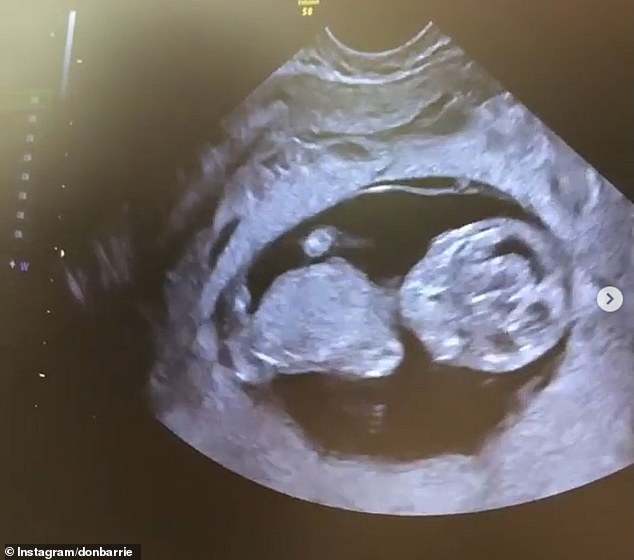 The couple previously announced they were expecting triplets, but in April shared a scan photo revealing just the one baby girl is on the way

Last year Barrie announced that Tony remained his ‘true love’ but they had ended their 32-year relationship.

Meanwhile Saffron has said she is ‘not bothered’ by her father and ex’s relationship, provided they are happy together.

Earlier this year Barrie revealed he is expecting a baby girl with his daughter’s ex-boyfriend via surrogate, with Barrie’s ex Tony agreeing to be the baby’s godfather. 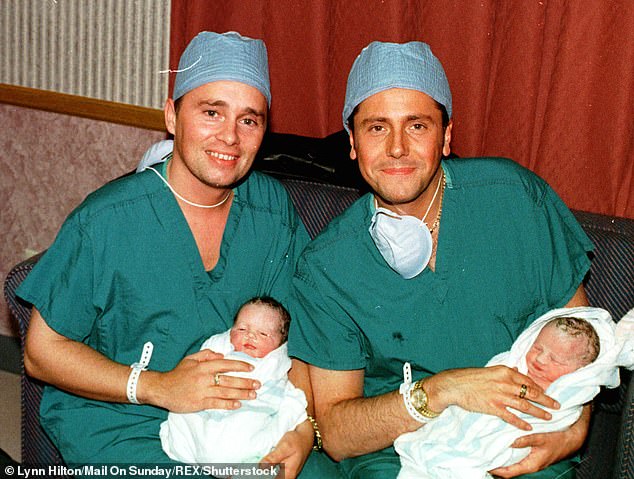 In 1999, Barrie and Tony hit the headlines when a surrogate gave birth to twins Aspen and Saffron (pictured) 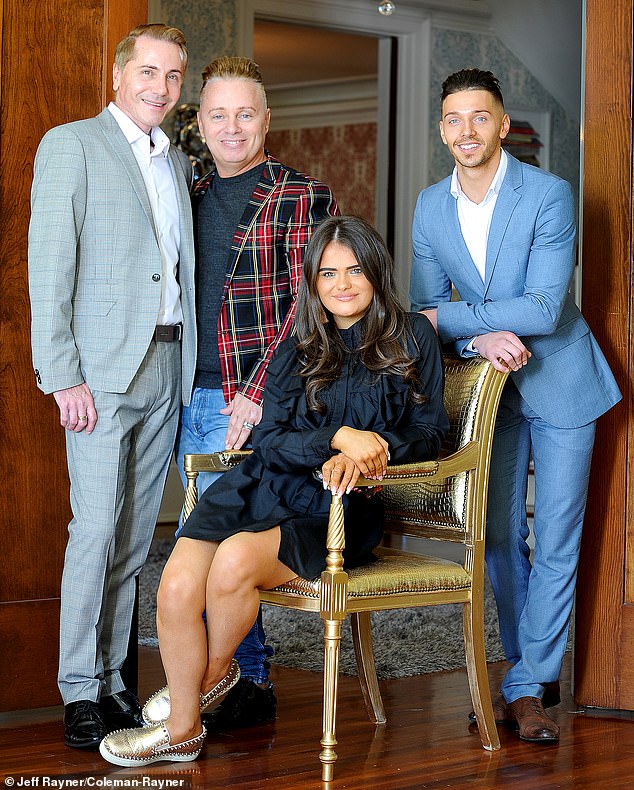 From left: Tony, Barrie, Saffron and Scott live together in their £6million Florida mansion

Their surrogate, Marie, is from San Francisco and has previously worked with the couple for their agency, the British Surrogacy Centre.

All three men and the Drewitt-Barlow’s children still live together in their Florida mansion, which has separate wings.