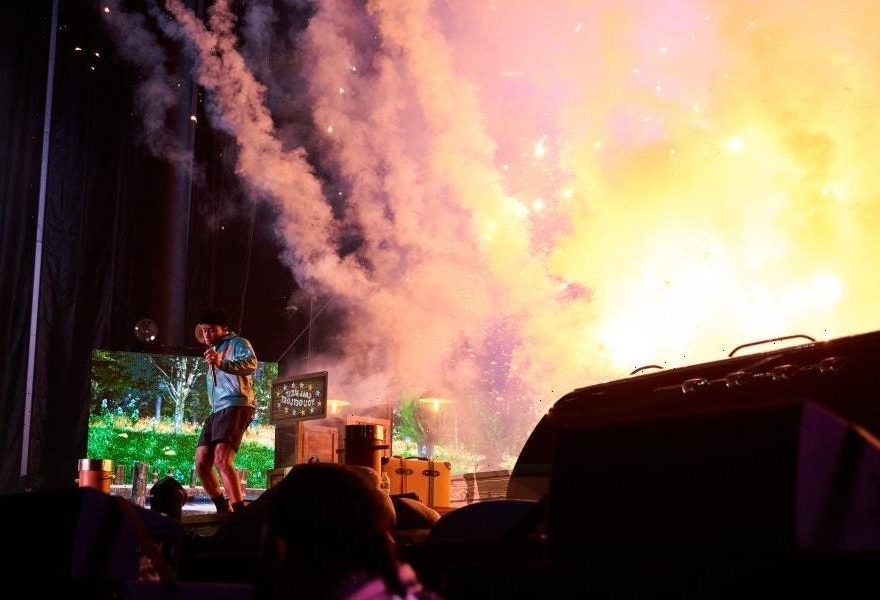 Day N Vegas made its big post-social-distancing return over the weekend, with roughly 60,000 fans descending on Las Vegas’ Festival Grounds to enjoy performances from some of the top acts in Hip-Hop and R&B at the second-ever iteration of the three-day, multi-stage festival.

There was a distinct air of caution on the stages and in the crowd all weekend in the wake of the previous week’s festival disaster, which was still making headlines in real-time with feet on the festival grounds. Multiple artists encouraged fans before and during their performance sets to keep an eye on their concert peers, digital signage instructed concertgoers that if they “see something” to immediately “say something,” beefed-up security and on-duty police were stationed across the grounds, and a near-constant flow of free bottled water was handed off to the audience.

The festival was not completely without incident, with several fans needing medical assistance or being pulled across crowd barriers by staff to get fresh air throughout the duration, but thankfully, nothing too alarming out of the ordinary for the average festival experience occurred.

Rapper Kendrick Lamar made a big return to the stage with his headlining set on Friday, performing classics – in order – from his first album, 2011’s Section.80 to his most recent release, 2018’s DAMN.

“365 days times two since I’ve seen you…” he said to the crowd in his only mid-set commentary, noting that he was also the headliner at the festival’s premiere run in 2019. Donning all-white, face paint, and sporting a new longer-loc’d look, Lamar brought choreography, ballerinas, artistic imagery, and high energy as he sent fans into a frenzy with his rare public appearance.

Kendrick’s turn on the stage capped off an eventful first day of performances. Maryland-bred artist IDK commanded the crowd with tracks from his sleeper hit album USee4Yourself, Mariah The Scientist and Lucky Daye slowed things down with smooth and sultry R&B, Jazmine Sullivan and Ari Lennox blew the house down with their vocals, Thundercat floored fans with masterful instrumentation. The day was dominated by innovative female acts like Baby Tate, Joyce Wrice and Fousheé among others.

Day 2 headliner Travis $cott was notably (and understandably) absent as the festival occurred just one week after a crowd surge during his own Astroworld music festival caused hundreds of injuries and the loss of 8 lives, with two more victims previously listed in critical condition pronounced dead over the course of Day N Vegas’ three days.

He was replaced with Post Malone, capping off a scorcher of a day in the desert (yet a very chilly night) with dynamic performances from Doja Cat delivering hits from her projects Planet Her and Hot Pink, Tinashe, Duckwrth, Victoria Monét, Baby Keem, Latto, and Freddie Gibbs, to name just a few from the jam-packed lineup.

Day three kicked off with smooth performances from Jenevieve, Queen Naija, SiR and Snoh Alegra, picking up pace with the likes of Joey Bada$$, Earl Sweatshirt, and Griselda, and culminating in crowd-swelling performances from SZA, Teyana Taylor, and one particularly chaotic set from Lil Uzi Vert.

With a pause to reset the crowd and ask that patrons step back to give fans up front more room and air, Tyler The Creator took the stage, performing hits from Flower Boy, IGOR, Cherry Bomb, and his most recent album Call Me if you Get Lost with a performance including speed boats, Goyard luggage, pyrotechnics, and a copious amount of intense crowd participation.

See more of our favorite moments from Day N Vegas below: