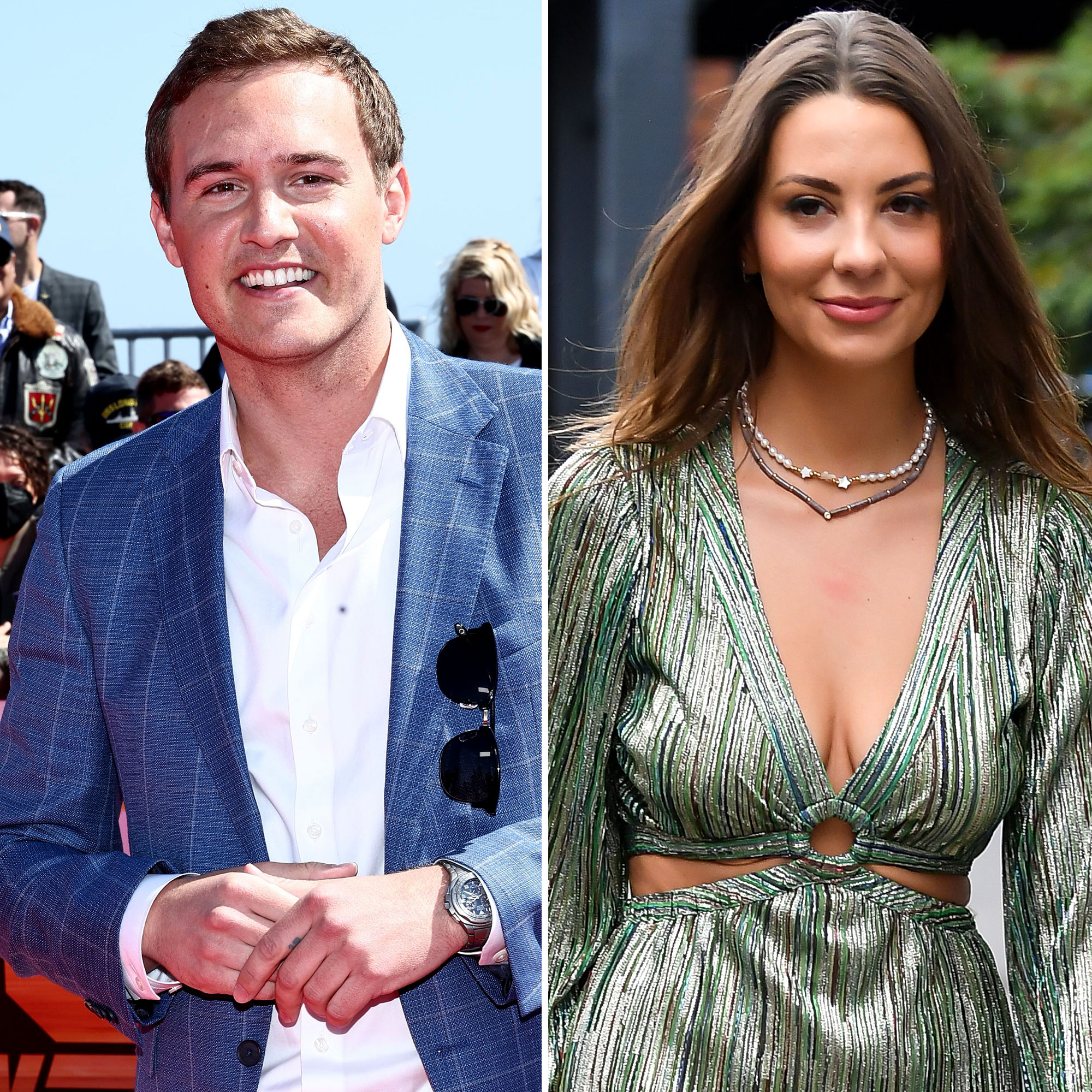 Will she accept his rose … again? Peter Weber fueled rumors that he and ex-girlfriend Kelley Flanagan have gotten back together with a flirty social media comment.

‘Bachelor’ and ‘Bachelorette’ Leads Who Dated Their Former Suitors Post-Split

The former Bachelor, 31, raised eyebrows when he “liked” an Instagram photo of Flanagan, 30, posing in a backless, pink mini dress on Sunday, August 28. After seeing a fan comment that he was “Having impure thoughts Ms Hottie!🔥🔥🔥🔥❤️‍🔥❤️‍🔥,” Weber responded simply, “Same.”

In that same comment thread, a second social media user wrote that she was “happy you guys found your way back together” after calling it quits in February 2021. The pilot quietly “liked” the comment, implying that he and Flanagan may have reunited nearly one year after their messy split. The Chicago native, for her part, did not react to any of the comments on her post.

Weber’s comments come weeks after Us Weekly confirmed that the former couple were spotted attending a Chicago Cubs baseball game against the Washington Nationals on August 10.

The pair dated for nearly one year after his season of The Bachelor finished airing in March 2020. Though Weber initially sent Flanagan home ahead of hometown dates — ultimately proposing to Hannah Ann Sluss during the finale and ending their engagement because he still had feelings for runner-up Madison Prewett — they reconnected post-show.

“To be completely honest, I think just the nature of [The Bachelor] definitely works and I’ve said that since day one. I still believe it works, but I think specifically for the type of relationship between, you know, Kelley and myself [it] just wasn’t the most organic type of situation for us if it was going to actually work,” he explained to a fan in a Cameo video in May 2020. “What’s meant for you and what’s yours will always be yours, and nothing can ever change that. … That’s kind of always been our relationship. We’ve kept coming back in each other’s lives.”

After several months together, the couple announced on New Year’s Eve in December 2020 that they called it quits. Despite briefly reconciling the next month, Weber and Flanagan broke up for good in February 2021.

“You come off [the show] and you’re like, ‘Oh, some of your hobbies don’t align with mine.’ It’s not a bad thing, [but] he loves Pokémon cards and he loves playing video games and he loves going out and partying,” the former Bachelor contestant said during an appearance on the “Chicks in the Office” podcast in May 2021. “There was a while where I was trying to convince myself that that’s what I liked and I was like, ‘Alright, Kelley, let’s be honest with yourself. Does that add up for you?’”

Weber responded to his ex-girlfriend’s remarks on his own podcast, “Bachelors in the City,” explaining that they liked and valued “different” things. “I will never apologize for liking Pokémon cards. … Maybe she was just playing along to make me happy.”

Peter Weber vs. Kelley Flanagan: Everything They’ve Said About Their Split

One year later, Flanagan hinted that she didn’t see the Virginia native as marriage material. “Peter and I had a lot of fun, but I don’t know if I looked up to him in the way that I wanted to look up to my spouse,” she confessed during an appearance on the “Talking It Out” podcast in May. “With Peter, it was just fun and games. I could have fun with him, but I wanted more of a man that I look up to. I just didn’t look up to Peter in the way that I always hoped I would look up to my husband.”