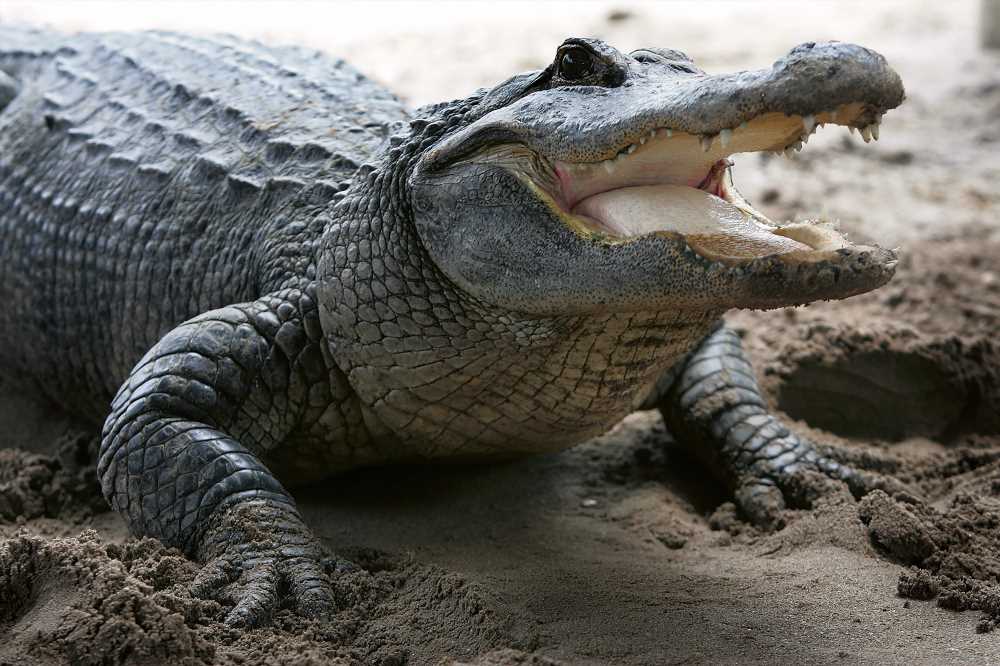 If you absolutely must have meth (which you absolutely should not), at the very least don’t flush your supply down the toilet lest you accidentally create “meth-gators.”

That’s the half-joking, half-not message Tennessee’s Loretto Police Department shared after officers busted a man allegedly trying to flush his stash of meth down the toilet as the cops were serving him a search warrant at his home on Saturday.

“Folks…please don’t flush your drugs m’kay,” the department wrote on its Facebook page, noting that the contents “ends up in our retention ponds for processing before it is sent down stream.”

Though the sewer department takes “great pride in releasing water that is cleaner than what is in the creek,” the post continued, “they are not really prepared for meth,” which could impact the ducks, geese and other waterfowl frequenting the treatment ponds.

Police “shudder to think what one all hyped up on meth would do,” but more so if the drugs “made it far enough we could create meth-gators in Shoal Creek and the Tennessee River down in North Alabama.”

Marauding meth-gators wouldn’t be the first animal linked with the addictive substance — a stimulant that can cause euphoria and increased energy. Last month, police said a man kept an “attack squirrel” and fed it meth.

While the idea of meth-gators might seem farfetched, all sorts of drugs, both legal and not, can end up in the water supply. No evidence exists currently that those residues are harming people, though studies have shown fish and other aquatic life have been impacted.

Meanwhile, the suspect, who, cops said, was unsuccessful in his attempt to flush the evidence, was arrested on charges of possession of meth, drug paraphernalia and tampering with evidence. Police seized 12 grams of methamphetamine, 24 fluid ounces of liquid meth and drug paraphernalia, they said.

Cops added that they can properly dispose of meth, or any other drugs, including prescription medication, if called upon.