Making the most of her time off! Pregnant Jennifer Lawrence detailed her acting hiatus to Stephen Colbert on Monday, December 6.

When the Late Show With Stephen Colbert host, 57, asked the actress, 31, what she did while pausing her career, she cradled her bump and joked, “I just had a ton of sex.” (News broke in September that the Oscar winner is expecting her first child with husband Cooke Maroney.)

After Colbert congratulated Lawrence and shook her hand, she clarified that she was “joking” and said, “I cooked a little. The pandemic happened, and then I cooked and I cleaned a lot. … I think I would be a really good housekeeper. No, I really do. I make a mess, but I’m really good at cleaning it up. I can attack a mess.”

After the Don’t Look Up star joked that she learned “deep and profound” things during her break that she didn’t want to share with the talk show host, she elaborated on her years off.

Celebrity Pregnancy Announcements of 2021: See Which Stars Are Expecting 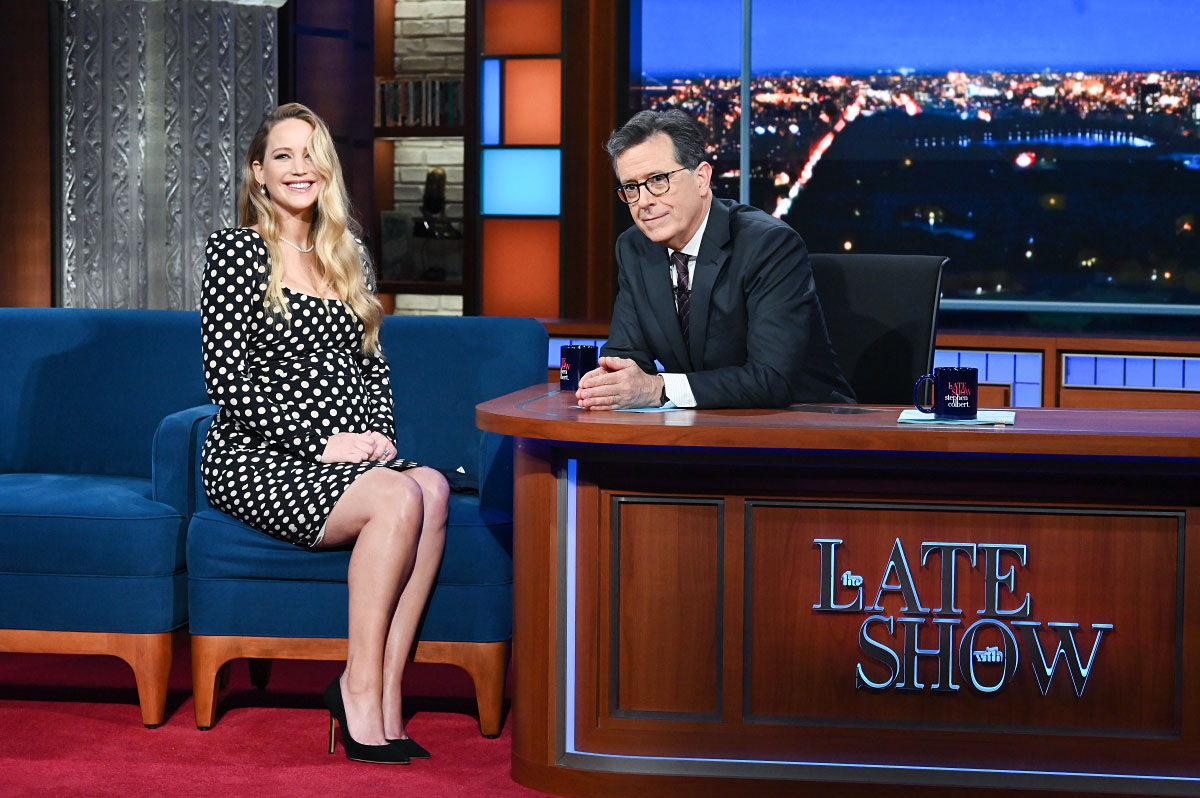 “It was really nice,” Lawrence said. “I’ve always found comfort in a schedule and doing something and being somewhere and just the comfort of being on set where the world is one thing and very organized. There are not people screaming. Coming out of Hunger Games, it was nice [to take] a break. Nobody really cared, and it was quiet. I got to, like, feel like I could become a part of the world again without fanfare, literal fanfare.”

The Passengers star announced in September 2017 that she would be taking a break from acting, telling the Today show cohosts that she would be “making pots” in the meantime. “I don’t have anything set for two years,” she said at the time.

Three years later, the Golden Globe winner told Heather McMahan on the “Absolutely Not” podcast that Hollywood “just doesn’t stop,” explaining, “It’s like the next big movie, do this, do this, do this. And you’re like, ‘Oh ,my God. Great, great. What a, what an amazing opportunity.’ And you’re just a part of this machine. And then you’re like, ‘Wait a minute. I’ve lost track of the kind of films that I want to make and why I want to make them.’ I felt like my career had taken on a life of its own. … I just had to make some changes and I did.”

The Red Sparrow star started dating Maroney, 37, in 2018, and the gallerist proposed the following year. Lawrence wed the Vermont native in October 2019 in Rhode Island.