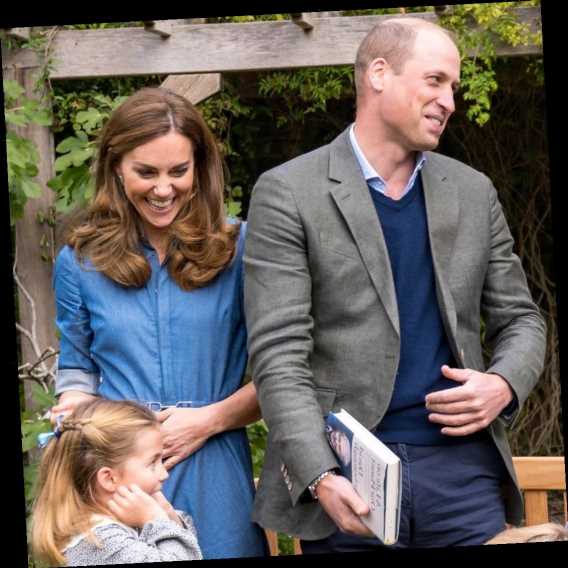 Prince William and Kate Middleton took to Twitter to share a very cute video of their family.

The royal kids have many questions for natural historian David Attenborough.

Prince George inquired about which animal would go extinct next, to which David optimistically replied hopefully none of them.

"There are a lot of things we can do when animals are in danger of extinction," David explained. "We can protect them."

Princess Charlotte asked David if he likes spiders, to which he enthusiastically replied, "I love spiders!"

"Why are people so frightened of them? I think it's because they have eight legs, which is more than us, and if you have eight legs you can move in any direction, so you don't know which way they're going to go," he shared. "Spiders are so clever. Have you ever watched one try to build its web? That is extraordinary."

It was Prince Louis that asked the most important question, though: "What animal do you like?"

To answer Prince Louie's question, David said he likes monkeys best—though recommends a "puppy or a kitten" as a household pet instead of the forest-dwelling animals.

Amanda Bynes Returns to Instagram With a Dramatic New Makeover

Khloe Kardashian Laughs Off “Shade” Over Her Latest Instagram Makeover

David has taught the royal kids much about animals. Following a screening of the BBC broadcaster's new Netflix documentary David Attenborough: A Life on Our Planet at Kensington Palace in September, David showed Prince George a cool shark tooth.

Currently, David is working with the Duke and Duchess of Cambridge's new environmental initiative the Earthshot Prize.

"Our prizes will reward progress across all sectors of industry and society, not just technology," the Earthshot Prize mission statement reads. "The prizes could be awarded to a wide range of individuals, teams or collaborations—scientists, activists, economists, leaders, governments, banks, businesses, cities, and countries—anyone who is making a substantial development or outstanding contribution to solving our environmental challenges.

With David's teachings, hopefully, more kids like Prince George, Princess Charlotte and Prince Louie will learn all about the wonderful things the planet and the animal kingdom can offer.