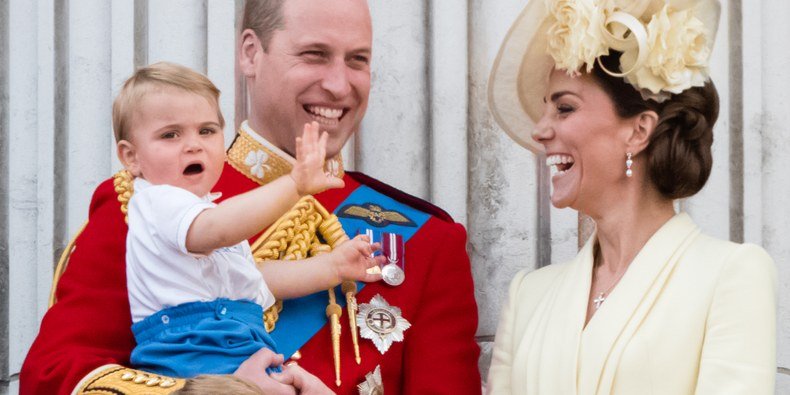 For the past few years, there has been a lot of talk about the royals "breaking tradition," and that has typically referred to Prince Harry and Meghan Markle. But it seems that Prince William has leaned in to adopting the progressive politics of his siblings.

While attending an event in east London to support Albert Kennedy Trust, an LGBTQ initiative dedicated to eradicating homelessness, the Duke of Cambridge was asked what he would do in the event that one of his children would come out as gay.

According to the Daily Mail, his response was simple: "I think you really don't start thinking about that until you are a parent, and I think, obviously absolutely fine by me."

Prince William did continue with some clarification on his thoughts on how he would feel if Prince George, Princess Charlotte, or Prince Louis—who are third, fourth, and fifth in line to the throne—were queer. "The one thing I'd be worried about is how they—particularly the roles my children fill—is how that is going to be interpreted and seen," he continued, before adding that this has indeed been a topic of conversation with his wife, Kate Middleton. "Catherine and I have been doing a lot of talking about it to make sure they were prepared. I think communication is so important with everything, in order to help understand it you've got to talk a lot about stuff and make sure how to support each other and how to go through the process," he said. "It worries me, not because of them being gay, it worries me as to how everyone else will react and perceive it and then the pressure is then on them," he continued, noting that he has considered the backlash his children could potentially receive as the hypothetical first out king or queen of England. "How many barriers you know, hateful words, persecution, all that and discrimination that might come, that's the bit that really troubles me," he said, according to reports from the BBC.

Aside from Princess Diana's advocacy for HIV/AIDS patients, the mainline royal family has not had a history of being very outspoken when it comes to protecting the lives of LGBTQ individuals. It was just three years ago that Prince William appeared on the cover of Attitude, a gay British publication. In the same year, the Queen's cousin Lord Ivor Mountbatten came out as the first openly gay British royal and married his longtime partner James Coyle marking the first-ever gay royal wedding last year. The Duke's visit to Albert Kennedy Trust is also possibly the first visit to a LGBTQ organization for a member of the royal family, and per the report from Daily Mail, he may have visited on Lady Gaga's recommendation. If Prince Harry is known by his nickname the "party prince" it seems that the title of "pride prince" should go to Prince William.