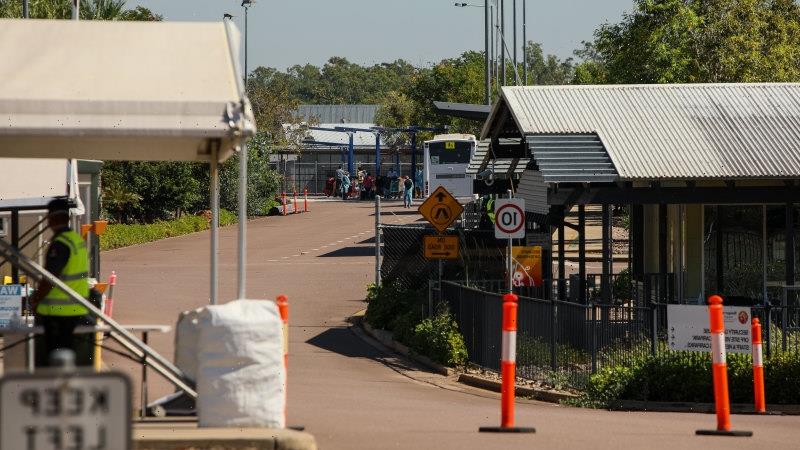 Potential quarantine sites in Queensland and Western Australia have been identified by the Commonwealth, as the Prime Minister commits to completing the first stage of the Victorian facility before the end of the year.

Prime Minister Scott Morrison wrote to the Queensland and Western Australian premiers on Thursday night over suitable quarantine sites picked by the federal Department of Finance. 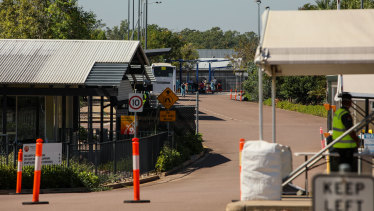 The only purpose-built quarantine facility in Australia so far is the Howard Springs centre in Darwin.Credit:Getty

He also wrote to Victoria’s Acting Premier James Merlino confirming construction on the Mickleham facility would be expedited. The facility will be built to house 1000 people, but will open when the first 500 beds are completed.

“I have asked my officials to prioritise this project and I want to see that all efforts are made to deliver the first stages of the facility by the end of 2021,” Mr Morrison wrote.

“On completion of the first stages, a facility with a 1000 bed capacity will increase the number of Australians that can return to Australia and provide options to assist in our economic recovery by enabling arrivals of international students, skilled migrants and other economic intakes into the medium term.“

In WA, two parcels of land, at Jandakot Airport in southern Perth, and at Perth Airport and owned by the Department of Infrastructure were found to be an appropriate size and meet the Commonwealth’s criteria for a facility.

In his letter to Queensland Premier Annastacia Palaszczuk, Mr Morrison said the Commonwealth identified the Department of Defence’s Damascus Barracks in Pinkenba, near Brisbane Airport, as a suitable site.

But Queensland’s Deputy Premier Stephen Miles said it was a shame it had taken this long to get a response from the federal government.

“I just emphasize that we have on the table a very detailed, highly costed proposal that could be built now, we could go ahead now, but instead the Prime Minister wants us to start from scratch with this other proposal,” he said on Friday morning.

“Our Wellcamp proposal I think has been on the table now for five months and we did an audit of sites. It was one of the sites that was identified as a possible location.

“It’s taken them five months to not give us an answer on Wellcamp, we’ve had this [letter] for 12 hours.”

Proposed facilities must meet the federal government’s requirements, which include being within one hour’s drive from a tertiary hospital, within “reasonable proximity” of an international airport, and be Commonwealth owned.

Mr Morrison said the Wellcamp site in Towoomba by the state government did not meet those specific criteria.

“I would welcome a proposal from Queensland, or any state or territory, which meets these criteria,” he wrote. “I note that the Queensland Government is likely to have a large number of sites available which may be suitable.”