Facebook has banned the sharing or viewing of our news articles on its platform. For independent journalism straight from the source, download our app and sign up to our newsletters.

With his bulbous nose, fluffy moustache and slightly sagging jowls, a 34-year-old Rembrandt van Rijn gazes out from the frame. Despite wearing a hat and coat that are 100 years past the date they were considered fashionable, the Dutch artist looks like a man pleased with his place in the world.

“I see a very confident – almost, dare I say – cocky artist who is clearly quite aware of who he is and why he is important,” says Bart Cornelis, the curator of Dutch and Flemish paintings at the National Gallery in London. “And he turned out to be right. I think he was aware that he was something out of the ordinary, but it’s still a bit cocky.” 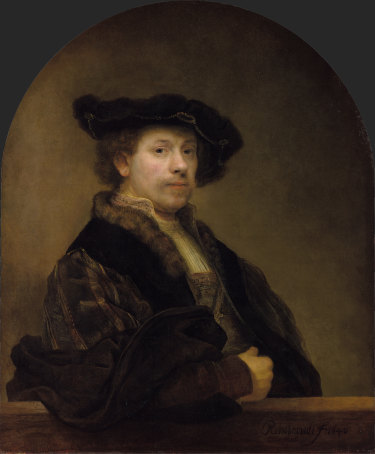 Rembrandt’s Self Portrait at the Age of 34, 1640. Credit:The National Gallery, London

He was, in short, a master of the selfie. A man ahead of his time, who spent hours looking in the mirror to find the right angle for his “tronies” – head and shoulder studies – and who was a master of lighting, no filter required. He just needs to work on his angles, as those floppy jowls wouldn’t pass the Instagram test.

Cornelis, a fellow Dutchman who is keen to know if my surname is Dutch or Flemish, agrees: “He probably would have hated Instagram, all these young people with their perfect skin in their selfies. Because he was interested in something else, although it’s difficult to say what it is.”

Painted in 1640 in Amsterdam, Self Portrait at the Age of 34 is one of 61 works headed to the National Gallery in Canberra as part of Botticelli to Van Gogh: Masterpieces from the National Gallery in London, its first international touring exhibition in the gallery’s near 200 years. The exhibition arrives almost six months late. It was originally due in November last year but was caught in lockdown in Japan and languished, unseen, for months at the Museum of Western Art in Tokyo. 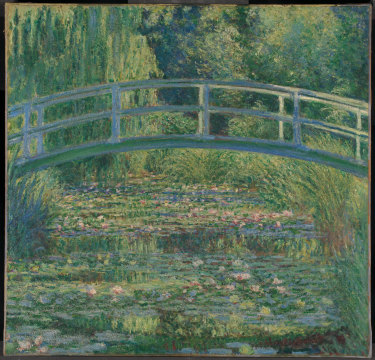 Claude Monet’s The Water-Lily Pond, 1899, is part of the exhibition.Credit: © The National Gallery, London

On the day I visit in late January the London gallery is crowded with tourists, retirees, school children and the ubiquitous French teenagers on an excursion (if you’ve been to any gallery anywhere in Europe, I guarantee you’ll come across a slouchy group of adolescentes). Less than a month later, the first coronavirus case was confirmed in London and in March the gallery, like many around the world, would close.

It seems almost unbelievable now that, of the curators I spoke to, the biggest concern about sending the masterpieces abroad was the bushfire smoke that was then surrounding Canberra. Now, 13 months later, Rembrandt is one of the few Dutchmen allowed into Australia – no quarantine required.

And while the Old Master might not be the most fashionable of names in Botticelli to Van Gogh, his obsession with the self-portrait is perhaps something we can all relate to after a year of staring at ourselves on computer screens, wondering if the lighting was OK (it wasn’t) or if we needed to invest in a ring light (we didn’t, just sit next to a window). 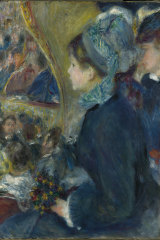 “When he uses light, it’s really to underscore emotion and facial features – the crinkle of an eye, the furrowed brow – he’s really able to use light to pick out emotion,” says Helen Hillyard, an assistant curator at Dulwich Picture Gallery, in the city’s south-east.

Hillyard has been closely studying the artist as part of the gallery’s Rembrandt’s Light exhibition, which not only focused on his use of light and how he experimented with it (blocking off windows in his Amsterdam studio, using linen to diffuse it), they also imagined what occupation he would have had in the present-day.

“He was so good at his storytelling through light, that if he was alive today, might he have been working as a cinematographer?,” asks Hillyard.

“I think he would have been a blockbuster man,” she says, as he was an expert at retelling big stories, such as Biblical narratives, and allowing them to unfold through his use of light.

‘He was so good at his storytelling through light, that if he was alive today, might he have been working as a cinematographer?’

Rembrandt’s trick, says Hillyard, was “his placement of light areas next to dark areas, with this understanding that light pushes forward and dark recedes. If you place certain tones next to each other, you can create quite spectacular lighting effects.”

You only have to look at his Self Portrait at the Age of 34 to see this in action. He sits at a quarter turn, the light catching the top of his collar and the right side of face, with the lines under his eyes and faint crease in his brow highlighted. It’s flattering, yet honest. And that, says Hillyard, is where some of Rembrandt’s problems started.

“One of the reasons he became less popular was because he did these quite unflinching portraits and they were so characterful and were really truthful,” says Hillyard. “But if you were a wealthy burgermeister who wanted a flattering likeness, he didn’t necessarily stick to the brief.”

Would Hillyard want her portrait painted by Rembrandt?

“I don’t think Rembrandt was a flatterer,” she says, laughing. “Part of me thinks I’m too vain to have my portrait painted by Rembrandt. I think I’d go for one [by his pupils] instead – ‘Just do that and change it a bit’ – I think they’d be more open to that. Rembrandt would be, ‘No, this is the portrait you’re getting’.”

Back at the National Gallery in London, I ask Cornelis the same question: would he have his portrait painted by Rembrandt?

“I would be quite curious, he would be very unforgiving, of course,” he says. “I would like to know what he would make of this face. Whereas if you went to a painter who would idealise you, it might have a hint of you and it might be quite interesting to see what you, idealised, would look like, but with Rembrandt you’d go for the full confrontation.”

It’s this honesty Cornelis likes best about Rembrandt. “He doesn’t go for ugliness, he just goes for what he sees and hopes to find the beauty in that.”