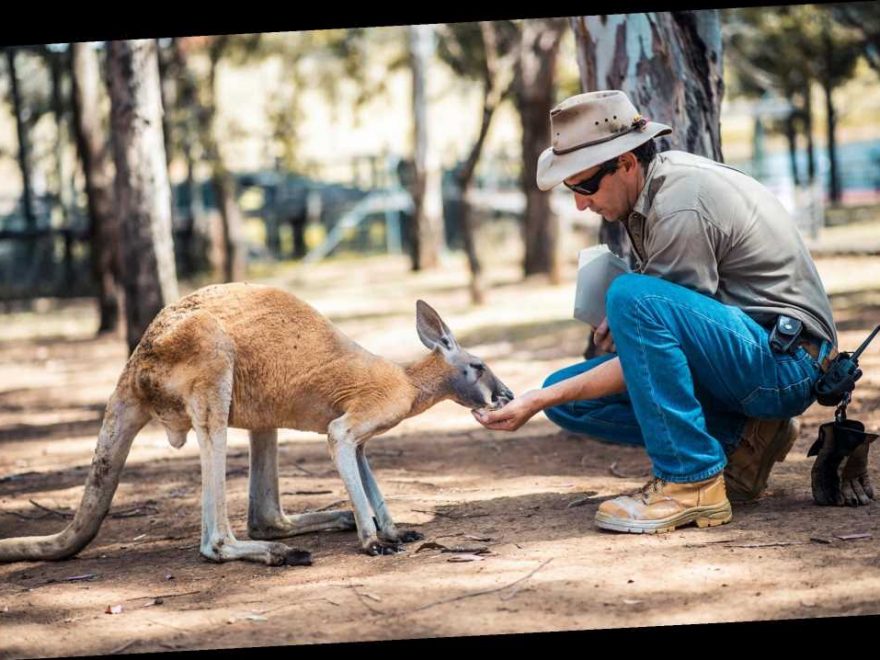 Jogger ‘roos’ the day she wore SJP’s perfume on run

SYDNEY – Kangaroos can learn to communicate with humans similar to how domesticated dogs do, by using their gaze to “point” and ask for help, researchers said in a study published on Wednesday.

The study involved 11 kangaroos that lived in captivity but had not been domesticated. Ten of the 11 marsupials intently gazed at researchers when they were unable to open a box with food, according to the report. Nine alternately looked at the human and at the container, as a way of pointing or gesturing toward the object.

“We interpreted this as a deliberate form of communication, a request for help,” Alan McElligott, the Irish researcher who led the study, told Reuters in a call from Hong Kong.

“Wild species are not really expected to behave as those subjects were, and that’s why it is surprising.”

The findings challenge the notion that only domesticated animals such as dogs, horses or goats communicate with humans, and suggests many more animals could grasp how to convey meaning to humans, the paper asserts.

“We’ve previously thought only domesticated animals try to ask for help with a problem. But kangaroos do it too,” concluded co-researcher Alexandra Green from the University of Sydney.

“It’s more likely to be a learned behavior when the environment is right.”