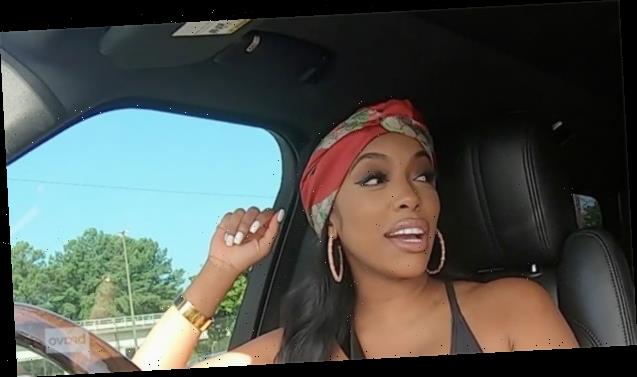 Nearly everyone became annoyed with Kenya Moore during the Jan. 31 episode of ‘RHOA’. But some romantic texts from Dennis McKinley put a smile on Porsha Williams’ face.

Porsha Williams was still very much a single woman during the Jan. 31 episode of The Real Housewives of Atlanta, but based on Dennis McKinley‘s recent text messages to her, that may not be the case for long. After arriving in South Carolina for the cast trip hosted by Kenya Moore, Porsha took in some pool time with longtime friend Shamea Morton. And that’s when Porsha let Shamea read some texts that Dennis had recently sent to her.

In some of the messages, Dennis told Porsha that he couldn’t take the “extreme highs or lows” anymore. And he suggested that they “tough it out” and take on the “good and the bad” together. Porsha didn’t respond. Then, Dennis sent another text that said, “I love you”, but again, she didn’t respond. He even said, “Marry me”, to which Shamea told Porsha to go be with him immediately, but she wasn’t so into the idea of that just yet. Instead, she just replied, “Thank you.”

“Dennis sending me all these messages about how he loves me and wants to get back together — that’s kind of sexy. Not sexy in a I want to have sex way, but in a sexy way like it’s flattering,” Porsha said during her private confessional.

Dennis also told Porsha that he missed her before asking her out on a date for when she returns from the cast trip, but she didn’t reply. So Shamea took Porsha’s phone and tried replying for her, but Porsha chased Shamea and tried stopping her. It’s not yet clear whether Shamea ended up sending a text or not, but we hope she did.

The rest of the trip focused on Marlo Hampton getting mad at Kenya for giving her the worst room in the house (Kenya blamed that on Marlo’s constant backstabbing), Drew Sidora and LaToya Ali finally making up after that wig diss (sort of), and Kenya withholding food from the rest of the ladies. Well, she didn’t exactly withhold food from them, but she did order some more tasty food than what was offered in the refrigerator and everyone thought she was being rude for it. To be honest, they weren’t too thrilled with how she was hosting them.