dancing with the stars

Cheryl Burke to miss ‘DWTS’ after testing positive for COVID-19

“Dancing With the Stars” is gearing up to be extra “Starr”-studded Monday night.

Melanie “Mel C” Chisholm’s dance partner, Gleb Savchenko, exclusively revealed to Page Six that Ringo Starr sent the Spice Girls singer a special message ahead of their week two foxtrot set to The Beatles’ “Here Comes the Sun” — and they’re hoping to air it on the show.

“We have a special message from one of the members,” Savchenko, 38, teased. “Apparently Mel is friends with Ringo and he sent her a special message, which is hopefully gonna play in the package.

“When she sent me this message I was like, ‘Are you kidding me?’” he added.

Savchenko previously performed to the classic Beatles hit when he was paired with Jana Kramer during Season 23. He told Page Six he’s going “full-on foxtrot” with his choreography for Chisholm, 47, this time around.

“My whole idea is to show a different side of Melanie,” the Russia native shared. “Everybody knows that she’s sporty, she can go for it … but can she be soft? Can she be a little bit more lyrical? So we’re actually going with this totally different vibe.”

He added, “It’s going to be flawless, romantic, technical … and just very beautiful.” 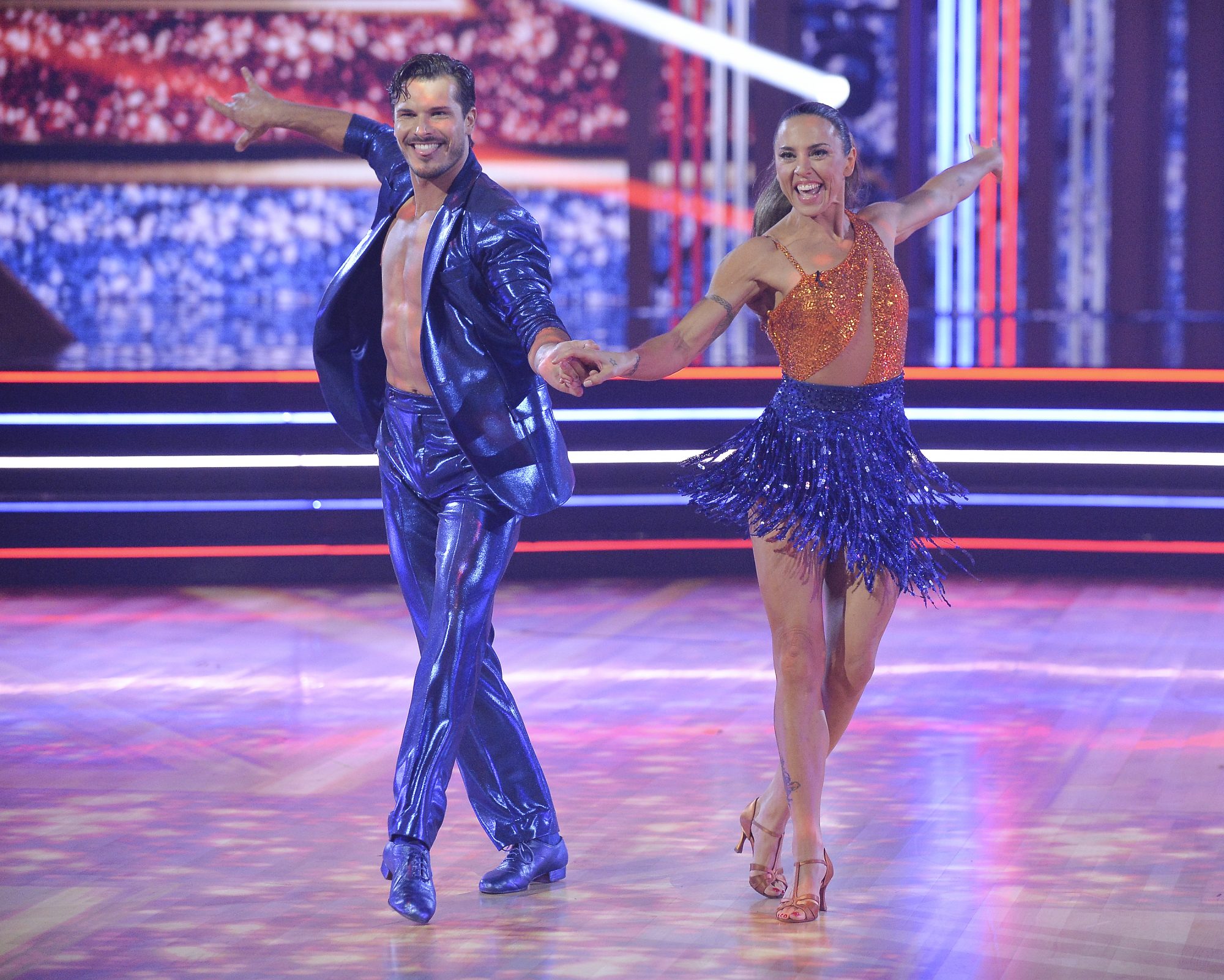 Savchenko has yet to take home a mirrorball trophy, but the seasoned pro said it would be “the dream” to win Season 30 with Chisholm.

“A mirrorball would be everything. I can’t describe the feeling because I’ve never won, but I think it would mean the world to me,” he shared. “Number one, It’s Season 30. Number two, I have an amazing partner. And number three, the cast is insane; everyone is really, really good.”

Savchenko admitted that much like the rest of the cast, he was definitely “fangirling” when he found out Sporty Spice was going to be his partner. He’s confident Chisholm has what it takes to get them to the finals.

“She has this energy about her. She’s got that power, this energy around her. It’s insane,” he explained. “We have a lot of work to do … but she’s a perfectionist and a really hard worker.”

He added, “She takes it so seriously. She’s like, ‘We gotta deliver!’”

“Dancing With the Stars” airs Mondays at 8 p.m. ET/PT on ABC. Tune in to see Savchenko and Chisholm’s Beatles-inspired foxtrot, followed by a tango to Britney Spears’ “Toxic” on Oct. 4.