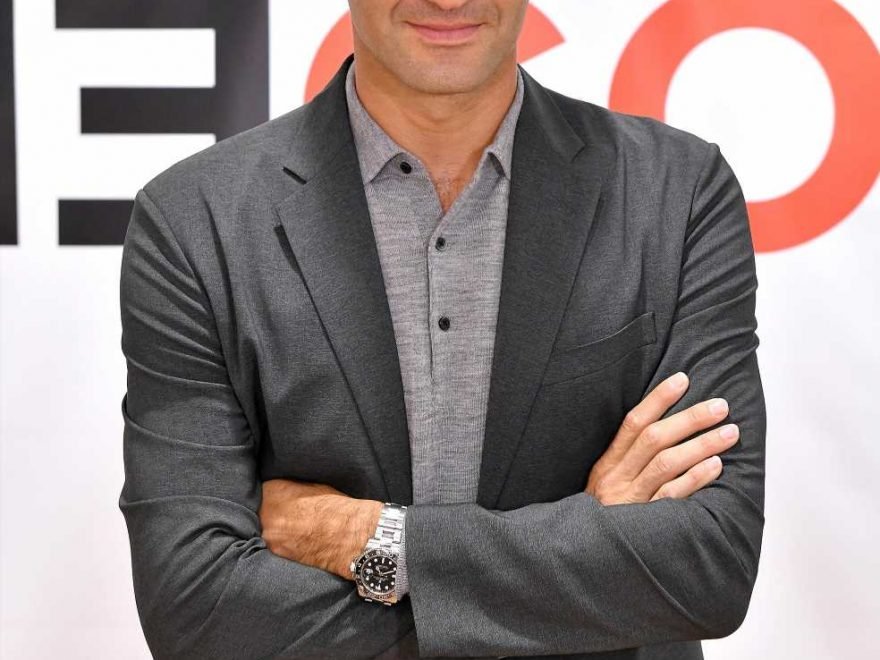 With eight Wimbledon trophies under his belt, Roger Federer has reason to be proud.

However, while speaking at the launch of his new gamewear collection with UNIQLO in New York City on Tuesday night, the tennis champion stressed the importance of staying humble — something he says he has always tried to do amid his many victories.

“When I was a young boy I was asked in an interview once if I have a motto I live after,” Federer recalled during the event. “And I said ‘It’s nice to be important but it’s more important to be nice,’ because a lot of people sometimes take themselves too serious, or they think ‘I’m on top of the world,’ but actually you’ve achieved nothing yet.”

“So I think staying humble, working hard, being kind to people — it’s really important,” he added.

The tennis champion — who has also won six Australian Open titles, five U.S. Opens and one French Open — explained that what goes around comes around. Even with immense success, you may one day find yourself in need of some help, which is why he focuses on being the best person for his loved ones, and not letting the fame get to him.

“You want to stay the same guy. Never forget your roots, remember how important family is, your friends are and take care of them. You want them to take care of you too when you’re not doing so well,” he said at the event.

When it comes to giving his fans advice about chasing their dreams, he tells them to do it with enthusiasm.

Federer went head to head with Novak Djokovic at the 2019 Wimbledon gentlemen’s singles final earlier this year and was defeated by the Serbian player after a historic five sets.

Djokovic and Federer alternated victories through the first four sets in an impressive and momentous game, as for the first time ever, the men’s singles final ended with a 12-12 fifth set tiebreak.

To decide the winner, both players had to try to be the first to score seven points, with an advantage of two or more points.

In the end, Djokovic triumphed, winning 7 points to 3.