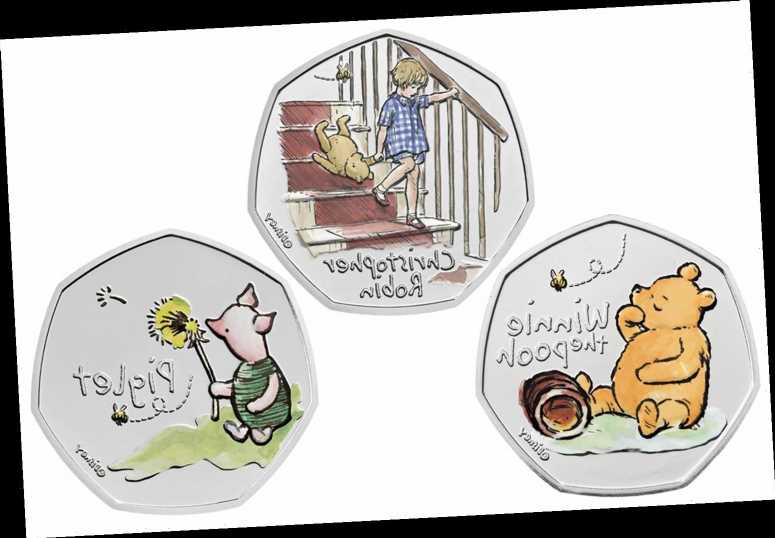 THE first in a series of Winnie-the-Pooh 50p coins was unveiled yesterday.

Designs based on original watercolour illustrations of the character and his friends by E.H. Shepard were created by the Royal Mint collaborating with Disney. 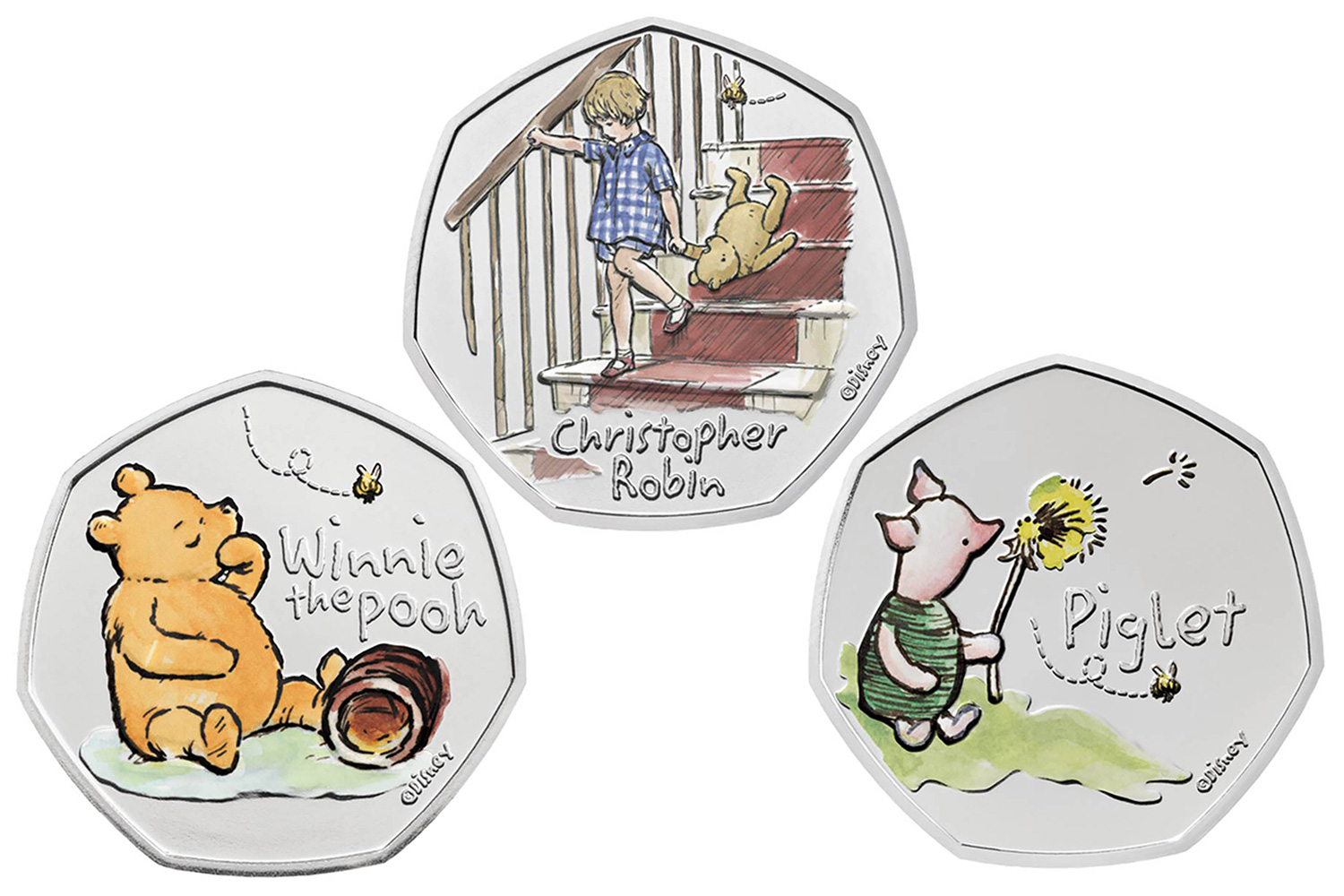 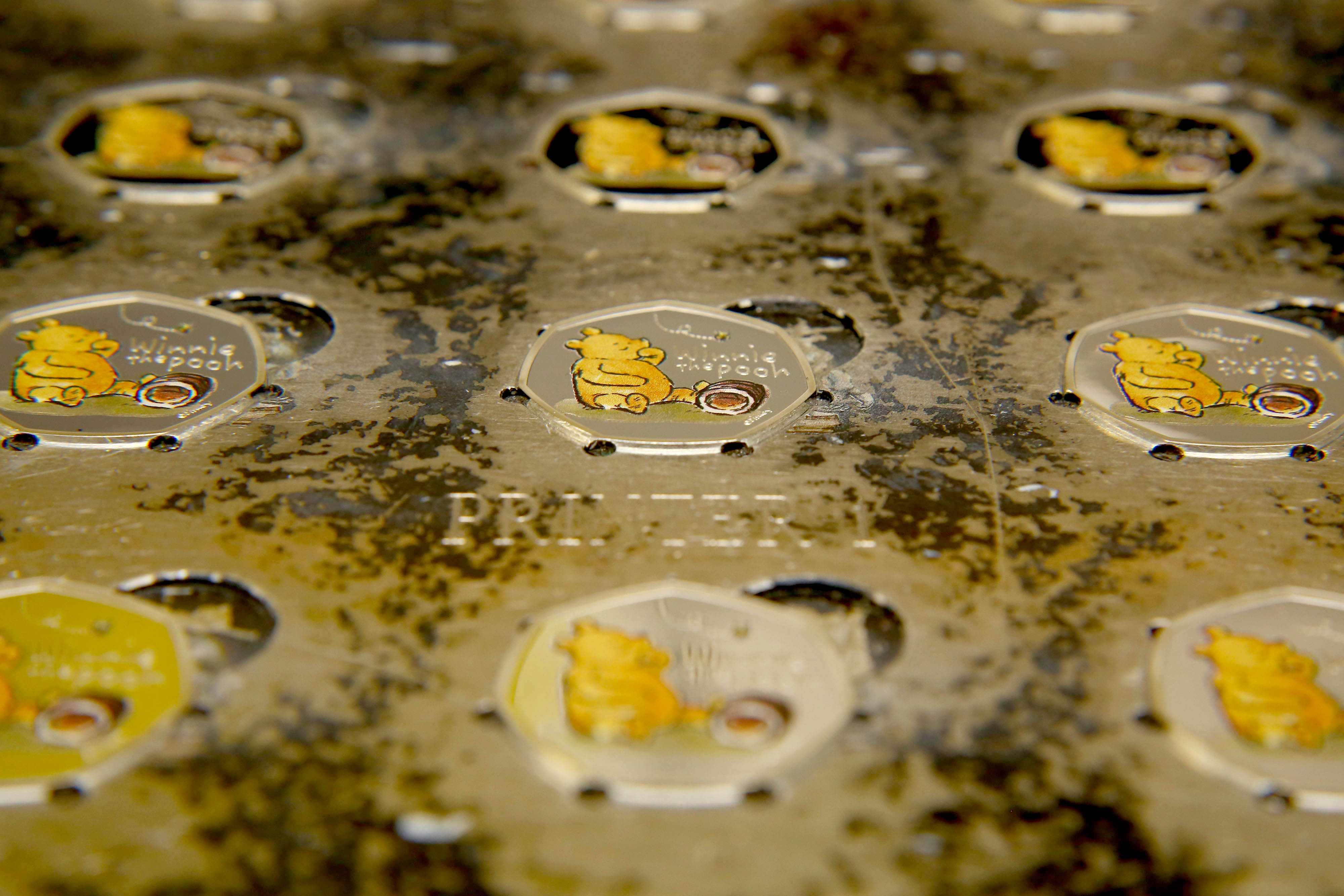 The first official coin shows the beloved bear at his happiest – with a jar of his favourite honey.

The next two of the limited-edition collectables in a range of finishes, featuring Christopher Robin and Piglet respectively, will be available later this year.

Clare Maclennan, of Commemorative Coin and The Royal Mint Experience, said: "We've all grown up with Winnie-the-Pooh and he remains a cherished character, not only in Britain but across the world.

"We anticipate the coins being hugely popular, especially in the lead-up to Christmas and look forward to both children and adults alike, enjoying the collection."

The commemorative pieces feature original watercolour illustrations by E.H. Shepard and marks the first time Winnie-the-Pooh has been featured on an official UK coin. 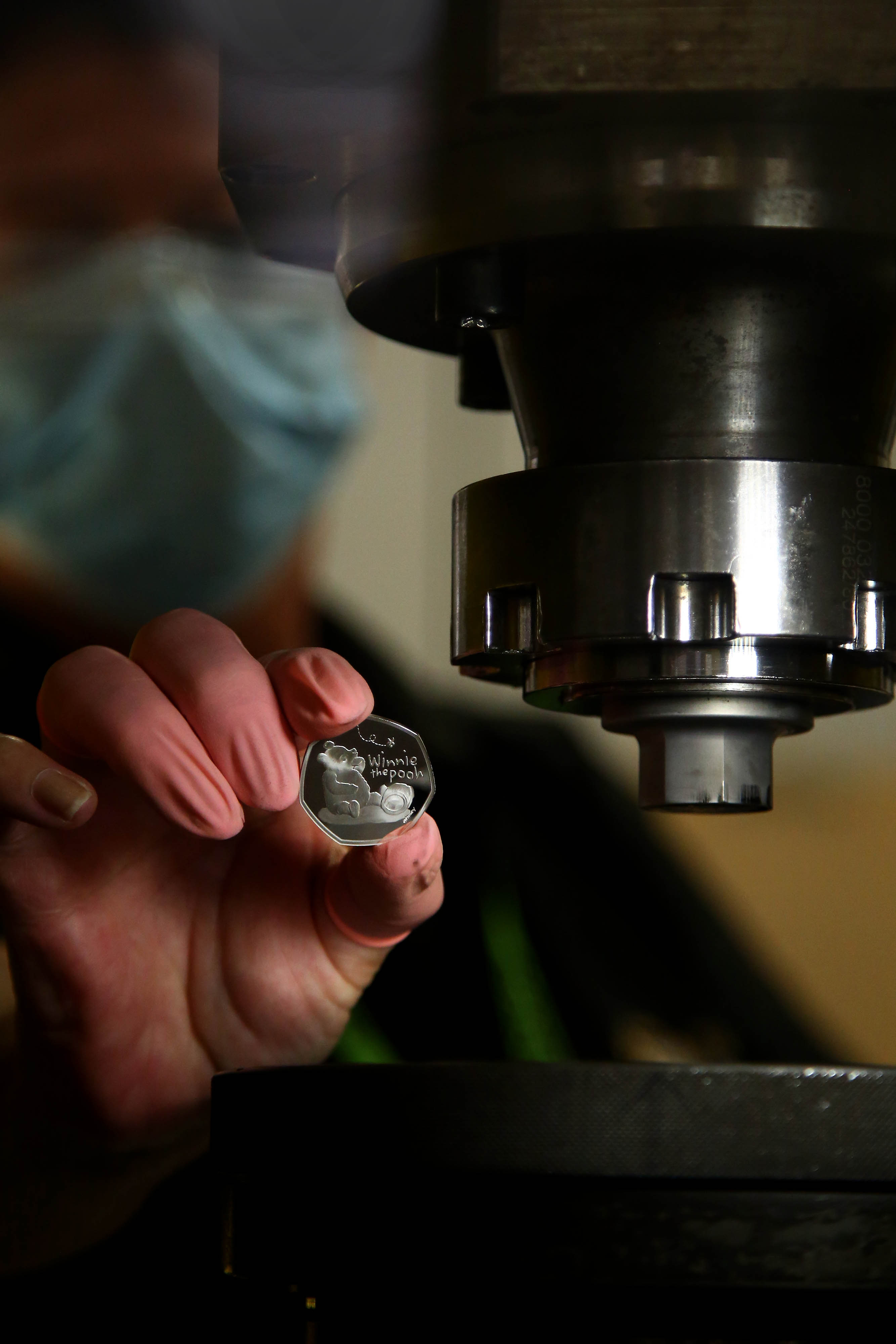