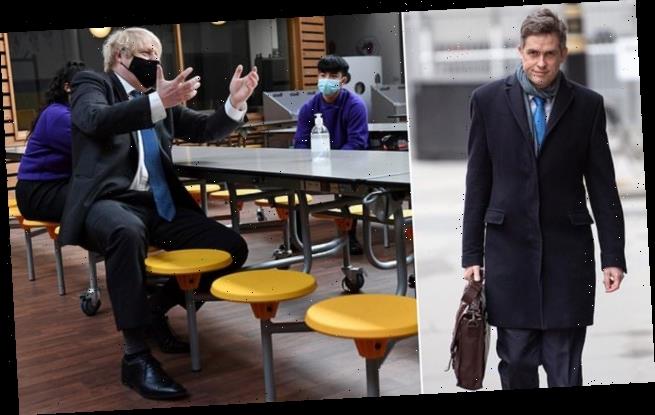 At the start of the year it looked as though the fiasco of 2020’s exam results, in which thousands of children were unfairly downgraded by an algorithm, would be averted for this year’s cohort.

The Education Secretary seemed determined to press ahead with tests, albeit with certain caveats, in order to ensure the fairest possible assessment of pupils. He had a plan, and it was a good one.

But then, as the country was plunged into the third and grimmest of lockdowns, it became apparent that schools were going to close – and that plan was abandoned.

Last month, it was announced that GCSEs and A-levels were being cancelled, with no details as to what would be replacing them. Parents, teachers and children were left in limbo, unsure as to what criteria would be applied at the end of the school year. 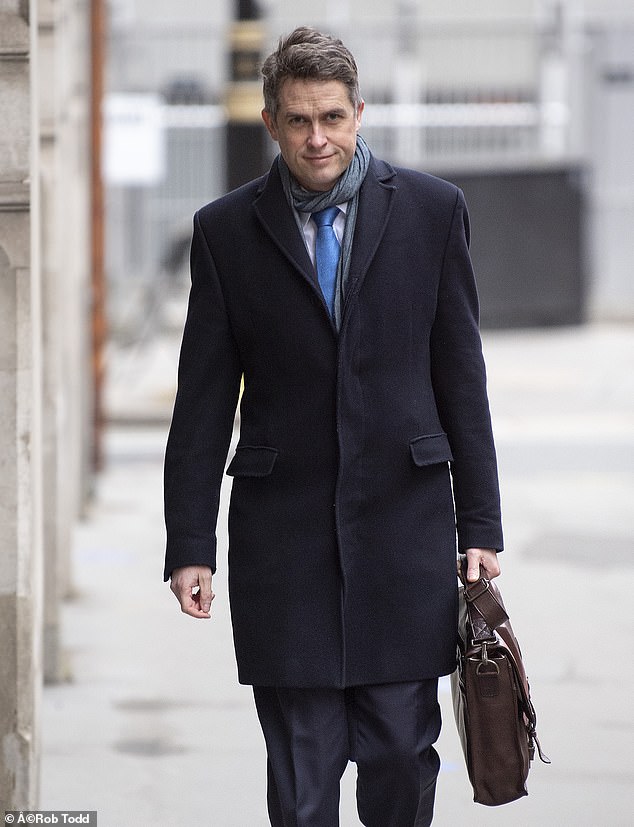 Secretary of State for Education Gavin Williamson. It will now be up to teachers to decide on a pupil’s final grades, based on a combination of coursework and any mocks they may have sat

Frustrating is probably the politest way I can put it. As I understand it – and there really isn’t an awful lot of fine detail here – it will now be up to teachers to decide on a pupil’s final grades, based on a combination of coursework and any mocks they may have sat.

Results will be published earlier than usual, in order to give students time to appeal. There will be optional tests set by exam boards but they will not be taken in exam conditions nor decide final grades.

According to the Department for Education, this is the ‘best system possible’ to ensure ‘fairly awarded grades at a time when we don’t think it’s fair for [pupils] to sit the exams in the normal way’.

I’m sorry, but as the mother of two children, both sitting GCSEs and A-levels this year, I still find it a deeply depressing solution.

The problem with teacher assessment is that it is a highly subjective measure, influenced by a variety of possible factors, many of them unknowable. 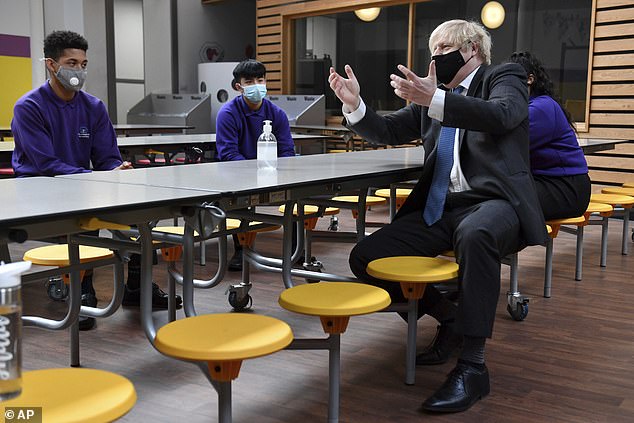 Prime Minister Boris Johnson meets with Year 11 students in the canteen during a visit to Accrington Academy in Accrington, Lancashire, Thursday, February 25, 2021

And I don’t just mean teacher bias, which is undeniably real – after all, they are only human and get on with some pupils better than others.

Internal school politics and staff-room rivalries will inevitably have a bearing, especially if individual assessments are being made by committee.

My worry is that we have gone from a ‘computer says no’ situation – where a mathematical algorithm can decide a person’s fate – to the other extreme, a world where children will find themselves subject to the vagaries of individual personalities and internal rivalries.

And as ever, the kids who are going to be most affected are not the nice, polite ones who keep their noses clean and bring an apple for the teacher.

It’s going to be the far more challenging children from more complex backgrounds who struggle with communication and behaviour but who aren’t necessarily any less capable than their more biddable colleagues.

The surly teenage boy or the mouthy, troubled girl.

The ones for whom an education is a lifeline, even if they don’t always appreciate it. They have already found themselves hugely disadvantaged in this pandemic, barred from school and left to fend for themselves in hostile home environments.

And now they risk being written off altogether simply because their face doesn’t fit.

As one state school teacher I spoke to yesterday candidly put it: ‘Middle-class kids and parents will definitely benefit from this process – they are more pushy, play the system better and also, frankly, are easier to like.’

Don’t get me wrong, I know there are no perfect solutions to anything in this wretched pandemic. And I know perhaps more than many how hard it is for ministers to make decisions in the teeth of a hostile social media and armies of armchair experts who have plenty of opinions.

Perhaps, given that exams have been cancelled, teacher assessment is now the least worst option.

But I just wish the Government had prioritised education earlier and never got to the stage where schools were closed.

In times of adversity it’s the fixed points in life that keep you anchored. And there are few points more fixed in the life of a teenager than GCSEs and A-levels.

For many, these exams are the culmination of their entire school career. They are what determine their choice of further education and, ultimately, their career path in life.

The reason exams remain the best way of assessing ability – and why no system can ever truly replace them, despite what trendy educational theorists will tell you – is that they are the only completely objective measure, and, as such, a great level playing field.

And if there’s one thing that education should always be, it’s a level playing field.

When a child walks into an exam hall, it shouldn’t matter whether they’re the son of a duke or the daughter of a window cleaner, they deserve an equal chance to prove themselves.

I know exams are terrifying and stressful. But to cancel them was possibly the most demoralising thing the Government could have done. Replacing them with a highly subjective teacher assessment is hardly much better.