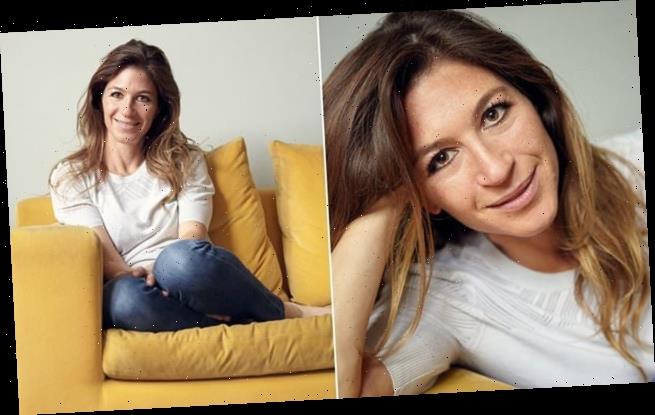 She saw her counsellor every week for six years. But with the dialogue flowing only one way, KATE WEINBERG realised too late: The extraordinary bond I shared with my therapist

Sorry I’m late,’ I said, as the door was opened by a small woman of around 70 with short hair and an astute gaze. ‘I got lost.’

The eyes brightened even more. ‘I see,’ she said in a slightly amused voice. There was a pause as if she wanted my words to hang in the air. ‘Well, then. Do come in.’

I walked into a narrow, Victorian-tiled hallway and turned left into a small sitting room, with a desk and chair, low bookshelves and a potted plant in the corner. Against one wall was a single bed with a purple bedspread. I looked at the woman, who’d introduced herself as Beatrice.

‘Am I supposed to lie down?’

‘If you don’t feel comfortable, you can sit for now,’ she said, taking a seat behind the head end of the bed. ‘But, yes, I suggest you lie down. Tell me, why do you think you are here?’ 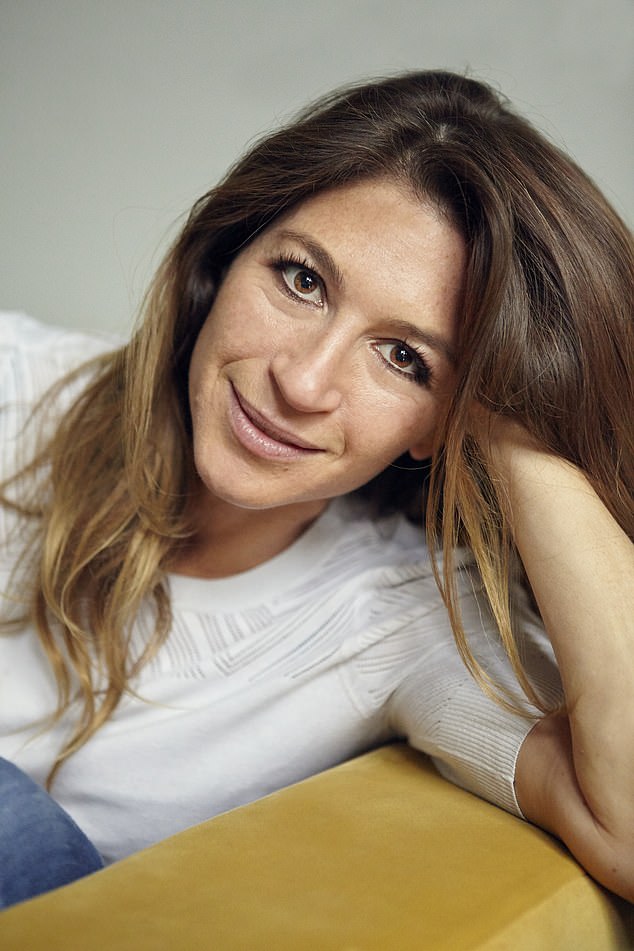 Kate Weingberg (pictured) details the difficulty of losing her South African psychotherapist, Beatrice, who she had visited for six years

At 26 years old, I’d got lost on the way. My mother had died abruptly when I was three and a half (brain tumour; coma; gone two weeks later), and my father had remarried quickly. As a young kid I had managed to navigate what you might call ‘a complicated family situation’. But, in my teens, I had fallen down a hole. A dark hole of eating disorders and impulsive, escapist behaviour — no fixed abode, long periods abroad — and something else, which I didn’t yet know was depression.

Apart from a short stint in hospital — three weeks, in which I made two friends and witnessed a girl die of anorexia — I’d clambered out of the hole myself, gone to university and muddled through. This was not, I told Beatrice, the reason why I’d decided to start therapy.

I stared up at the ceiling, off-white, a few scuff marks in the paint, which I would get to know very well.

‘I’m trying to write a novel. But I’m stuck. I keep rewriting the beginning.’ There was another pause.

‘In that case, let’s start at the beginning, shall we?’

For a year I saw her twice a week. And then, for the next five years, once a week. Each week, pretty much the same ritual. Arriving, breathless and apologetic at her door:

And at the end of each session she’d get up and walk carefully over to her desk to look through her diary, while I, leaning on the desk next to her, wrote a cheque:

‘Please fill in your stub,’ she’d say sternly, glancing over, glasses at the end of her nose.

‘But there’s really no point; I haven’t filled in any of the others,’ I protested.

‘Well, do it anyway, won’t you?’ she’d say with an impatient sigh. 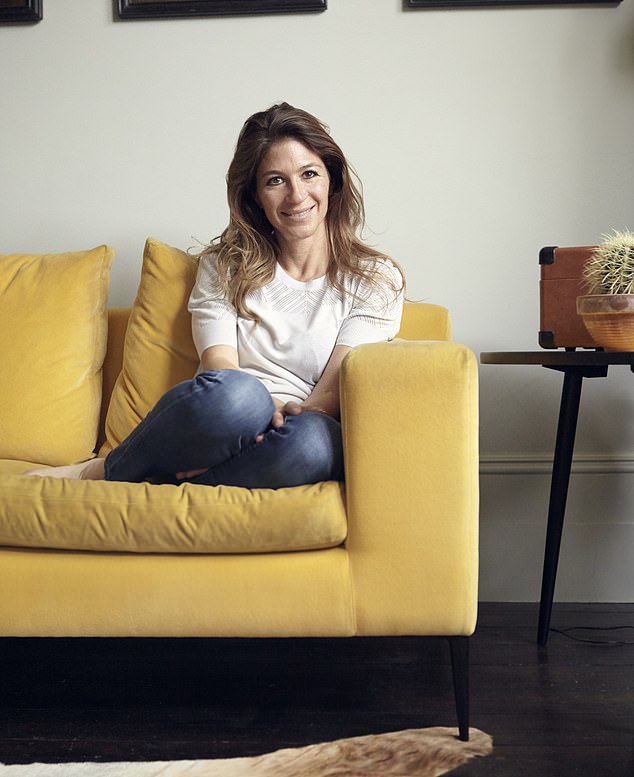 Kate (pictured) would visit Beatrice at her home in West Hampstead at least once a week, for 50 minutes

What did she do for me, this Jewish South African psychotherapist, with her gravelly voice, her frequent flashes of wit and her searing common sense?

She sat at the end of that bed every Thursday, for 50 minutes, through most of the weeks of a year, and through almost every mood.

The days when I was uncustomarily quiet, when it felt like there was metal running through my veins and my brain was numb.

The sessions when I was distracted and impatient, listening to the noises of the children across the road, keen to get out in the sunshine and live, live, live, and wondering what I was doing in this old lady’s home in West Hampstead; was she a con artist — there was nothing wrong with me after all — was she in it for the money? And, surely, shrinks should not be so opinionated, should not let me know their feelings, and anyway, how long could I stare at those shelves with the same books on attachment and loss?

She sat there, out of sight, dispensing a wisdom that seemed to come from life and people more than her books, until the voice stayed with me when I wasn’t in that room. Until I began to predict what she would say when I wasn’t there, too.

‘Just wait,’ she’d say, about a person or a situation. ‘Don’t judge or do anything now. It will emerge.’

Or, one week, when I arrived with bad news and a tearing pain in my chest: ‘It’s unbearable,’ she said. ‘Let it be unbearable.’

‘Learn to shut up,’ she said once, surprising me. ‘When you’re feeling like that, don’t phone a friend immediately. Sit with it, or pick up a book. Bring it back to me next week.’

per cent of Brits have consulted a counsellor or psychotherapist

And another time: ‘Even in those three years, your mother must have given you something very strong. Otherwise, you would have been broken. Something I can feel, deeper than the sadness, a little pilot light that hasn’t gone out. Let’s turn it up; let’s work out how.’

And about the time when she’d just about done this — when she’d taught me to live and love better, in the week that my husband-to-be was to propose — Beatrice died.

‘You’re very thin,’ I’d remarked, a little carelessly, when she’d opened the door after taking the odd week off here and there for ‘health issues’. ‘Are you OK?’

Then the sessions had been suspended again.

A few weeks later, I got a call from someone who introduced herself as Beatrice’s daughter. 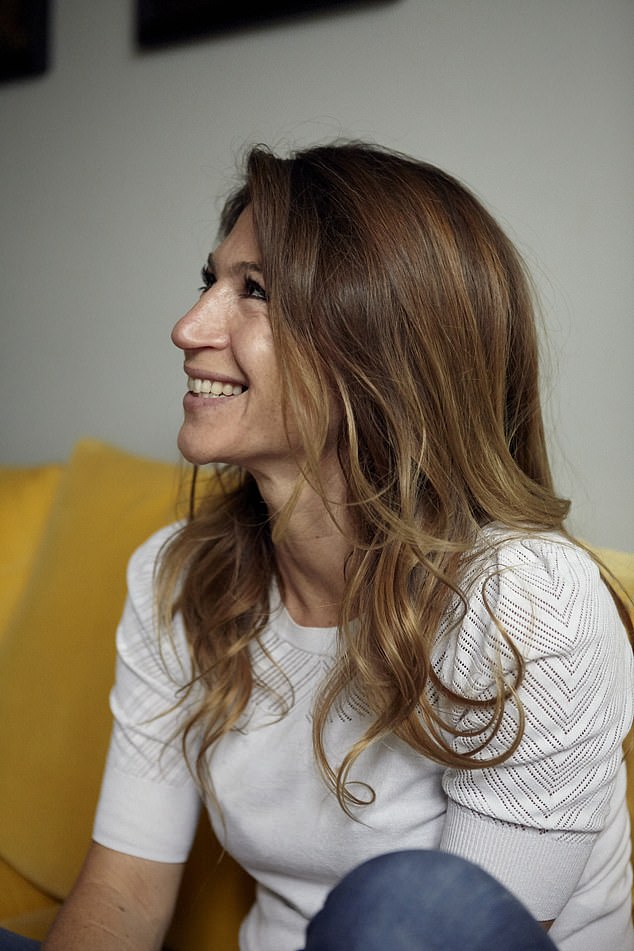 Kate (pictured) revealed she still slows down when driving past Beatrice’s street, although it’s been ten years since her death

‘But she’s going to be OK?’ I heard myself say.

‘I have to go…’ the daughter’s voice rose even higher, ‘but she wanted you to know. She said it was important.’

The funeral took place in a cemetery that I knew well. I sat crying in the back row of a small, packed synagogue. This is your therapist, I tried to remind myself.

I looked around the grieving faces, wondering which of them had been her patients; confused and pained by the fact that, although I had known all the nuances of her voice, known when she was worried, tired or distracted, had known her in this way so deeply — I hadn’t known her at all.

This is unbearable, I heard her say in my head. Let it be unbearable.

Now, ten years later, my car still slows as I drive past her street. I have missed her, with a sharp pain, at all the landmark moments of my life — my wedding, the arrival of my two children — or still, now, in those days when I get stuck, when it feels like the metal is running through my veins again.

Often, I hear her voice, the same gravelly warmth, like the time she said goodbye to me after my first session and I agreed to come back the following week. ‘If you’re game, this will be quite a journey,’ she warned with a smile. ‘But I promise we’ll be on it together.’

And, sometimes, I visit where her ashes were scattered in the cemetery garden. In a flowerbed, about 30 ft away from a copper beech tree where the ashes of my mother — another Jewish South African woman, who, had she lived, would have been almost the same age — were scattered 29 years before.