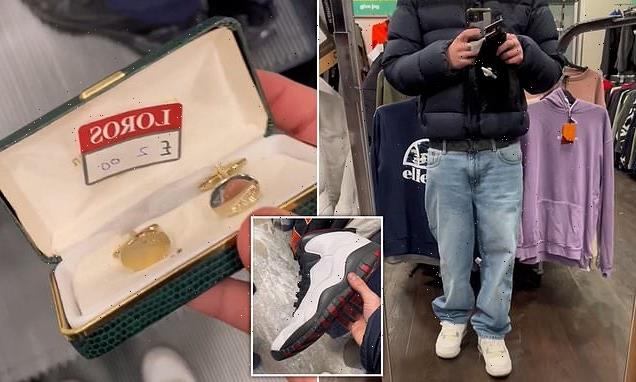 Thrifty shopper claims to have made £1,000 in 24 HOURS from reselling clothes bought in charity shops

An enterprising shopper made £1,000 in profit in 24 hours after selling on items from charity shops.

TikTok user Splash, from the UK, shared a clip as he went into second-hand stores and browsed through clothing rails looking for expensive tops and jumpers.

Throughout the video he was filmed grabbing designer trainers, gold-painted cufflinks and stylist wool gloves.

In the footage he said:  ‘It’s Tuesday and I thought I’d hit up a couple of different charity shops to see if they’ve got anything. 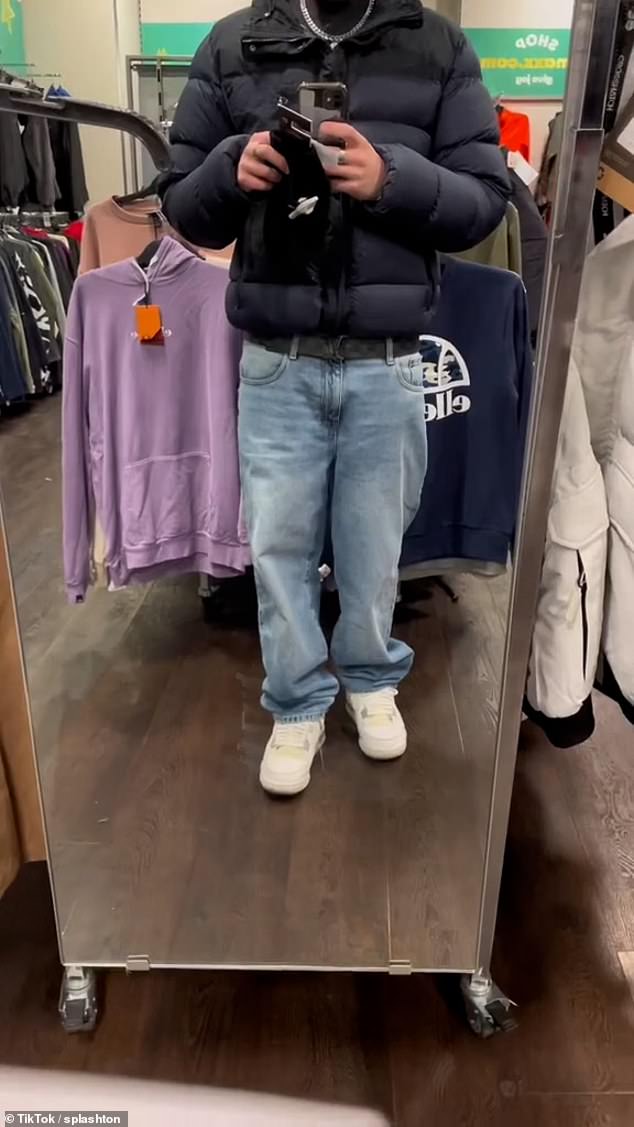 TikTok user Splash , from the UK, shared a clip as he went into second-hand stores and browsed through clothing rails looking for expensive tops and jumpers

He added: ‘To be fair for the most part, there were a couple of decent things.’

The TikTok user said finding a good deal has become more difficult since the cost-of-living crisis.

He added: ‘All of the prices have gone up recently. £20 for a jacket – it’s just not worth picking up.’

When he picked up the basketball trainers he can be heard saying: ‘I saw a pair of these size 10 Jordans but they were £100 so I left them as well. 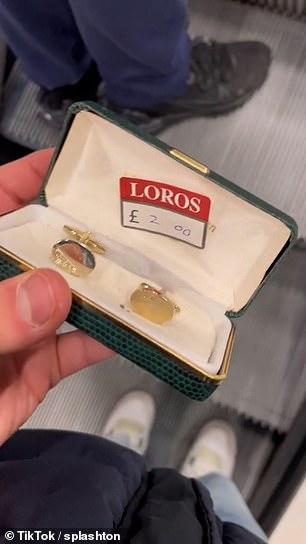 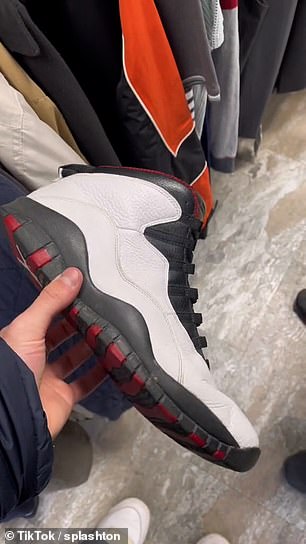 The enterprising shopper found cufflinks on sale for £200 which allegedly had a market rate on the internet for £995 (left).  The thrifty TikTok user also found a pair of Jordans in size 10 but decided against buying them because they were £100 (right)

‘There was nothing really worth picking up until I found these,’ he exclaims, holding a pair of vintage gold cufflinks up to the camera.

‘I did a bit of digging on Google and these are retailing for £995 which is mad. The profit on that is insane.’

Splash, who has garnered 65,000 followers, was inundated with comments from followers and TikTok users.

One wrote: ‘My charity shops don’t sell anything for more then £5 shoes, coats, books everything.’

‘The charity shops are charging way too much. And they get it donated for free as well.’ 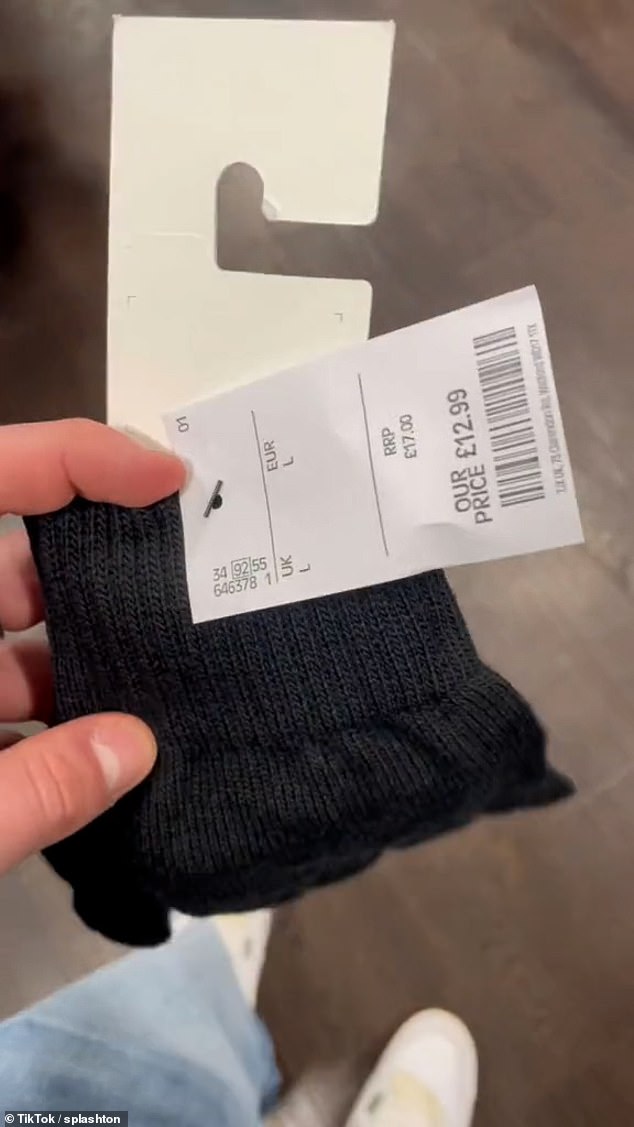 While a forth added: ‘I volunteer for a charity shop and I get first dibs on a lot of things that have made me hundreds of pounds.’

The news comes after a woman thrifted her entire wardrobe from charity shops for the past three decades, saving her thousands.

Victoria Abadi, 55, from Altrincham, Manchester, began shopping in charity shops in 1989 after struggling financially as a student, but soon found a passion for shopping second hand.

Since then, the mother-of-three has vowed to only shop sustainably, with 95 per cent of her wardrobe consisting of one-off charity shop finds.

Victoria, who works as a psychotherapist, currently has a wardrobe worth £5,000, but only paid £500 thanks to her weekly charity shopping sprees.

Victoria has managed to bag second hand clothing for a fraction of the price from brands like Gucci, Topshop, Miss Selfridges, Asos, River Island, and more high-street stores.

Teacher reveals how he’s made an extra £42,000 in the past YEAR by selling second-hand books online (and it takes him just 10 hours a week)

Thrifty student, 18, who ‘didn’t want to be seen twice in the same outfit’ reveals how she saves HUNDREDS by buying from charity shops where she snaps up Dior and Burberry pieces for as little as £40