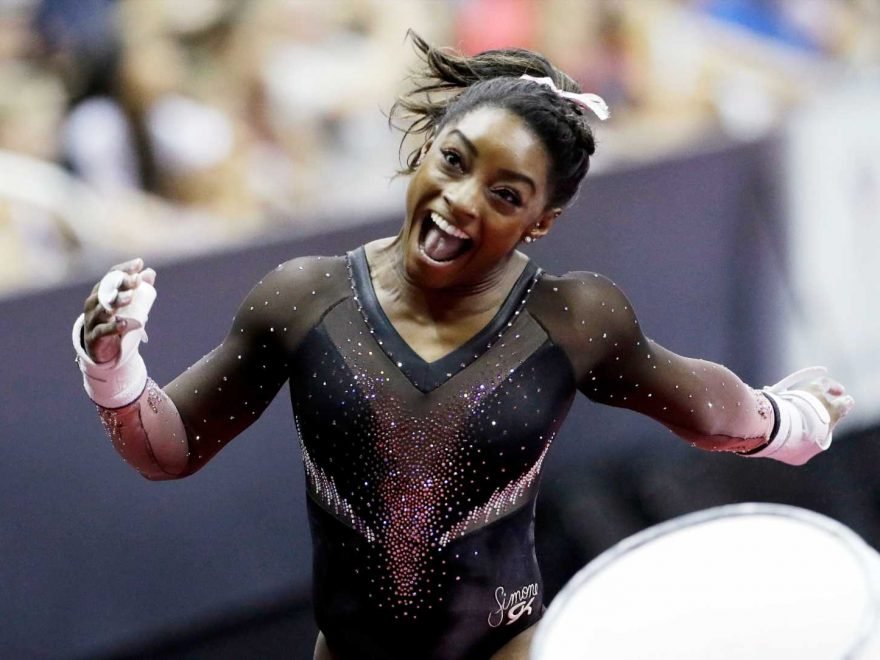 Simone Biles definitely has a lot to smile about after making gymnastics history twice in one weekend.

The decorated gymnast, 22, wowed viewers during the U.S. Gymnastics Championships on Sunday after nailing a historic triple-double on floor, a complex stunt that involves two flips and three mid-air twists, and a double-double dismount, a move with two flips on the beam before seamlessly entering three twists onto the floor.

Biles, a four-time Olympic gold medalist, was the first female gymnast to ever land the triple-double in competition, and just the third athlete ever, according to the Washington Post. As for the double-double-dismount, according to CNN, Biles was the first woman to even attempt the move in competition and nail it successfully. Her legendary performance earned her a record-tying sixth U.S. all-around title.

Both videos of the gymnast’s routines went viral, quickly gaining support from awestruck celebs and fans around the world.

“That feeling when you make history…. twice,” the gymnast captioned the photos.

Both pictures of the athlete show her reaction to breaking the two records, in shock with the biggest smile on her face.

In a later Instagram post, Biles shared more photos and wrote, “Geesh what a weekend! thanks to everyone who continues to support me. 🖤 XO.”

Biles won her all-around title Sunday by 4.95 points, and has won 20 straight since 2013, according to NBC Sports. She also saw success in the vault, balance beam, and floor exercise, winning titles in all three, according to ESPN.

She is currently preparing to represent the United States once again at the 2020 Olympics in Tokyo.