Olympic gymnast Simone Biles has stepped out at the 2021 Video Music Awards in a baby pink dress, which featured a high slit.

Olympic gold medalist Simone Biles, 24, looked ultra glam when she stepped out at the 2021 MTV Video Music Awards in a pastel pink dress. The world renowned gymnast stunned in the one-strap, fitted gown, which featured a high slit. “I’m more nervous than when I’m competing,” Simone revealed on the red carpet. “I’m out of my element.” 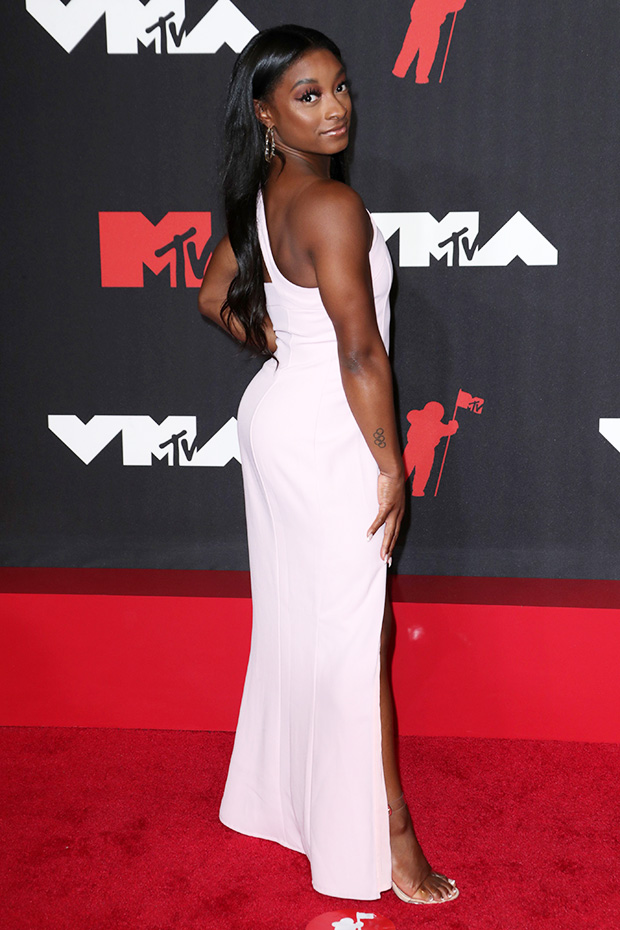 Her award show appearance marked the second time Simone has attended the annual event. She last made an appearance at the 2016 show alongside fellow gymnasts Aly Raisman, Madison Kocian and Laurie Hernandez. Although she looked totally stunning, the athlete has previously revealed she’s committed to breaking down beauty standards.

“I’m tired of everything in life being turned into a competition, so I’m standing up for myself and for everyone else that has gone through the same,” Simone revealed on Instagram in February 2020. “Today, I say I am done competing versus beauty standards and the toxic culture of trolling when others feel as though their expectations are not met because nobody should tell you or I what beauty should or should not look like.” 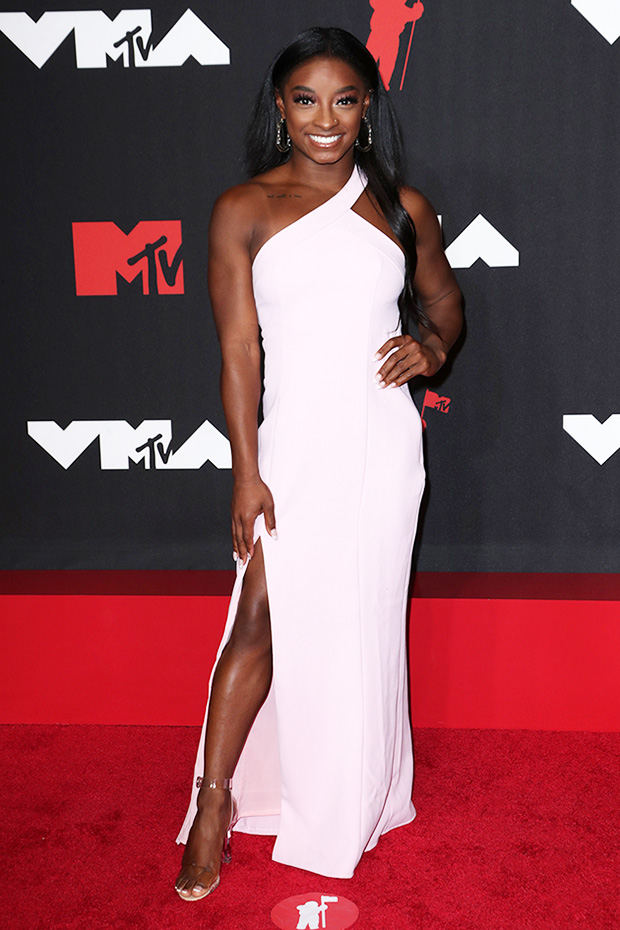 The Ohio native recently celebrated her one-year anniversary with NFL beau Jonathan Owens. While speaking to the Wall Street Journal in July 2021, the gymnast explained they met after she slid into his DMs on Instagram. “He would say I slid into his DMs. I saw him and I was like, ‘Oh, he’s pretty cute,’ so I said hi.” she said. “And then I saw that he was in the Houston area, so we started chatting a little bit, and then we went to hang out a week or two later.

Jonathan previously revealed that getting to know each other during the early days of COVID strengthened their bond. “We ended up hanging out right before the pandemic,” Jonathan told Texas Monthly in June. “It was one of the few times in her life where everything was just shut off and she couldn’t do anything. So we used it to get to know each other — really get to know each other. It created our bond and made it stronger. Now I’m so thankful.”