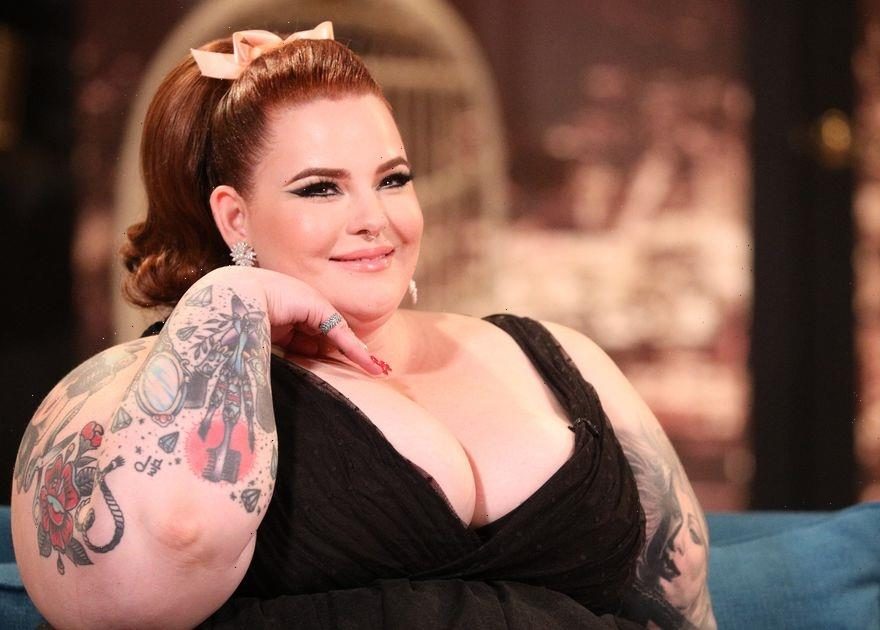 Body positive model Tess Holliday has bravely opened up about her eating disorder.

The 36-year-old confessed she still struggles with her eating habits after being diagnosed with anorexia nervosa in 2021.

Now almost a year on from her diagnosis, the American has bravely hit back at trolls in a personal essay for Today magazine.

After her mum was tragically shot when she was 10, the model started using "food to cope" and would hide snacks.

Over the past decade, the Tess has gone through phases where she "restricted food".

In the essay, she admitted that somedays she wouldn't eat, or if she did, it would be small portions or one big meal.

Tess was officially diagnosed with anorexia last year, when she was encouraged to "keep her weight loss up".

When her nutritionist first suspected her eating disorder, the model told her: "Do you see how fat I am?

"There's no way that word could ever be attached to someone my size."

However, Tess claims a psychologist later confirmed the diagnosis and the model is now in recovery.

According to eating disorder charity Beat, anorexia can be different for people.

Their website reads: "[Sufferers] may be a weight considered 'normal' for their age, sex, and expected development.

"Depending on the exact symptoms, they might be diagnosed with atypical anorexia or another form of other specified feeding or eating disorder (OSFED). This is just as serious and can develop both into or from anorexia."

Although Tess would never want to make people feel uncomfortable online, she has been the subject of trolls when she revealed the news.

She admitted: "People said I was lying. There are people who believe I was saying this to get attention.

"I've had some people say, 'You're doing this to stay relevant'."

But recently, the size 22 model started to "regress" and had only taken two sips of coffee on the day she was writing her personal essay.

She told how she was "still wrapping her head around" her diagnosis.

Tess concluded: "Then I realised that bodies of all sizes and shapes starve.

"It's tough when you hear the word anorexia and it's only equated with one kind of image. It's detrimental to so many people, including myself."

As part of her recovery, Tess is seeing a therapist and urged anyone else struggling with an eating disorder to seek one out.

If you're worried about your health or the health of somebody else, you can contact SEED eating disorder support service on 01482 718130 or on their website.