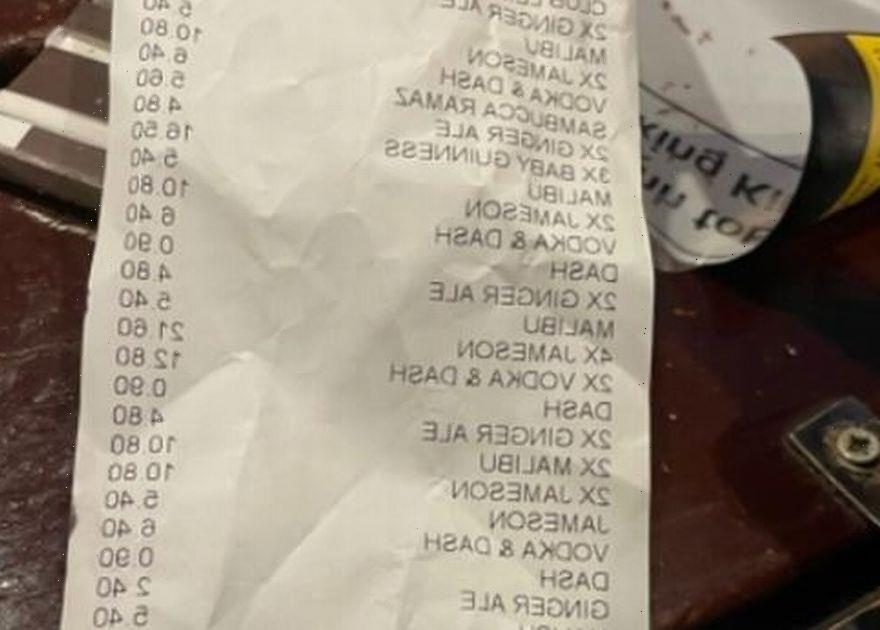 A group of pub-goers were left fuming after racking up a massive €500 (£421) bill at an Irish pub in just four hours.

The punters took to Tripadvisor to slam their local, saying that “every detail about the place was woeful," according to The Mirror.

Many people have been sharing their hefty receipts since pubs reopened in Ireland.

However, this one left a bitter taste for one group when they realised they were majorly overcharged.

The small group claims that their night went from bad to worse and began by being left waiting for their drinks for long periods of time and then charged for items they didn’t receive at the end of their four-hour stay.

First off, before arriving they tried to change their booking and then said it was instead cancelled without warning.

"The venue didn’t answer and instead, cancelled our booking and would not give us a table out in the beer garden as we booked," the said.

"We told management and staff 5 times if a table came free could we have it.

"We witnessed them giving away three separate tables to people around us, who were there way after us.

"We addressed this so many times with them and after 4 hours we received our table.”

Then, after each round of drinks was ordered, they were left for 20 minutes at a time. In the meantime, other staff members would take their order again and write it down numerous times.

"If we each individually drank €125 worth of drink I would not be writing this review today.

"Obviously with a huge bill we had to go through it and their staff kept coming up to us nearly forcing us to pay straight away. I had to tell them to give us a few minutes 3 times."

After going through what was listed on the receipt, they discovered “there were extra drinks that we had not received on it.”

“We tried to tell them but they were very abrupt and rude, especially the female manager who managed the bookings and door.

They concluded their review by saying; “It was a liability of a pub, I wish I had more positive things to say but unfortunately I do not. Every detail about the place was woeful.”

The review comes after other punters were left fuming at the weekend after an 'insane' bill after ordering four drinks from a Belfast hotel.