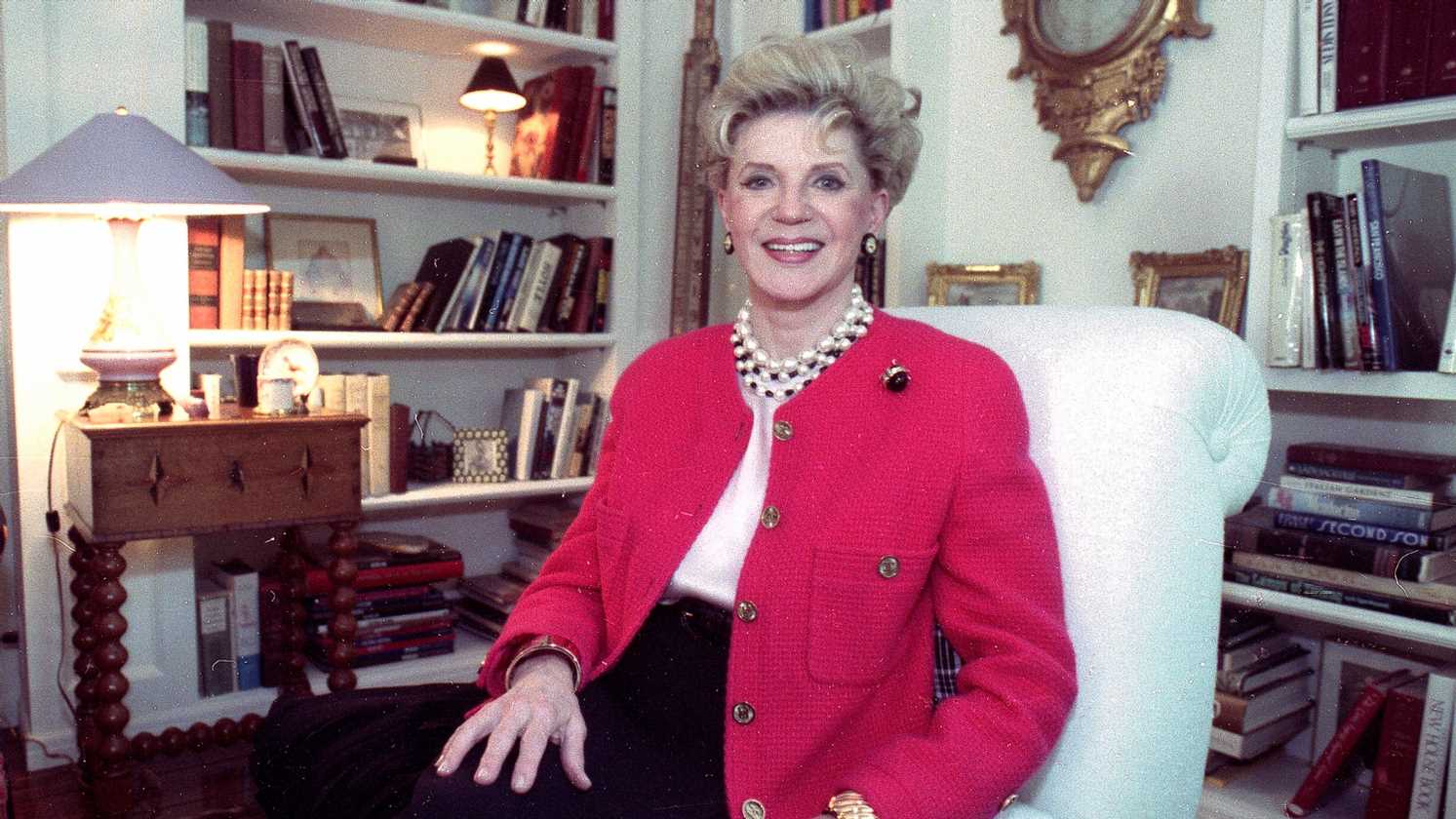 LOS ANGELES – Writer Judith Krantz, whose million-selling novels such as “Scruples” and “Princess Daisy” engrossed readers worldwide with their steamy tales of the rich and beautiful, died Saturday at her Bel-Air home. She was 91.

Krantz’s son Tony Krantz, a TV executive, confirmed her death by natural causes on Sunday afternoon. He said he’d hoped to re-create the “Scruples” miniseries before her she died but it is still in the works.

“She had this rare combination of commercial and creative,” he said.

Krantz wrote for Cosmopolitan and Ladies Home Journal magazines before discovering, at age 50, the talent for fiction that made her rich and famous like the characters she created.

Her first novel — “Scruples” in 1978 — became a best-seller, as did the nine that followed. Krantz’s books have been translated into 52 languages and sold more than 85 million copies worldwide. They inspired a series of hit miniseries with the help of her husband, film and television producer Steve Krantz.

Judith Krantz poses in an undated file photo during an interview at her home in the Bel Air section of Los Angeles. Krantz died June 22, 2019, in her Bel Air home of natural causes, said her son Tony Krantz. She was 91. (Photo: Deidre Hamill, AP)

“I always ask myself if what I’m writing will satisfy a reader who’s in a plane that can’t land because of fog, or who’s recovering from an operation in a hospital or who has to escape to a more delightful world for whatever reason,” Krantz said in 1990. “That is the test.”

While her work was decidedly less than highbrow, Krantz made no apologies for the steamy novels with titles like “Princess Daisy,” ”Mistral’s Daughter,” ”Lovers,” ”I’ll Take Manhattan” and “The Jewels of Tessa Kent.”

“I write the best books I know how,” she once said. “I can’t write any better than this.”

She filled her stories with delicious details about her characters’ lavish lifestyles — designer clothes, luxurious estates — and enviable romances. And she spared no specifics when it came to sex.

So appealing were her sensational stories of high-powered heroines that each novel was reimagined for television as an episodic miniseries. Steve Krantz, a millionaire in his own right through such productions as the animated film “Fritz the Cat,” helped translate his wife’s work for TV.

The author was also famous for living a glamorous life that paralleled that of her characters. Her home in Los Angeles’ exclusive Bel Air community featured a soundproof writing room flanked by an immaculately kept garden. In her closet were many of the same designer-label clothes the characters in her books wore.

The eldest of three children, Krantz was born Judith Bluma Tarcher in 1928 in New York City. Her father owned an advertising agency, and her mother worked as an attorney. Her brother, publisher Jeremy Tarcher, married the late ventriloquist Shari Lewis.

Growing up, Krantz was a precocious student at New York’s exclusive Birch Wathen school, once describing herself as the youngest, smartest and shortest girl in her class. After skipping two grades, she enrolled at Wellesley College at age 16.

She was also by her own account an indifferent college student. She said she only enrolled at Wellesley “to date, read and graduate” and claimed to have set a record for her dorm by once dating 13 different men on 13 consecutive evenings.

“I got only one A-plus, and that was in English 101,” she told The Boston Globe in 1982. “I had a B-minus average in English, my major, and made C’s and C-minuses in everything else. But I didn’t come here to get good marks.”

When she could earn no better than a B in a short-story class, she decided she wasn’t good enough to write fiction.

“Just in time for my 50th birthday, I discovered that I could write fiction. My husband had urged me to try fiction for 15 years before I did,” she was quoted in a profile on Wellesley’s website in 2001. “I believed that if I couldn’t write ‘literature,’ I shouldn’t write at all.”

“Now, I would say to young women, do something you have a true feeling for, no matter how little talent you may believe you have,” she added. “Let no masterwork be your goal — a modest goal may lead you further than you dream.”

In this May 12, 1986, file photo author Judith Krantz poses for a photo as she embarked on a non-stop talking tour of America to promote her new book. Judith Ktantz died June 22, 2019, at her Bel-Air home of natural causes according to her son Tony Krantz . She was 91. (Photo: Craig T. Mathew, AP)

Krantz had met her husband through her high school friend Barbara Walters, who introduced the two in 1953. They married the following year.

“I fell in love with him the minute I saw him,” she once said.

Her husband died in 2007 at age 83. The couple had two sons, Tony and Nick, a stockbroker, and two grandchildren.

Krantz’s family requested that donations be given to the Library Foundation of Los Angeles in lieu of flowers.

Her memoir, “Sex and Shopping: The Confessions of a Nice Jewish Girl,” was published in 2001 and it reflected on her penchant for telling sex-drenched tales about the pretty and the privileged.

“In my opinion, there are two things women will always be interested in — sex and shopping,” she said in 1994. “And if they’re not, they’ve left out a large part of the fun in life.”