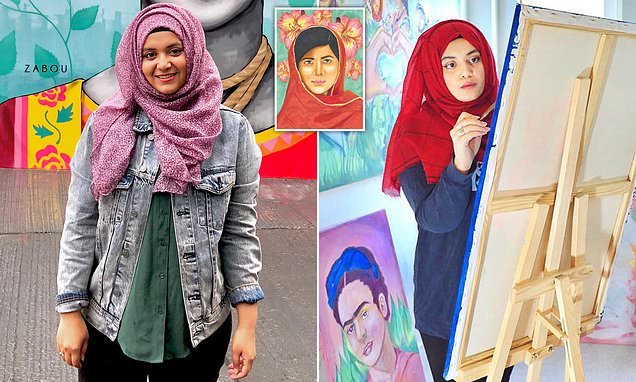 A University of Sussex student has produced an illustrated book celebrating ‘extraordinary’ women from her native Pakistan.

Maliha Abidi, 23, who was raised in Karachi, tells the stories of 50 accomplished women from a range of industries in her book, Pakistan for Women: Stories of Women Who Have Achieved Something Extraordinary.

Among the most well-known are Nobel Peace Prize winner Malala Yousafzai, human rights lawyer Asma Jahangir and Ayesha Farooq – who joined the Pakistani Air Force at 17 and in 2013 became its first and only female fighter pilot. 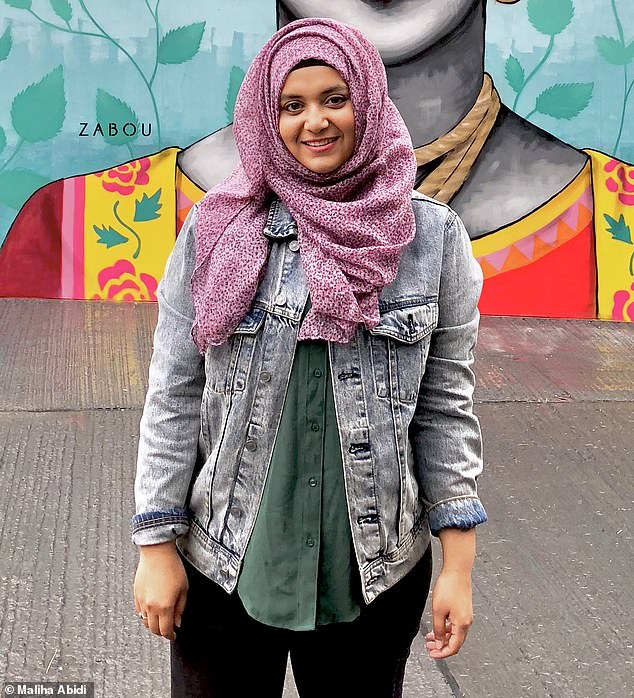 University of Sussex student Maliha Abidi, 23, who was raised in Karachi, features 50 accomplished women from a range of industries in her book, Pakistan for Women: Stories of Women Who Have Achieved Something Extraordinary 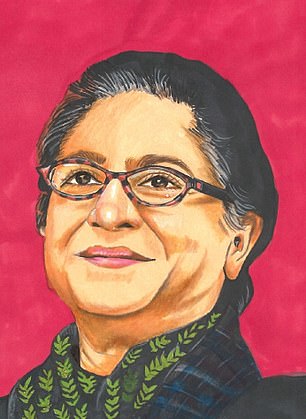 Those featured in the illustrated book include activist and author Malala Yousafzai (left) and human rights lawyer Asma Jahangir (right). She reveals she was criticised for choosing Malala

The neuroscience student hoped to challenge the sexist stereotypes held by some people about Pakistani women.

While the book has been met with a largely positive response, Maliha has received some backlash about her choice of subjects.

She said: ‘People from my country have supported this project like crazy but not just that, I have received great appreciation from different corners of the world…

‘[The] few comments of hate were never directed at me as an artist or a writer, they were directed at some women in my book such as Asma Jahangir and Malala Yousafzai.

‘These women are personal heroes to many but the ones who hate them, they don’t even know their full story or didn’t even bother reading it. Like not even a simple article online.’ 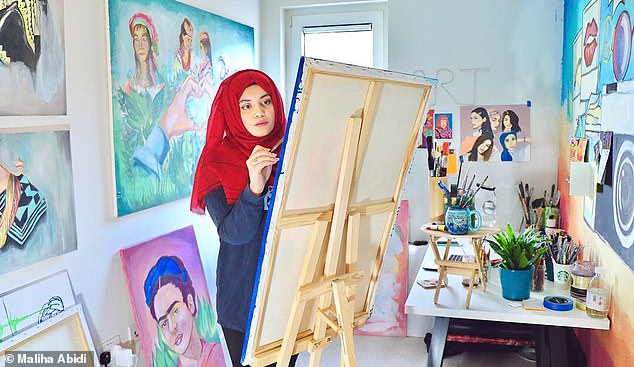 The student first published Pakistan for Women: Stories of Women Who Have Achieved Something Extraordinary through a Kickstarter campaign earlier this year

Neuroscience student Maliha was raised in Pakistan before moving to California at 14.

She explained that while her family have always been supportive of her creative pursuits, she had experienced sexism at a distance.

‘When I used to travel, people called my father and said things like “Don’t let her go outside this way” or “You have given her too much freedom”,’ she said.

‘When I used to create art, they said things like, “This won’t get her anywhere” or “Her father doesn’t care about her that is why he lets her continue in such a useless field.” 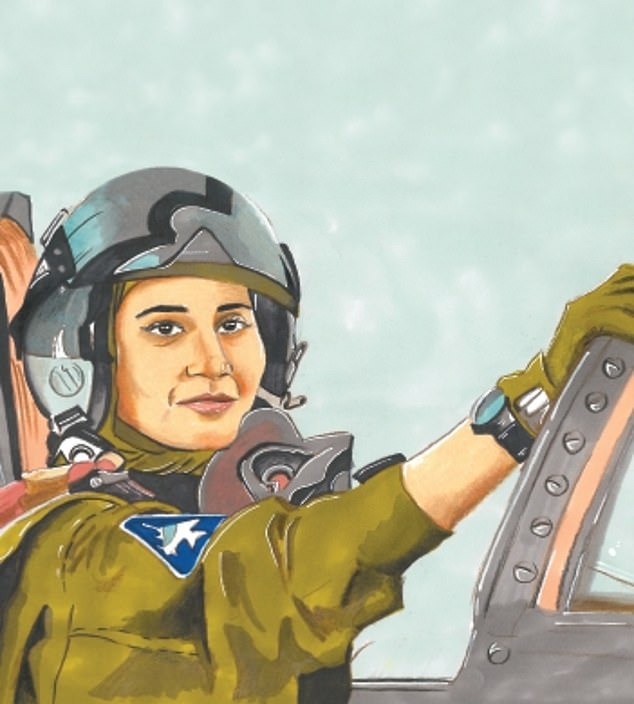 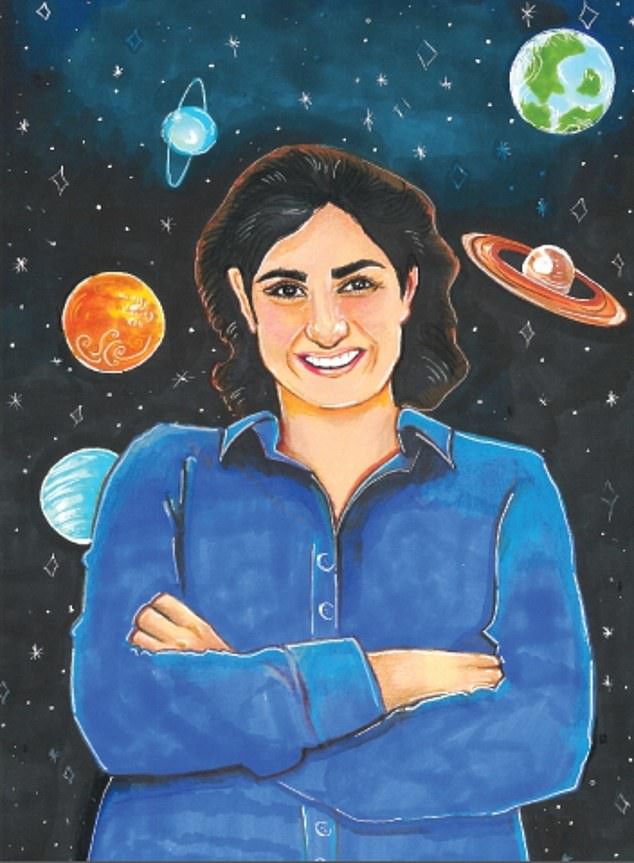 Maliha explained she originally wanted to include 80 women in her book, but eventually whittled the total down to 50 (Pictured: an illustration of astrophysicist Nergis Mavalvala)

‘I just didn’t care. I only valued my father’s opinion growing up who is a very intelligent man and has experience dealing with the world. He taught me great lessons but more importantly, he acted as a shield from the world’.

Maliha explained that she originally wanted to include 80 women in her book, but she eventually whittled the total down to 50.

She funded its initial publication through a Kickstarter campaign earlier this year.

She said: ‘I see that there are many women we need to celebrate who belong to my land. It is the first book of its kind to be published in Pakistan. 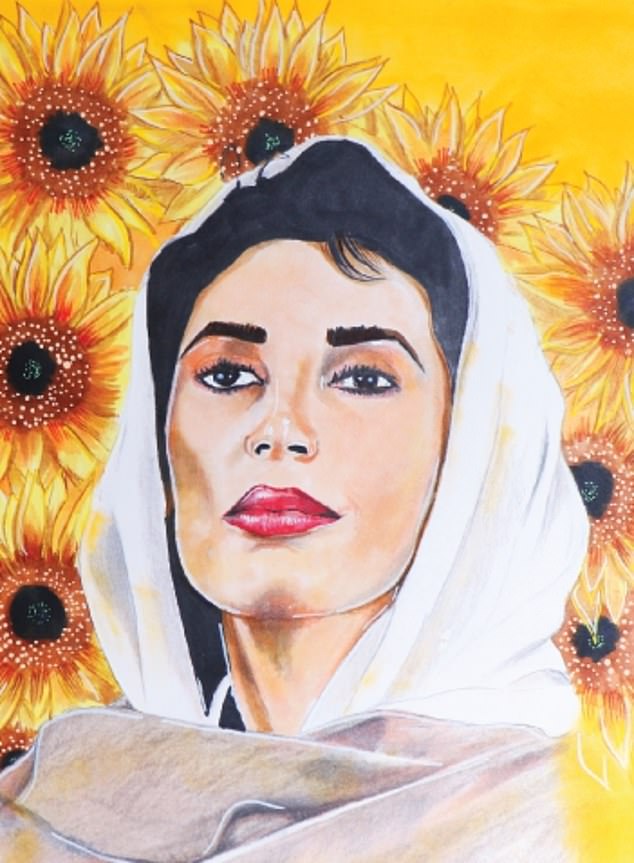 She explained that although people from Pakistan have supported her ‘like crazy’, there was backlash to certain women she included in the book (Pictured: an illustration of Benazir Bhutto)

‘From mountaineers to astrophysicists to educators, Pakistan has these stories and this book advocates for the idea that if these Pakistani women can achieve their dreams through hard work and dedication, so can all the girls reading their stories.’

She : ‘In some cultures, I have seen parents or elders discourage little girls from pursuing a certain profession or follow their passions.

‘Reasons vary from household responsibilities to a matter of family honour or because they say that our country is poor, and so no one here can achieve much.

‘Not only this, but Pakistan has a certain reputation and it doesn’t reflect the reality. Yes, there are problems but what country doesn’t have problems? 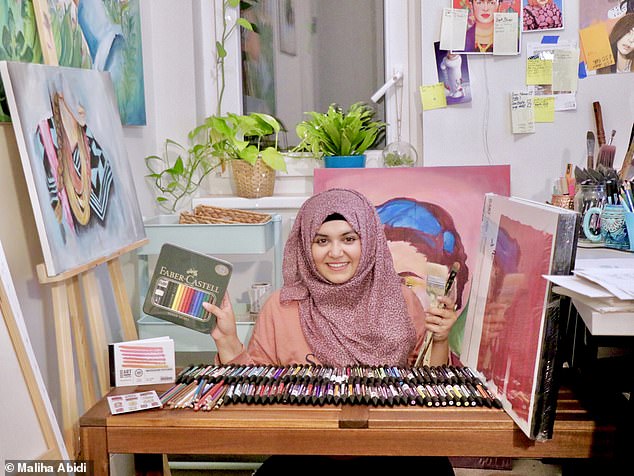 Though Maliha said she has not experienced sexism significantly herself, she explained how onlookers used to tell her father he gave her ‘too much freedom