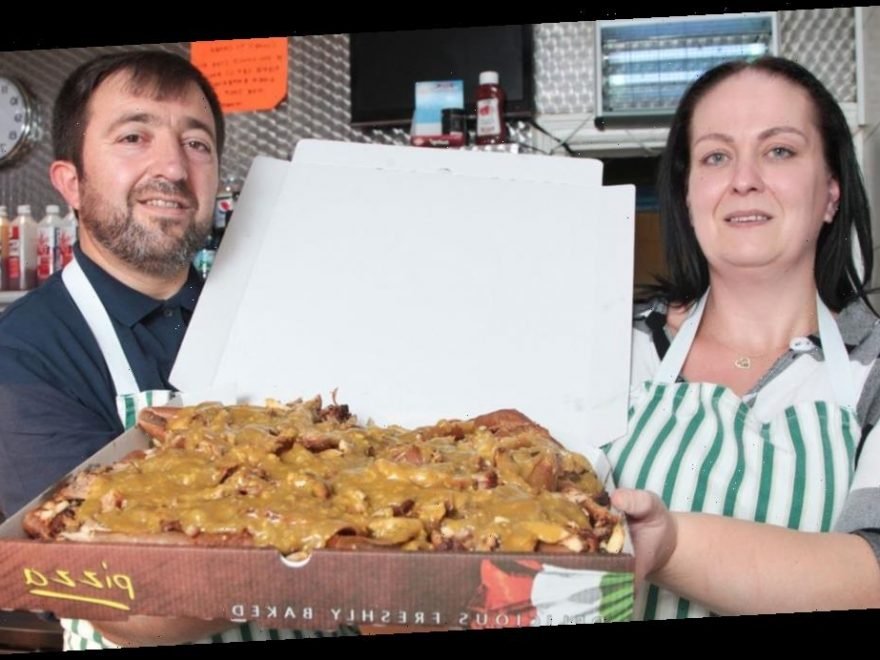 A takeaway shop owner claims to have put the "world's biggest kebab" on the menu.

The huge meat feast contains a whopping 5,350 calories but takeaway owner, Megan Altinoz, 33, says nobody has polished one off.

Customers have reportedly travelled far and wide to try the kebab at the Chip Inn, Nottinghamshire.

It is then covered with cheese and curry sauce.

The kebab could feed a family of four and still have leftovers, but customers are invited to try it alone for £22.

Megan said: "A customer came in wanting a huge kebab, but we didn't have box big enough for it, so we used a 15-inch pizza box and that's where this all started.

"We put it on our Facebook page and the comments exploded, everyone seemed to really like the look of it so we thought we should just put it on the menu.

"We've had customers from all over the UK come and try our challenge, but nobody has finished it to our knowledge yet.

"We have had pictures sent to us saying they manged to do it but we don't know if they had help.

"The kebab is enormous, and the weight of it is terrifying, we struggle to even pick it up and pop it on the counter to be taken away.

"We have been open for over 20 years and it's a family run business, our produce is fresh and homemade."

The kebab is almost 6,000 calories, which is nearly three times the daily amount someone should have in one day.

Here's a breakdown of the calories…