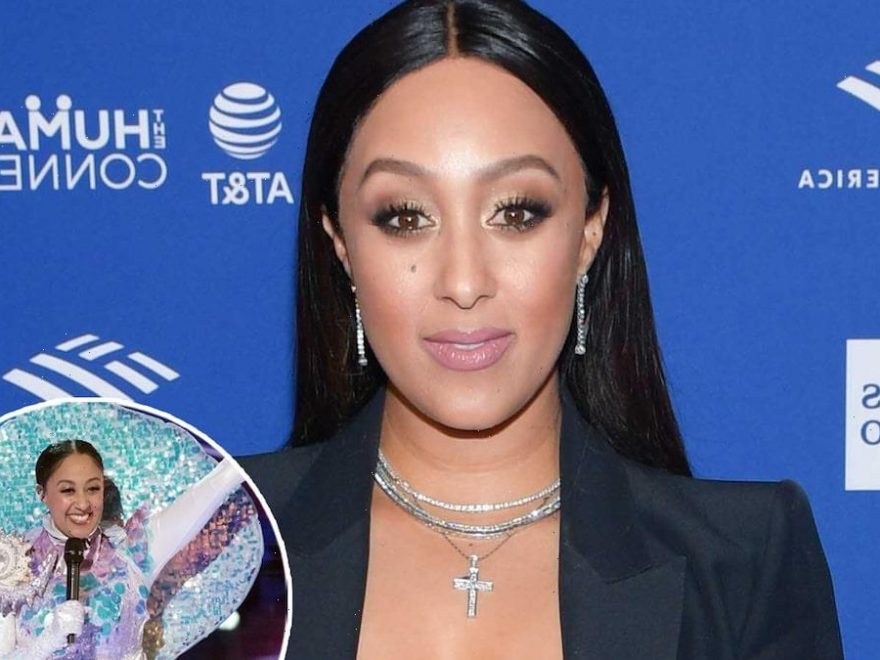 “It was such an amazing journey and I am a different person because of it. I’m stronger.”

Tamera Mowry-Housley is opening up about her experience competing on “The Masked Singer.”

In an interview with People, the actress-singer reflected on her stint on the Fox reality competition series, revealing she even “cried multiple times.” For those who missed it, Tamera, 42, was eliminated on Wednesday night’s episode of “The Masked Singer” and was revealed to be the Seashell. 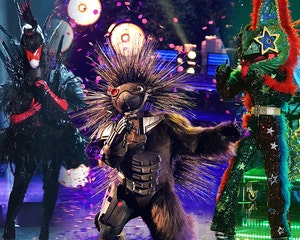 “For me, it was about facing the fear, not hiding anymore, tapping into something that I have loved to do for years and just going for it, taking that big leap of faith,” Tamera said. “I was shaking in my boots, literally — Seashell had boots.”

“I cried multiple times because there were moments I wanted to run the opposite way, because I hadn’t performed in over 20 years,” she continued. “And you are brought into this whirlwind. It was me up against the girl that was afraid to sing, afraid of what people would say, afraid of the critiques, afraid of even succeeding. Every single time I made it to the next round, I was like, ‘I’m going to do this all over again!’ But it was such an amazing journey, and I am a different person because of it. I’m stronger. I had the best time.”

While the “Sister, Sister” star admitted that she hoped she went farther in the competition, she said she’s “so grateful” to have made it to the Super 8.

“I knew what I was up against. You can hear the voices,” Tamera told People. “And I am so grateful I made it as far as I did. Yes, would I have liked to have won? Abso-freaking-lutely. But I feel like every person has their own personal journey.”

“I faced that fear every single day and I gave it my all,” she added. “And that’s all you can do is do your best. And my best was good enough for me. I got to do four songs. I’m good.”

During her time in the competition, Tamera performed four songs: “Listen to Your Heart” by Roxette, “Confident” by Demi Lovato, “Tell Me Something Good” by Rufus featuring Chaka Khan and “I Think We’re Alone Now” by Tiffany Darwish.

On Wednesday’s double elimination, the former co-host of “The Talk” and Bobby Brown — who was revealed to be Crab — were both axed from the show.

However, none of the panelists including Robin Thicke, Jenny McCarthy, Ken Jeong and Nicole Scherzinger suggested Tamera could be Seashell until Wednesday’s episode when Scherzinger guessed correctly.

While speaking with People, Tamera explained why her Seashell costume was “a great representation” of who she is.

“One of my favorite places to be ever is Hawaii. I was raised there,” she said. “My mom’s side is from the Bahamas, Eleuthera Bahamas, and Eleuthera Bahamas is probably one of the most beautiful beaches that I’ve ever seen. I feel like it’s home. The beach is home to me and it just made sense [to be Seashell].” 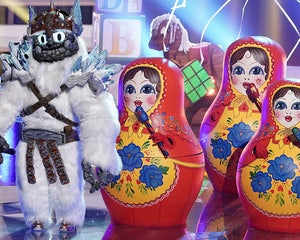 The Masked Singer Recap: Final Wild Card Has Us Asking — Where Are All the Ladies?

Meanwhile, Tamera also revealed why she decided to join “The Masked Singer” in the first place.

“It’s always been a dream of mine to sing again,” Tamera said. “I started my Hollywood career in a theater group, actually. I was acting and singing at the same time. It was called Voices and I was 14. And at that same time, I was doing a pilot called ‘Sister, Sister.’ So I had to focus more on acting, but I always wondered what it would have been if I went that route.”

“I had sang on ‘Sister, Sister,’ I sing in the shower all the time,” she continued. “The last performance in front of an audience was with my sister. We sang at the Malibu triathlon and it was awesome, but it was a long time ago, so I wanted to revisit it.”

When asked if she plans on pursuing music now, Tamera said, “Absolutely. I want to do a gospel album, a musical, a Disney film. That would be fun.”