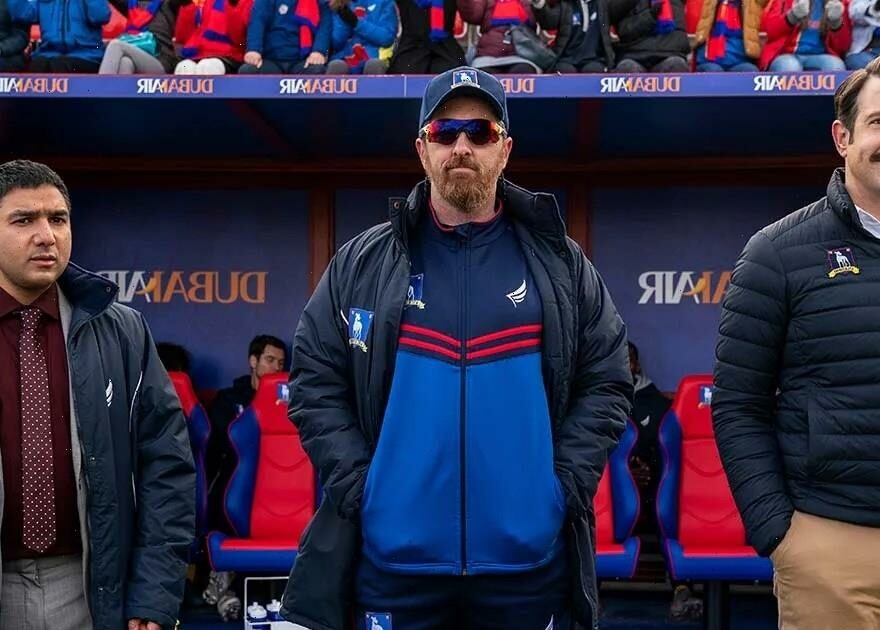 Crikey! Ted Lasso‘s Nick Mohammed is currently filming season 3 of the Apple TV+ hit, but not even he knows whether these will be the final episodes.

‘Ted Lasso’ Season 3: Everything to Know

“Well, I don’t know. I genuinely don’t know. And I’m not being coy. They’ve been very open about saying when they created the show, they had mapped out three-season arcs for the chief players, but that’s quite common I think for a show to have longevity and so on when you’re pitching a show,” the British actor, 41, exclusively tells Us Weekly. “Genuinely, who knows? It might just have a break and then come back or it might be the end, but I don’t know.” 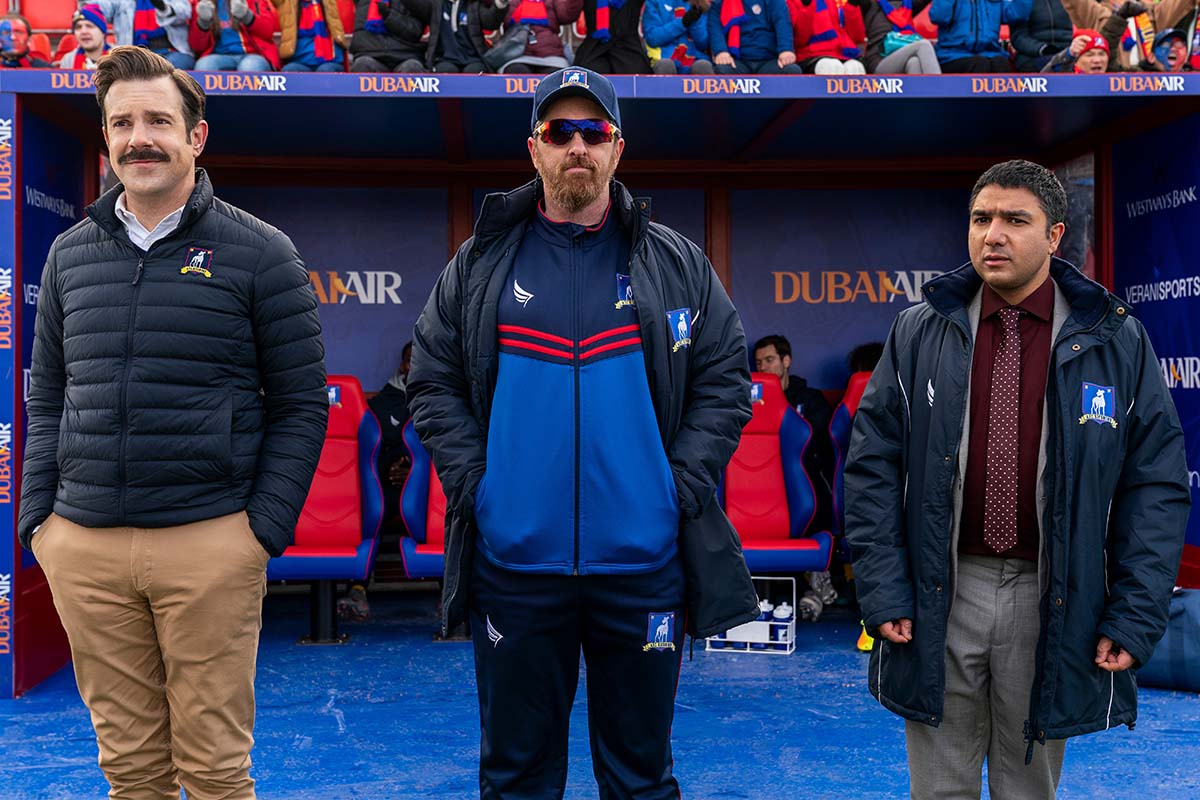 Last month, Mohammed’s costar Brett Goldstein — who is also a writer on the fish-out-of-water comedy — revealed that the upcoming season has been written like it’s the end. Creator and lead Jason Sudeikis has also previously said that the show was always intended to just have three seasons.

Although its fate is unknown, there is still much more to explore in the AFC Richmond locker room — and outside of it. In the season 2 finale, it was revealed that Mohammed’s Nathan Shelley joined the coaching staff of rival West Ham United following his resentment and outbursts toward Ted. Nate’s hair went from black to completely white to also emphasize his character development and downfall.

“The romantic part of me would love for it to be a redemption story because I feel the show does that very well,” Mohammed told Us. “But then equally, and knowing what I know and knowing what everyone knows in the way Nate behaved, not just to Ted, but to the whole club and how inappropriate he was with Keeley [Juno Temple] and going for the kiss and his reaction to that when he was just more annoyed at the fact that Roy [Goldstein] wasn’t more annoyed, which is weird and a bit narcissistic. I think that he could have just overstepped too far.” 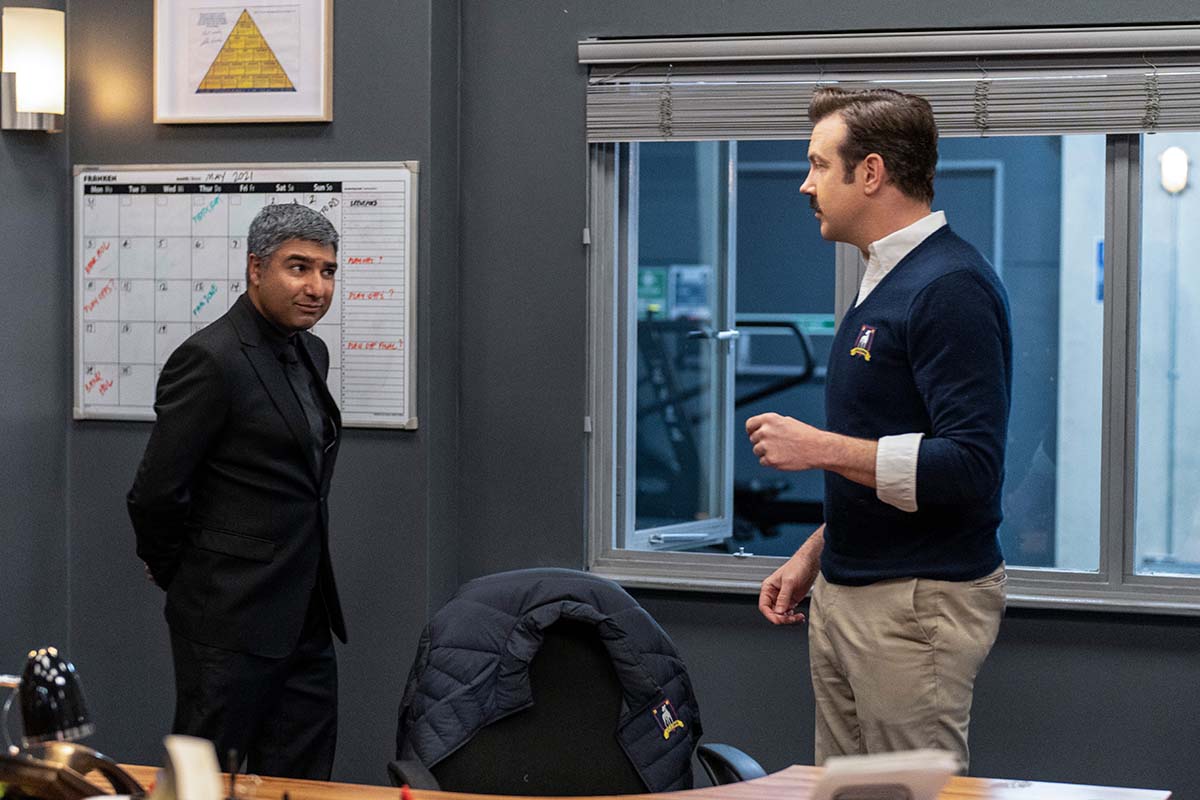 The series has taken home several accolades since its 2020 debut, earning Outstanding Comedy Series at the Emmys in 2021. Sudeikis, 46, Goldstein, 41, and Hannah Waddingham have also been recognized for their work.

“When I read the scripts, I was like, ‘Well, these are great. And I definitely want to be a part of this show.’ When I was going up to audition for it, that was abundantly clear. When you’re filming it, we had such a great time and we’re like, ‘Oh, I think this is something really different and refreshing.’ And it’s not a snarky, cynical comedy. It feels so wonderful that it is kind of optimistic and hopeful. And so you want it to resonate with people, but you can never preempt the kind of any sort of degree of success, certainly not awards or anything. And it wasn’t sort of on anyone’s radar, but then obviously when it happens, it’s wonderful. Of course it’s wonderful and it’s sort of the icing on the cake,” the Intelligence actor told Us.

“The show really does mean a lot to people,” he continued. “Perhaps not less so with Nate’s journey, I think people were angry at that, but in general, that kind of hopeful message and the spirit of the show. [It’s] beloved and I feel very lucky to be a part of it.”

Like audiences, some of the show’s feel-good inspirational quotes have stayed with Mohammed too. “Just be curious and not judgmental,” he said of his favorite. “I just think if everyone could sort of live by that, there’d be a lot less war, conflict, tension, The world would be a lot better place. And so it feels like a cliché, but it is the one that I constantly think about.”

As the show’s production schedule winds down, Mohammed is taking advantage of his downtime with the cast, and his proximity to set comes in handy even during his off days.

TV Shows Renewed and Canceled in 2022

“We’re having an absolute ball. We’re able to socialize a bit more. Obviously there are still quite a lot of protocols in place in terms of safety and not going kind of crazy, but it’s obviously infinitely more sociable than season two [amid COVID]. It’s been wonderful,” he explained to Us. “I live in Richmond as well. I’ve lived in Richmond since 2014. So when we’re filming in Richmond, like on the green stuff, whether I’m in that day or not, if they go to the pub afterwards, because they’ve wrapped at seven o’clock, I’ll just head down and we’ll have a drink. Those moments are wonderful.”

Ted Lasso season 3 is reportedly set for a 2023 release.