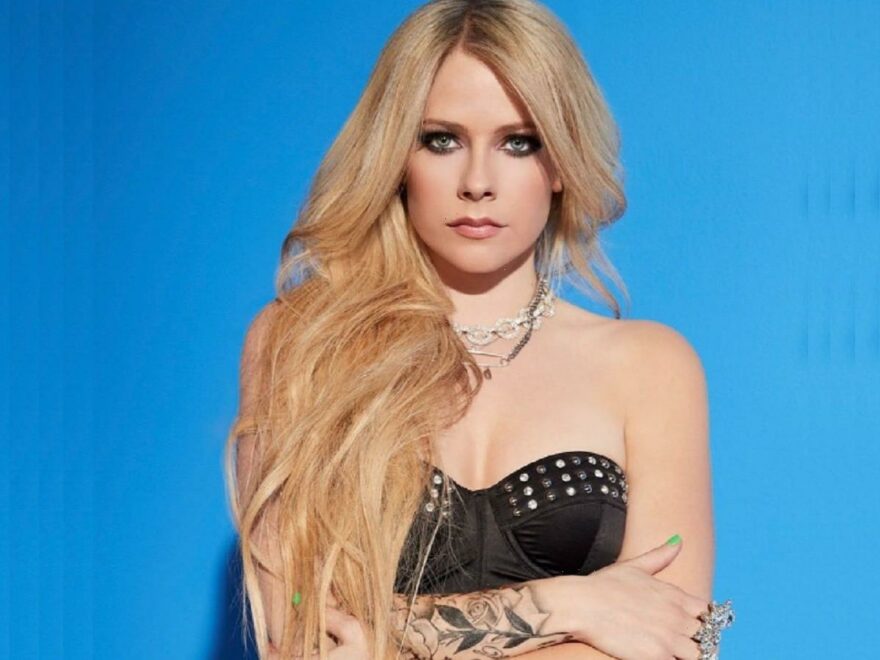 Canadian singer – songwriter Avril Lavigne released an album during the first part of 2022. This signaled her long-awaited comeback to music, with fans worldwide cheering on her return. After signing a recording contract with Arista Records, the pop-punk princess rose to fame when she was just 16 years old. Since the start of her career, she’s since received numerous awards and nominations, including some Grammy Awards nominations. In addition, one of her studio albums reached the top of the Billboard 200 charts in the United States, eventually selling over 10 million copies worldwide.

With her recent studio album being released, fans have noticed that she returned to her punk roots, much to their delight. Avril currently has seven studio albums and one live album. Curious to see which ones are ranked first by her fans? Keep reading below to find out!

Released on February 25, 2022, the latest studio album from Avril Lavigne, Love Sux, is the lowest ranked album to date, but that’s because the total sales for the year haven’t been covered yet. Commercially, however, the album has debuted at a number three spot on the Billboard Canadian Albums chart and is the seventh album to enter the US Billboard 200 chart. It was well-received by fans worldwide, making it Avril’s highest-rated album. As of writing, the album has over 30,000 equivalent album units, with 19,000 copies being pure album sales.

Avril’s sixth studio album, Head Above Water, is one of the artist’s lowest-ranking albums by sales so far. Released on February 15, 2019, the album drew inspiration from Avril’s battle with Lyme disease. She says the album was an emotional journey to success for her as she also assumed a primary role in the album’s production. While some critics praised the artist’s vocal range and musical themes, others noted that the album sounded too generic for the punk princess, criticizing the lyrics of certain songs. That being said, Head Above Water still garnered over 161,000 copies worldwide.

My World is Avril Lavigne’s first live album/DVD. It was released on November 6, 2003, with the DVD of 16 songs taken from her first live performance tour, the Try To Shut Me Up Tour at the HSBC arena. The songs in the album were taken from her debut studio album, Let Go, and the remaining pieces were covers; it features one B-Side song, Get Over It—the album’s success had over 100,000 copies sold in the UK alone.

The self-titled fifth studio album, Avril Lavigne, is the third on this list. The album, released on November 1, 2013, through Epic Records and Sony Music Entertainment, received positive reviews from music critics. Some praised the carefree and feel-good vibes of some of the songs, while others disapproved of the rebelliousness of some of the tracks, saying that it was insincere and forced. Despite what the critics have said, the album sold 47,873 copies in its first week and had over 732,000 sales worldwide.

The fourth studio album, and coincidentally, the fourth one on this list, is Goodbye Lullaby. Released on March 2, 2011, the album is primarily a pop rock album which sold millions, with a reflective view from Avril herself, which means the songs contained stripped-down instruments, such as the piano and the acoustic guitar, instead of her signature electric guitars and synthesizers. When it was released, critics had a lot to say about it, which earned Goodbye Lullaby mixed reviews. However, the album was well-received by fans, eventually selling 1.5 million copies worldwide.

The Best Damn Thing is one of Avril Lavigne’s popular albums. Released on April 11, 2007, the album represents Avril’s departure from pop punk and incorporates musical elements reminiscent of post-grunge music. The album was one of the commercially successful albums released by the singer, with critics praising Avril’s transition in musical choices and making catchy and radio-friendly songs. Some, of course, still found the lyrics brutal or rough. However, it still debuted at the number one spot on the US Billboard 200. Eventually, it sold over 6 million copies worldwide.

Released on May 19, 2004, Under My Skin are Avril Lavigne’s second studio album and her second-highest-selling album of all time. The album debuted at the number one spot on the Canadian Albums Chart and the US Billboard 200. The album has dark, heavy, aggressive content that takes cues from the post-grunge music scene and has more melodic, rock-influenced songs. Despite the theme, critics generally received positive reviews, with some even saying it’s one of the albums that defined the pop-punk genre in the early 2000s. It eventually sold over 10 million copies worldwide.

A post shared by Music In My Ears (@musicinmyears_)

Avril Lavigne’s debut studio album, Let Go, is still her highest-selling album to date. Released on June 4, 2002, the album has an alternative rock feel with a post-grunge-oriented sound. At the time of its release, the album was credited as the biggest pop debut of the year and was even certified Platinum seven times over in the United States. According to Billboard, the album was the 21st best-selling album of the decade, and Rolling Stone’s readers’ poll even named the album the fourth-best album of the 2000s. Let Go has since sold over 16 million copies worldwide.