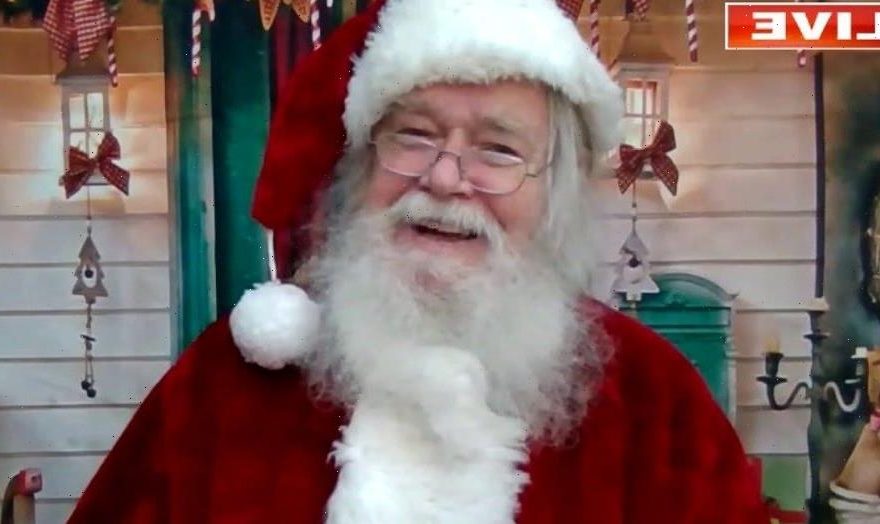 Santa Claus talks about his long night of delivering presents

You might know Santa Claus lives in the North Pole with Mrs. Claus and a team of reindeer and elves, but do you actually know where this legendary Christmas character comes from?

Historians believe the lore of Jolly Old Saint Nick actually began with Saint Nicholas, an early Christian bishop who’s said to have been generous and kind toward children in 3rd and 4th century Myra.

According to History.com, the Greek saint gave away his wealth and traveled the countryside of what is now considered modern-day Turkey. Tales of Nicholas helping people in need were spread for decades, which ultimately led to him becoming one of the most revered saints in all of Europe. 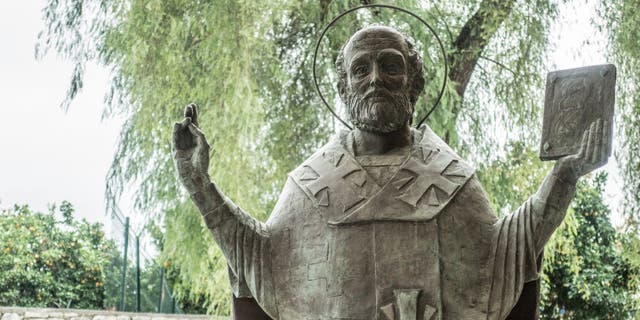 While written records on the famous Christian saint are scarce, surviving tales suggest Nicholas donned red robes – a rumor that’s often reflected in depictions of him. Historians theorize that these red robes contributed to the evolution of Santa, whose name comes from the Dutch nickname for Sint Nikolaas – Sinter Klass.

The Saga of Saint Nicholas made its way to the U.S. and it eventually received national attention in the late 1700s with the influx of Dutch immigrants in New York.

By the early 19th century, American merchants, artists and writers began to move away from the historic saint in favor of fantastical tales.

SANTA MAKES MONEY AND MAGIC AT THE MALL 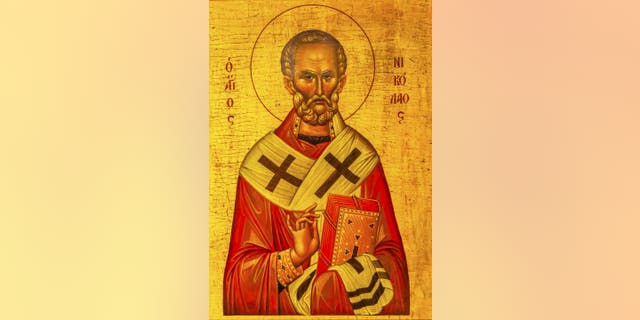 Saint Nicholas reportedly wore red robes while he lived a life of piety. Historians theorize that these red robes contributed to the evolution of Santa, whose name comes from the Dutch nickname for Sint Nikolaas –Sinter Klass.
(iStock)

Pintard, a merchant and founder of the New York Historical Society, used and sold imagery of Saint Nicholas to combat British influence. Around the same time, Irving, a short-story author, wrote a satirical passage about a gift-giving Nicholas in his first novel, “Knickerbocker’s History of New York” (1809).

In one excerpt, Irving wrote, “Nicholas would often make his appearance in his beloved city, of a holiday afternoon, riding jollily among the treetops, or over the roofs of the houses, now and then drawing forth magnificent presents from his beeches pockets, and dropping them down the chimneys of his favourites.” 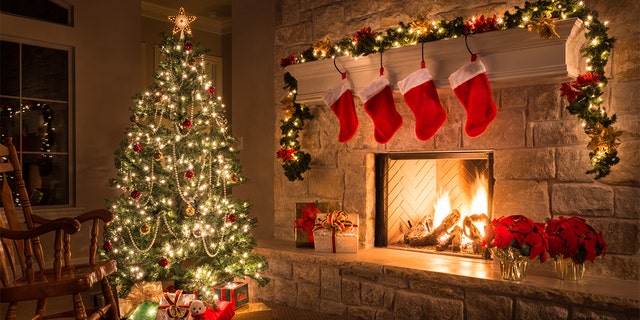 The first drawing of the Santa the world knows and loves came from Nast, a German-American cartoonist who illustrated a jolly suit-wearing and bearded Saint Nick in 1863 for Harper’s Weekly. Nast continued to draw depictions of Santa and eventually, he ditched Santa’s stars- and striped-patterned suit for a solid red number with white fur trim.

Nast’s most famous Santa portrait was created in 1881 and is titled “Merry Old Santa Claus.” The drawing shows a rosy-cheeked and white-haired Santa holding a pipe and an armful of toys along with a sack, pocket watch and mistletoe.

“Miracle on 34th Street” is a classic American Christmas movie that families have enjoyed watching for more than 70 years. Edmund Gwenn plays the role of Kris Kringle, and his performance doesn’t disappoint. In the remastered color version, there’s no denying Kringle’s signature red suit.

Santa’s story gets a little whacky with Disney’s 1994 Christmas movie, “The Santa Clause.” But, that hasn’t stopped it from being a hit. Tim Allen plays the role of Scott Calvin, a divorced dad who’s forced to take on the role of Santa after a fatal accident. Putting aside that one dark detail, audiences have found the fantasy-comedy hilarious and some even consider Allen to be the real Santa.

Not every Christmas commercial can stand the test of time. That’s not the case with the Mars Wrigley company’s famous “[Santa] Faint” commercial for M&M’s. The 2006 candy ad is a recognizable favorite that’s gotten played on TVs in the U.S. and six other countries for several years. Actor Robert Machray plays the role of a surprised Santa while Billy West voices the Red M&M and J.K. Simmons voices the Yellow M&M.

Kurt Russell in “The Christmas Chronicles” (2018)

Netflix made Santa jolly and cool with “The Christmas Chronicles.” The 2018 film is an action-adventure stars Kurt Russel as Santa, who has to fight to save the day after two children derail his Christmas delivery plans.