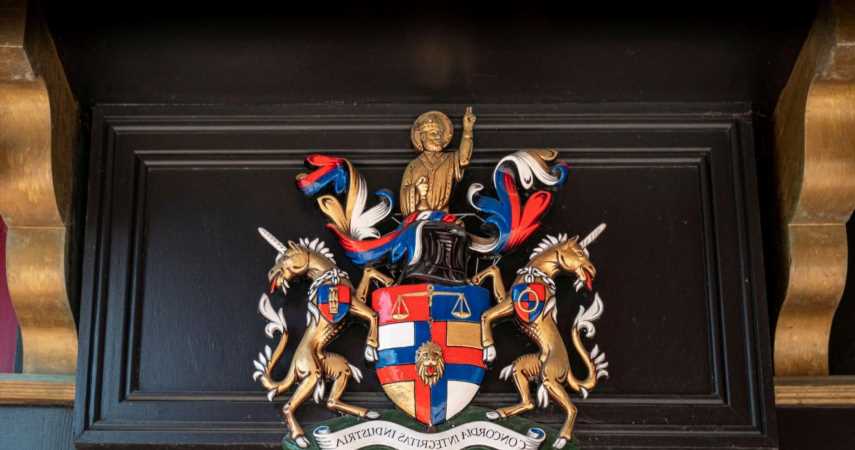 The world’s filthy rich elites may not flaunt diamond pinky rings or wear the most attention-grabbing outfits, but that doesn’t mean they don’t have the financial resources to do. Among some of the most wealthy families, such as the Rockefellers (not Jay-Z’s clothing brand), whose family net worth is $11 billion, and the Walton family who own Walmart and are worth $152 billion according to the Bloomberg Billionaire Index; they pale in comparison to The Rothschild Family. Dating all the way back to the late 18th and early 19th centuries, the Rothschilds began making lucrative investments that would set them up for generations to come – the definition of generational wealth. Today, they not only have their hands in the oil and gas industries as well as the mining and wine business, but they also have an extensive real estate portfolio. Here are 9 ways in which The Rothschilds spend their billions.

While the Rothschilds don’t need to flex their financial muscles by buying a garage full of high-powered supercars, they aren’t above splurging on a superyacht. It may not be as expensive as President Vladimir Putin’s $700 million mansion-on-water, but the Planet Nine superyacht is an investment one of the newer generation Rothschilds, Nat Rothschild, made for more than fun and pleasure in their leisure time. Priced at $102 million and built in 2018, the vessel is 240 feet long with out-of-this-world features such as a helipad, beach club and spa, with an interior done by only the best German interior designers. According to The Royal Gazette, the superyacht accommodates up to 16 guests, not including the 26-member crew. Nat Rothschild rents out the Planet Nine yacht for $725,000 per week and $650,000 in the winter.

As we’re aware, the Rothschild Family Dynasty dates back centuries ago, and their wealthy status dates back just as far. Built by the banker Nathan Mayer Rothschild in 1835, Gunnersbury Park was Rothschild’s first land and house estate in Great Britain. He purchased the huge spread of land at the time for $70,000 pounds, and after erecting the posh mansion and decorating the surrounding landscape, its value would immensely increase to $132 million roughly 100 years later. It was sold for this price to the Ealing and Acton Councils of London. While the price seems steep, the entire property is estimated at much more. Not even some of Hollywood’s most extravagant mega-mansions are priced so high!

At the mention of Chateau Mouton Rothschild, what may come to the mind of any wine connoisseur is the rich and savory brand of wine that the elitist family ferments and produces on the property, which is estimated to be worth $!50-$200 million. However, this figure is merely for the price of the Bordeaux estate in France. The wine production being manufactured on the compound will undoubtedly increase the overall price of the property. Not even the finest celebrity-owned wines and liquors in Hollywood could compare with the quality of The Rothschild’s cabernet and sauvignon wines harvested on 222 acres of vineyard and can peak at $700 a bottle.

Located in the village of Waddesdon in Buckinghamshire, England, this stunning estate is one of the prized jewels on The Rothschild’s long list of breathtaking estates. The massive construction was built for Baron Ferdinand De Rothschild and his family in 1877 for the price of $1.5 million pounds. With added inflation, its price would skyrocket to a hefty $210 million pounds, or roughly US $250 million. How’s that for a profitable long-term investment? In addition to its magnificent architecture, the mansion also holds a number of expensive portraits collected by Baron Ferdinand during his lifetime, along with other antique treasures. These priceless paintings may be vastly different in appreciation from Chris Brown’s Tarzana home artistry, depending on your perspective. The property also features a museum that boasts 460,000 visitors each year.

Compared to the real estate portfolios of Hollywood stars like the acting legend Jack Nicholson or Tom Hanks, The Rothschilds own enough property from America to Israel to make the combined properties of both actors seem like a drop in their bucket. While the family of bankers can already boast of an impressive number of estates, that’s only a small fraction of their almost trillion-dollar net worth. Among their hundreds of businesses across the globe, one of their most lucrative is Agora Oil and Gas, which Lord Rothschild purchased for $370 million. This was a power move by Lord Rothschild since oil and gas are resources that every country with vehicles, electricity, heating, and stoves need. Today, Agora Oil and Gas is worth $1.4 billion.

Along with other priceless artifacts of gold and silver as well as lavish furniture, The Rothschilds also have a wide variety of different art collections, going back as far as the 16th and 17th centuries. Authentic art is an investment that many of the rich and famous have willingly invested in, from the Hollywood heart-throbs Leonardo DiCaprio and Brad Pitt to Steven Spielberg and rapper/CEO Jay-Z. But when it comes to the royal art pieces and furniture hoarded by one of Europe’s richest families, they own a cool $2 billion worth. The Rothschilds’ art collection even attracted the likes of the Nazi Warlord, Adolf Hitler, who took a few of their paintings while in France during World War 2.

The Rothschilds have long been the subjects of scrutiny and suspicion, especially among crowds of conspiracy theorists who believe that their ridiculous wealth is a result of their infiltration of the global banking systems. Their suspicions will be gratified once they learn of the Rothschild Investment Trust, established by Jacob Rothschild, to oversee the family’s banking assets in England. The trust became known as the RIT Capital Partners and its worth is now $7.7 billion. This figure may be minuscule in comparison to J.P Morgan Chase & Co. whose worth is $2.62 trillion, but it’s a lot for a private entity. The headquarters for the mega-trust is located in the Spencer Building in the heart of London. Decorated with golden fixtures and antique furniture, the massive structure is estimated to be worth $42 million, but what’s inside the building is what really counts.

If there’s one thing about The Rothschilds is their knack for investing in high-demand business endeavors that always seem to turn to gold, literally! A large portion of their wealth is attributed to the amount of gold that they collect. However, even more valuable than their precious metals are the mining corporations that they own, with one of them, Rio Tinto Mining Corporation, being the second largest metal mining corporation globally. Their companies have set up shop all over the world, from Canada, America, and South America to Africa, Italy, China, and Australia, with a worth of $103 billion collectively. You just have to admire the intelligent business mind of The Rothschilds going after the very resources essential to human progress – oil, gas, and metals.

With the amount of financial prowess and business assets owned by The Rothschilds, one can’t help but wonder how many politicians they have in their pocket, especially with the ultimate power move of owning not one, but two mining corporations. According to Reuters, in 2009 Nathaniel Rothschild bought $40 million in Glenmore convertible bonds. Today, the Glencore Mining Company is worth $127.5 billion, making this single asset of their worth more than the Facebook founder, Mark Zuckerberg, who has a net worth of $126 billion. With 31 mining agencies in operation in Australia alone, they are one of the biggest employers in Australia. The Golden Rule reads: “He who holds the gold makes the rules.” Could this be the case with the multi-billion-dollar banking family? Whether or not it is, they’re the kings of this world on many levels.

READ NEXT: The Story Of John D. Rockefeller: The Richest Man Who Ever Lived