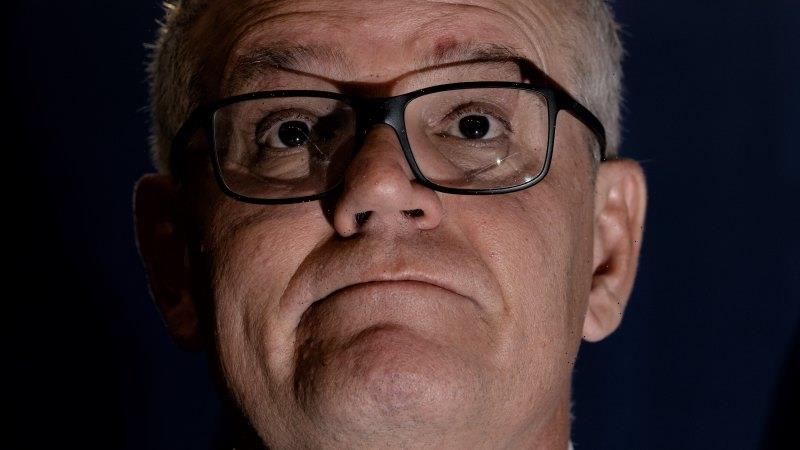 It’s not breaking news that Scott Morrison has trouble with women. His “woman problem” was one factor in his election defeat.

But really, his treatment this week of Karen Andrews, his former home affairs minister, was particularly gratuitous. 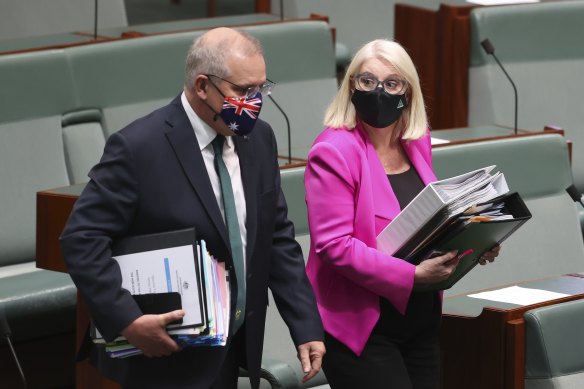 Karen Andrews in Parliament with Scott Morrison in 2021.Credit:Alex Ellinghausen

By Tuesday, Morrison had contacted Mathias Cormann and Josh Frydenberg (both now out of parliament) to apologise personally for failing to tell them he was wading into their portfolios, unannounced.

It took until Thursday morning, after Andrews had said on TV that she hadn’t heard from him and Peter Dutton had publicly told him to contact her, for Morrison to finally get in touch.

Didn’t he think Andrews, who is shadow home affairs minister, deserved the same courtesy as the former finance minister and former treasurer?

If Morrison had called on Tuesday, he certainly could have received an earful. Andrews was declaring he should quit parliament.

The Morrison affair might be about events in the past, but controversy around him will continue to flare, burning the opposition.

The former PM affirmed at his train-wreck Wednesday news conference that he would remain in parliament as “a quiet Australian […] doing my job as a local member”.

He’ll be a pariah in the party room and a lightning rod for trouble for the Liberals. Fast-forward and another book will be published in December, Bulldozed, by journalist Niki Savva, a trenchant critic of Morrison. It will bring more stories and bad publicity.

“The issue isn’t whether an apology has been given to Mr Frydenberg or Karen Andrews or others. The issue is that the apology is owed to the Australian people.”

Coalition members are acutely aware of the harm his continuing presence will do them. While most may be shy of saying publicly that he should leave, their blunt criticisms indicate the mood. Anger has deepened during the week.

But Morrison doesn’t have an alternative job. And there’s the question of a byelection.

Maybe his friends could help with the job search. The byelection is a weighing of downsides. Which would be worse: Morrison remaining in full target range or the hazards and cost of a Cook contest?

If he could be persuaded to go soon – as he is expected to do at some stage in the term – it would benefit the Dutton opposition.

There was a substantial swing against him in Cook at the election, but he ended with a hefty 62.44 per cent of the two-party vote.

We see some huge swings in byelections these days, as when former NSW premier Gladys Berejiklian resigned (although her seat was retained). But Cook would be hard for Labor or a high-profile independent to win, and Liberal sources believe it would be held. The Liberals could benefit if they ran a credible local female candidate. (She could campaign on “Solving the woman problem” – just joking.)

The NSW Liberals, facing a March election, wouldn’t welcome an expensive federal byelection. But they’ve got bigger problems and the horror publicity around Morrison is unhelpful to the Liberal brand generally.

Having enjoyed days of political free kicks, the Albanese government is mulling its next steps as it awaits advice, due on Monday, from the Solicitor-General on the legality of Morrison’s actions.

Separately, Morrison’s failure to inform parliament he’d had himself appointed to multiple ministries could be referred to the privileges committee.

It might also be (though this isn’t clear yet) that the present House of Representatives practice needs clarifying or strengthening on disclosure.

If Morrison’s conduct becomes an issue on the floor of the house, opposition members will have a delicate dance, between defending their former leader and distancing themselves from him.

Albanese has been heavily milking the story. On Thursday he said: “The issue isn’t whether an apology has been given to Mr Frydenberg or Karen Andrews or others. The issue is that the apology is owed to the Australian people.” 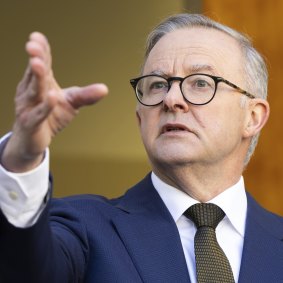 But the government knows it must be careful not to overstep the mark – that it must follow the proper procedures, especially in parliament.

Also, it will want the public’s attention on its own agenda. The next parliamentary sitting comes only a couple of days after the jobs summit.

The government will need focus on the positives out of that gathering. Many voters might be appalled about Morrison, but for most there are more immediate preoccupations, especially the rising cost of living.

Former ministers weren’t the only ones in for a nasty surprise with the revelations that flowed from the publication of Plagued, by Simon Benson and Geoff Chambers. Governor-General David Hurley has taken a degree of pillorying this week that has probably shocked him.

Obviously, Hurley knew about the appointments because he formally made them. In doing so, he was acting quite properly, following government advice.

But the issue around him has become: did he do enough? Critics say no – that he should have questioned this unusual course and warned that the appointments should be disclosed.

Hurley is clearly feeling sensitive. He has issued two statements explaining his conduct, the second saying he had “no reason to believe that appointments would not be communicated”.

We don’t know precisely, but quite likely what happened was that Hurley got the paperwork – the process was administrative, Morrison was not sworn in face to face – and regarded it as routine, not giving it further thought. Remember also, the process was strung out, with a maximum of two ministries involved at one time.

Hurley said: “It is not uncommon for ministers to be appointed to administer departments other than their portfolio responsibility”. True, but the prime minister is not just any minister. Hurley didn’t twig that he was in fact dealing with something very uncommon. 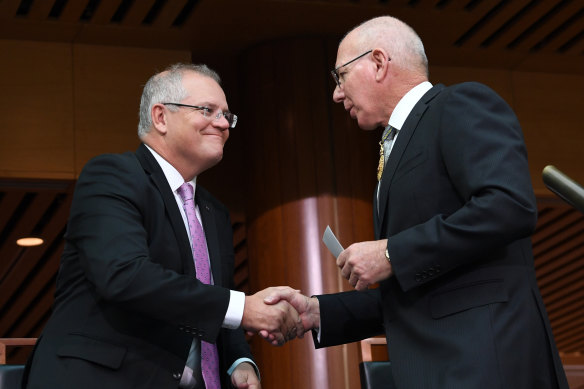 Governors-general vary in how they operate in the more informal part of their role, which is to question and counsel.

Paul Hasluck, who held the office during 1969-1974, said in his 1972 lecture, “The Office of Governor-General”, that “the personality and qualifications” of the occupant may affect how they do the job. (Hurley is a former chief of the defence force and a former NSW governor.)

Hasluck went on to say the governor-general’s “dominant role is as one who uses his influence to ensure that there is care and deliberation, a close regard both for the requirements of the law and the conventions of the Constitution and for the continuing interests of the whole nation”.

The influence of governors-general will vary according to how they are respected, in terms of wisdom, experience, discretion and the like, Hasluck observed. But the governor-general’s “influence would disappear altogether if he were thought of as one who would do whatever he was told without asking the reasons why”.

Albanese is backing Hurley. As he should, even if Hurley fell short of what he might have done to curb Morrison. But it is clear Hurley’s reputation has been damaged by what he – apparently – didn’t do.

Scott Morrison leaves casualties all over the place. His own legacy is, of course, the biggest casualty of all.

Michelle Grattan is professorial fellow at the University of Canberra. This article first appeared on The Conversation.

The Opinion newsletter is a weekly wrap of views that will challenge, champion and inform your own. Sign up here.