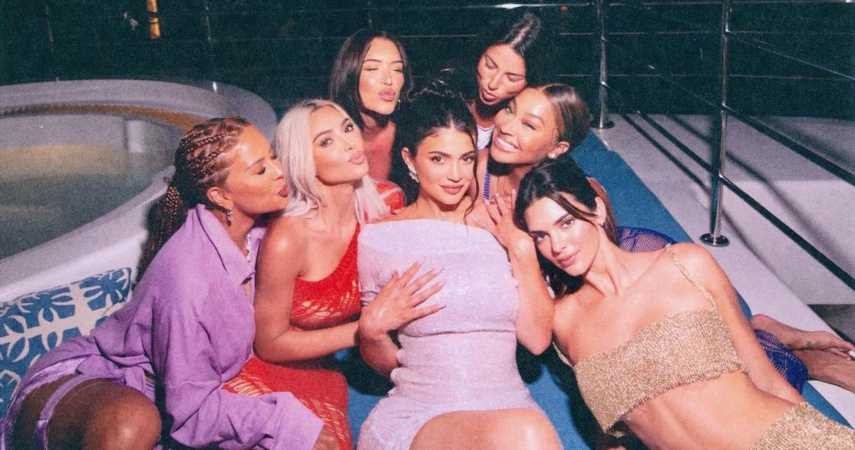 Celebrities throw the most outrageous parties when celebrating any life event.

From the concert stage mimicking the Rolling Stones Rock and Roll Circus at supermodel Kate Moss’s $100,000 birthday party to Paris Hilton’s $75,000 per guest five-day bash for her 21st birthday, Hollywood’s elite sure know how to party in style. To begin with, Jay-Z and Beyonce spent $95,000 on white and pink decor alone for their daughter Blue Ivy’s first birthday. On the other hand, Matt Damon rented out the entire Sugar Beach resort for his vow renewal ceremony with his wife, Luciana. At the same time, Kanye spent millions on an NBA-themed birthday. Let’s look at the most expensive parties thrown by Hollywood’s A-listers.

Rihanna threw a hen party for her best friend, Katy Perry, soon after her divorce at Soho House in 2013. The girls treated themselves to 24-carat gold leaf manicures costing approximately $1,861.

The Hilton heiress is known to party hard and drink harder. In 2010 she treated her friends and sister Nicky to a 24-hour bender at the La Voile Rouge party. According to Daily Star, Paris racked up $350,000 for spilling ten six-liter bottles of Armand de Brignac on the dance floor while partying. Her friends were soaking up in mouthfuls of the champagne being spitted out on the dance floor all night.

The glamorous rapper threw a $400,000 worth birthday party for her one-year-old daughter Kulture in 2019. The Build-A-Bear-themed event came with exclusive custom-made decor. Cardi B also gifted her daughter a $100,000 Elaintte chain and wrote an emotional song to celebrate the special occasion. Moreover, the mother-daughter duo wore matching designer outfits by Jeremy Scott.

RELATED: 12 Expensive Things Cardi B And Offset Bought For Their Daughter Kulture

2018 was a memorable Christmas party for the Kardashian clan and Yeezy founder before their ugly divorce rocked the world. According to Elle, the Skims founder decked up their gorgeous $60 million Hidden Hills home with snow for the Winter Wonderland Christmas party. The entire magical white winter soiree cost approximately $1.3 million. The three-acre property amounted to $350,000 worth of bags of snow for the decor, and there were also large snow mountains costing $15,000 for guests to enjoy sled rides. Immaculate white tents with dance floors costing up to $50,000 each, Christmas props and furniture costing $30,000, and an exclusive concert by John Legend, estimated $500,000 worth of entertainment for the A-lister guest list. Some celebrity elite attendees were Jennifer Lopez, A-Rod, Paris Hilton, and John Legend.

Naomi’s then-millionaire boyfriend, Badr Jafar, threw a glamorous three-day birthday party at the Burj Al Arab Hotel in Dubai in 2006. According to Stylecaster, the entire $ 1,200-a-night suites on 18 floors were rented out for the event. The 72 hours of partying were divided into three different themes per night, all white on the first, hip hop on the second, and Brazilian salsa on the third. DJ Cassidy entertained the star-studded guests throughout, and Campbell flew 90 of her close supermodel friends to the grand island. Prominent guests included former President of the US Barack Obama, the Beckhams, Anna Wintour, Jay-Z, Stefano Gabbana, and other celebrities. Decadent Arabic, European and Far East Asian cuisines lined up the evenings. It approximately cost $600,000 per day, with a total amounting to $1.8 million.

Imagine starting as a mailroom intern and throwing a $3 million birthday bash years later. The media mogul and reality star spent lavishly for his 50th birthday party in 2009 and invited over 400 guests to a 2,000-acre elite property in Hertfordshire, England. The guests were escorted in private limousines to the venue. Supermodels Kate Moss and Naomi Campbell were invited, and so were Gordon Ramsey, Kevin Spacey, Paula Abdul, Olivia Newton-John, and many more.

Rapper P. Diddy is known for his legendary white-themed parties. In 2009, on his 40th birthday, he threw a black-tie event at the Plaza Hotel for an estimated $3 million. The decor cost around $18,000 for elegant white orchids, ballerinas served the guests while floating around, a black-white cake bore his initials, and 500 guests were invited for the exclusive event. The invitees included Kim Kardashian, Jay-Z, and many more A-listers; they were invited to a private concert by Al Green.

The blue-eyed boy of Hollywood is known as one of the highest-paid actors in the entertainment industry. His 38th birthday was celebrated extravagantly at the Darby in 2012. Beyonce and Jay-Z, Cameron Diaz, and Emma Watson were among the esteemed guests. He splurged $3 million alone for Armand de Briganc champagne, counted as one of the world’s costliest drinks. The total estimated cost of the lavish party was $4 million.

The billionaire beauty mogul 2019 spent her 22nd birthday on a rented $250 million luxury yacht – Tranquility. According to Harper’s Bazaar, the mega yacht is the size of a football field. It features a helipad, swimming pool, beauty salon, beach club, Turkish bath, and outdoor bath. It easily accommodates 22 guests with 29 crew members for VIP treatment, and the mega interior is decked in marble, wood, and bamboo. The party hit the Mediterranean Sea towards Italy, and the per day cost was estimated to be $1,249,500 per week.

Money is never a drawback for celebrities wanting to enjoy the pleasures of life on a daily scale. Each party ever thrown just outbids the next one in the land of the Hollywood elite.

READ NEXT: A Peek Inside Kawhi Leonard’s $17 Million LA Mansion