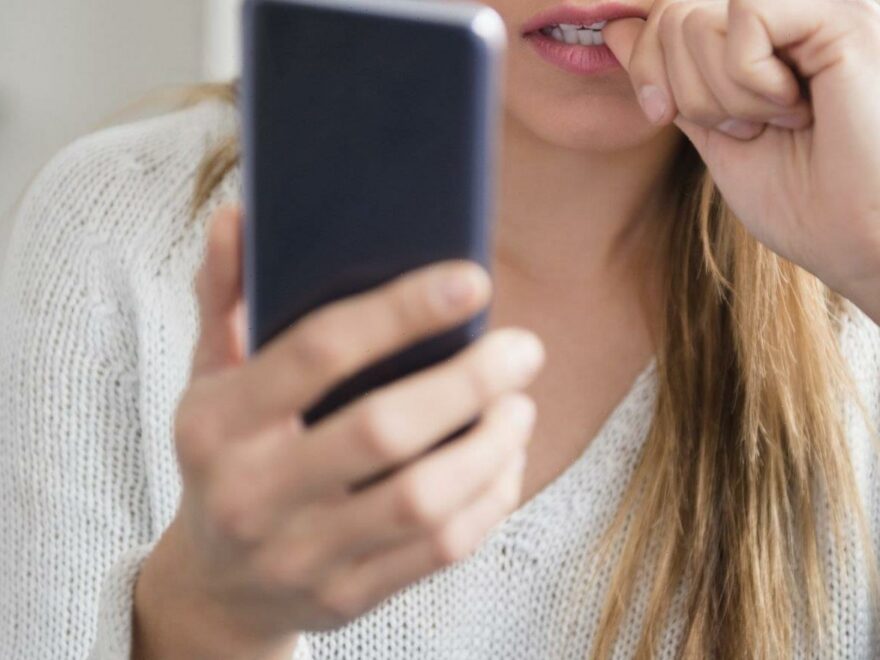 “The mid-month money blues is the result of a culture where many of us are living paycheck to paycheck, leaving us in a never-ending cycle that affects both our finances and our wellbeing,” writes Leah Sinclair.

There’s nothing like that fresh payday feeling you get when the long-awaited funds you worked so hard for finally hit your bank account.

It often leaves me feeling like a new woman. I go from pinching the pennies to emerging out of my cocoon like a newly paid, bougie butterfly, ready for drinks with friends and even a little shopping spree if I’m feeling particularly splurgy.

But, for many of us, that feeling doesn’t last too long.

After a day or two, the realities of life set in. One bill drastically deducts your bank balance and then it’s another and another.

Before you know it, the money has all dried up, it’s only the middle of the month and we’re left figuring out, once again, how to make that money stretch until payday.

That frustrating mid-month feeling, usually two weeks after our previous payday and two weeks before our next (for those who get paid at the end of the month, of course) is the ultimate sweet spot for financial carnage. After spending money on things we need and (rightly so, in the name of self-care) things we don’t, we can find ourselves in a position where we are forced to count the pennies until our next influx of cash – and while it’s something that many of us do, it doesn’t exactly get easier each month.

It’s something that has left me frustrated as I find myself once again debating how much to spend for the remaining two weeks, and it’s a shared experience among many of my late-twenty-something friends.

And while we may spend time bitching over a lack of funds over a cheap bottle of wine, the reality is this is the result of a culture where many of us are living paycheck to paycheck, leaving us in a never-ending cycle that affects both our finances and our wellbeing.

A 2015 study from CareerBuilders found that 31% of British workers say they always or usually live paycheck to paycheck to make ends meet, while a 2018 study found seven in 10 UK workers are “chronically broke”, with only 30% saying they live comfortably.

Meanwhile, a recent report from the Intergenerational Foundation thinktank found that under-30s are likely to be hardest hit by the cost of living crisis.

These studies only add to the further collective feeling of “money in, money out” that continues to be the experience of so many, and it’s reflected in that feeling we get in the middle of the month when we just don’t know what to do with ourselves and our finances.

The mid-month financial blues can hit us hard – but there are some ways to help ourselves, just in case we need a little extra cash.

Monzo, Plum and Revolut are just a few of the free apps that make saving a little easier and often include a feature that will take weekly round-ups from your bank accounts to put into a savings pot. I’ve found that this can definitely come in handy during a month when extra cash is needed.

And, of course, making a few changes to your spending habits always helps. Go through some of those subscriptions you don’t really use and get rid of unnecessary direct debits and change the frequency of some of those habits you’ve developed (expensive morning coffees and takeaways are where I’m trying to cut back).

Finding ways to cut back isn’t fun, but feeling that mid-month pinch isn’t either. Developing a balance between spending what we want and having a little extra just in case is a good way to combat that mid-month crunch. And if we can, then we might be able to hop out of that neverending cycle – even just for a little bit.